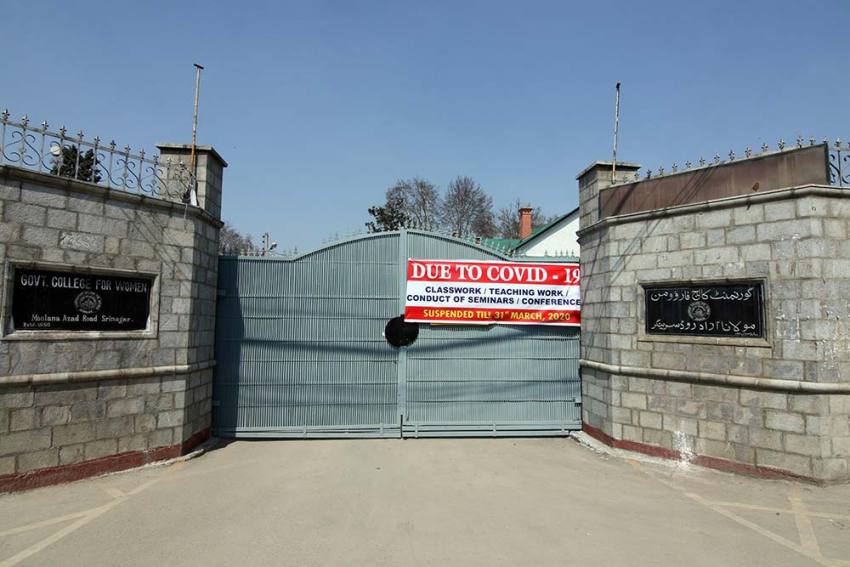 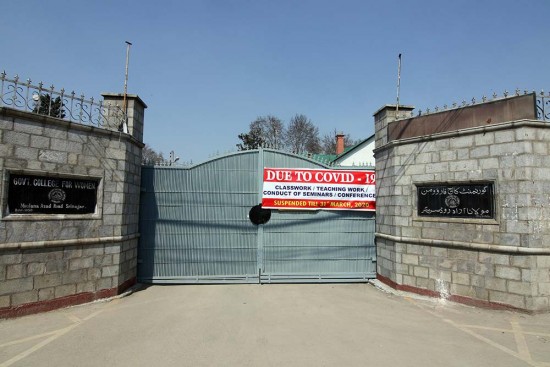 Fakirah Ayub, a student of Class 11, had attended classes for just 10 days when educational institutions in Kashmir were closed again on March 12 after the COVID-19 pandemic reached the region. Coming after a brief hiatus, the current lockdown has extended the closure of educational institutions in the Valley, which have been shut since August 5 last year, when the Centre abrogated Articles 370 and 35-A amid a communication blockade and large-scale arrests.

On April 4, the government asked all schools to start online classes, but students say it is “useless” as the lines get frequently disconnected. “The speed is so low that my mother, a teacher, gave up trying to take classes online,” says a student.

Online education is easier said than done so long as internet services aren’t fully restored. Internet in Kashmir has been restricted to 2G on all mobile networks since the services were restored on January 24. “The moment I start the class, the students say they can’t hear me. I keep shouting and the class remains just a formality. It doesn’t help the students learn anything,” says a government school teacher from Pulwama.

Fakirah appeared for her Class 10 board exams last October during the lockdown. “When the schools were closed, we had just completed 50 per cent of the syllabus,” she says. “The mental pressure was very high when we were told to appear for the exams during the crisis, with all means of communication also unavailable to us most of the time. Yet, I managed to pass and get admission in a government-run higher secondary school for girls. I and my friends thought that finally we will be able to study well, but soon the schools were shut again due to the all-India lockdown.”

Tanzeela, 17, who is preparing for the National Entrance Examination Test, says, “Last year, it was very stressful to appear for board exams in the crisis situation, but this time it is even more difficult. We can’t prepare for competitive exams at home. Even online classes are tough because of the slow internet speed. We are completely discouraged and demotivated.”

“Even online classes are tough due to slow internet speed. We are totally demotivated,” says a student.

On April 10, Asgar Hussain Samoon, principal secretary of the J&K government’s education department, said students cannot download textbooks as internet speed is slow. The demand for restoration of high-speed 4G internet has become louder in the backdrop of the coronavirus outbreak. By April 17, there were more than 300 coronavirus cases in Jammu and Kashmir, and the number is rising. The priorities of the government, however, are clear from its order reiterating that only 2G will be allowed. “The restrictions on mobile internet have been taken in view of reports received from the intelligence and law enforcement agencies, which, among other things, bring out the fact of the attempts made by the anti-national elements to spread propaganda and ideologies through transmission of fake news and targeted messages aimed at disturbing the public order and cause disaffection and discontent as also coordinate acts of terrorism,” the order reads.

When the government restored 2G internet, it banned all social media and allowed access only to some selected websites. To get around the restrictions, many people used virtual private networks (VPNs) to access social media platforms such as Facebook and Twitter. Then government outlawed the use of VPN and the police filed an FIR against unnamed accused involved in “abuse and misuse of social media”. The ban on social media was withdrawn in March, when the government realised it can’t stop people from accessing the platforms. But it is in no mood to restore high-speed internet.

“It makes my blood boil when I see ordinary Kashmiris—students, entrepreneurs, doctors and others—begging the authorities to restore the internet,” says educationist Shazia Bakshi. “You are not doing us any favour. It’s a right that we’ve paid for. By denying it, you don’t make us beggars. It makes you thieves.”

Covid-19 Cases Surge In Delhi. Is The Capital In For A Long Lockdown?