Rent-A-Womb? Wait, The Government Is Planning to Ban It; 'Absurd', Say Experts

Introduced recently in the Lok Sabha, the Surrogacy (Regulation) Bill, 2019 has triggered panic in the Artificial Reproduction Technology sector 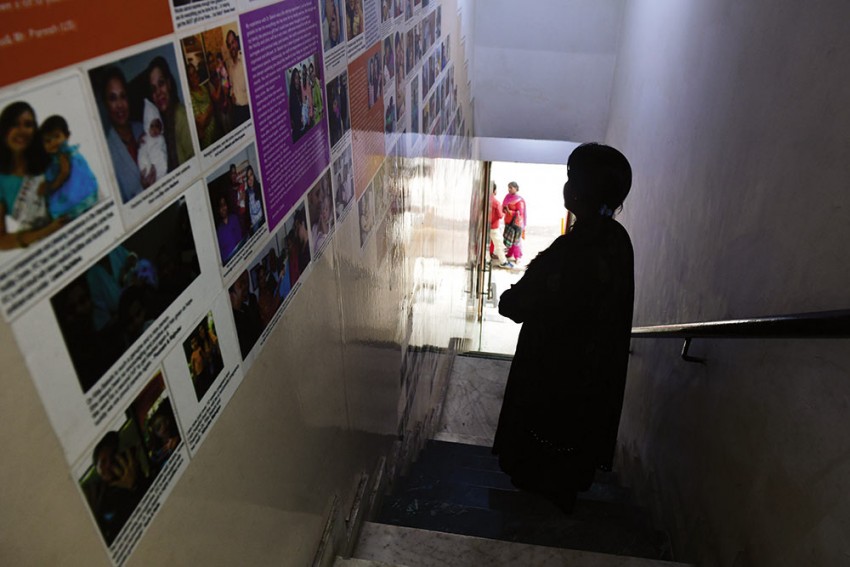 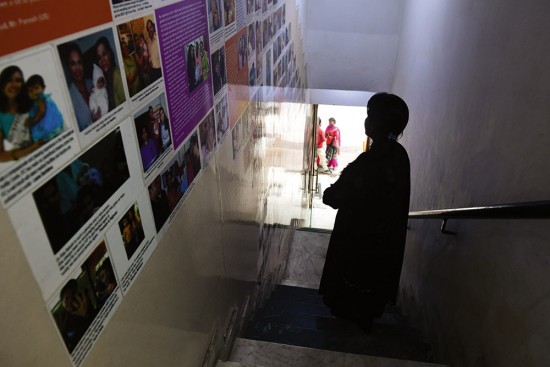 For seven months, Asha (name changed) has been pregnant with a child she can’t call her own. Her seven-year-old son had met with an accident last year, plunging the impoverished family into a debt trap. Then a couple, who couldn’t conceive due to medical complications, asked if she would be a surrogate mother for Rs 3 lakh. Her rickshaw-puller husband and mother-in-law agreed and Asha underwent an in-vitro fertilisation (IVF) procedure at a clinic in Delhi.

Now, two months away from her delivery, Asha is nervous, not for the child she is carrying, but over a law that the central government hopes to enact. The Surrogacy (Regulation) Bill, 2019, introduced recently in the Lok Sabha, seeks to ban commercial surrogacy. It also proposes stringent penalties, including jail terms and stiff fines, for violators. “Many women like me are willing to become surrogates because their family needs the money,” says Asha. “The government, which has never bothered about our healthcare, debts and ­social security, wants to rob us of even our ­autonomy over our bodies.”

The bill has also triggered panic in India’s burgeoning IVF and Artificial Reproduction Technology (ART) sector. Over the past two decades, commercial surrogacy has emerged as a $2-billion industry in the country. The parliamentary standing committee for the department of health and family welfare, which submitted its report on the bill to the Rajya Sabha in August 2017, had estimated 2,000 ­surrogacy births in India—i.e., in a population of 1.3 billion—over the preceding three years.

Lack of a proper legal framework is largely the reason why commercial surrogacy has been possible in India since 2002. The pitfalls att­racted global attention in 2008 when the Supreme Court ruled in the Baby Manji Yamada case. Baby Manji was born on July 25 that year at the Akanksha Infertility Clinic in Gujarat’s Anand to a surrogate mother who had rented out her womb to an infertile Japanese couple. During the pregnancy, the Japanese couple got divorced and refused to accept Baby Manji, leaving the newborn’s fate in a limbo. While granting Baby Manji’s custody to her grandmother, a two-judge bench of the Supreme Court stated that commercial surrogacy is “legal in India”. The fertility clinic run by Dr Nayana Patel came in for harsh scrutiny, while Anand emerged as the epicentre of the country’s “rent-a-womb” industry, witnessing a mushrooming of such clinics. Some even ran hostels for surrogate mothers, and not all were duly registered.

In the backdrop of the Baby Manji controversy and similar cases involving foreign couples, the central government outlawed foreign nationals hiring surrogate mothers in India. In the years since, Indian film celebrities like Shah Rukh Khan and Aamir Khan opted to have children through surrogacy despite already having biological children, while Karan Johar and Tushar Kapoor—both unmarried—became single parents to children born through surrogates.

Introduced recently in the ­Lok Sabha, the Surrogacy (Regulation) Bill, 2019, has triggered panic in the ART sector.

With the courts calling for a legislative framework, the Centre moved the Surrogacy (Regulation) Bill first in 2016 and reintroduced it in the Lok Sabha this year with amendments. Calling commercial surrogacy “exploitative and unethical”, the bill allows only altruistic surrogacy by a married “close relative”, in the 25-35 age group, of the infertile aspiring parent, in which no money besides that spent on the surrogate mother’s healthcare is involved. Only a mother with her own biological child is allowed to be a surrogate, and just once in her lifetime. The bill also requires an “infertile couple”, who need to have been married for at least five years, to seek a certificate of infertility from a government-nominated medical board before engaging a surrogate. An infertile parent too can find a surrogate mother only once.

The parliamentary standing committee had noted that there could be “compulsion and coercion” even in the case of close relatives agreeing for altruistic surrogacy. In fact, the Union ministry for women and child development (WCD) had suggested a regulatory mechanism at the parliamentary committee discussions, but the government chose to overlook it. In his submissions before the committee, Chetan Sanghi, then joint secretary in the WCD ministry had pushed for surrogacy to be allowed for “every Indian woman—married, single, ­divorced or widowed—irrespective of their ability to bear a child”. Opposing the idea of altruistic surrogacy by a close relative, Sanghi had suggested that surrogates must be “empanelled by the states and should have an option to withdraw their names…. A surrogate mother, if declared medically fit, should be provided the option of being surrogate twice in her lifetime, with three years of interval period between two pregnancies.” The WCD ministry had also ­insisted that a complete ban on commercial surrogacy would open the floodgates for an ­unregulated market.

Most experts told the committee that the government should instead make it mandatory for a “comprehensive legally binding agreement between the intending parent(s) and the surrogate mother providing for monetary compensation, its pre and post delivery disbursement and the follow-up care for surrogates.” While finalising the bill, the government rejected nearly all the observations of the committee. 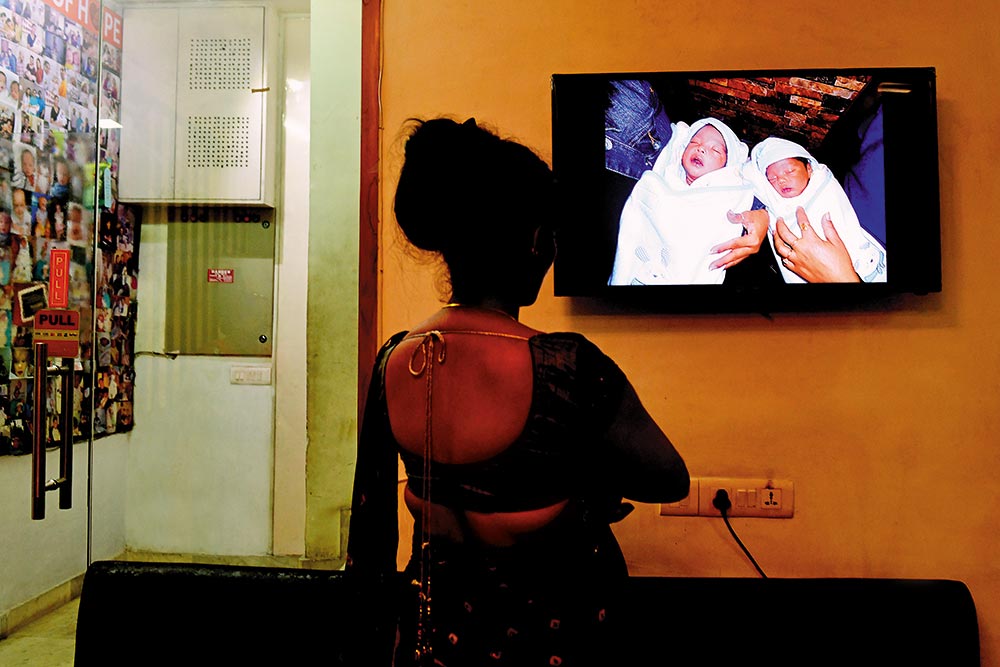 “The bill is patently absurd, lacking in understanding of ART and misplaced in its und­erstanding of social norms vis-à-vis infertility,” says Dr Rita Bakshi, who runs International Fertility Centre in Delhi. “While there was a need for a law to regulate surrogacy, the government has brought in one that prohibits it. The five-year period before which an infer­tile couple cannot seek a surrogate is the most ridiculous clause as many women are born without a uterus, and many men and women have congenital conditions because of which they can never conceive. Why should they have to wait for five years after getting married to have a child through surrogacy?”

“The bill is absurd. It does not understand artificial reproduction technology," says Dr Rita Bakshi.

Dr Rishma Pai, former president of the Federation of Obstetric and Gynaecological Societies of India, feels the requirement of an infertility certificate poses another complication. “Infertility is the most common ground for seeking divorce,” she says. “This bill will make it so much easier for a man, or even a woman, to seek a divorce because a certificate of infertility is a legally acceptable ground for separation.”

The government could also be, unwittingly, violating the Constitution. “The Supreme Court has upheld homosexuality as well as the sanctity of live-in relationships. Adoption is allowed for homosexuals, live-in couples and even single parents. Why then is the government selectively allowing only married heterosexual couples the right to surrogacy?” asks advocate Pritpal Nijjar, member of the International Surrogacy Forum, who believes the provision violates Article 14 (equality before law) of the Constitution.

Critics of commercial surrogacy have pointed to the proliferation of surrogacy clinics and claimed, not always without proof, that several women from financially weaker sections were being lured into bearing four to five surrogate children over seven to eight years, endangering the surrogate mother’s health. A common ­allegation also is that surrogacy clinics and agents who scout for women willing to rent their wombs were cornering a lion’s share of the Rs 12-14 lakh that commissioning parents paid, with the surrogate mother getting Rs 3 lakh or even less.

“The assumption that doctors and agents shortchange the surrogate mother is misplaced,” argues Dr Bakshi, insisting that while the surrogate is paid Rs 3-5 lakh, the rest mostly goes tow­ards expenses for the IVF procedure and hospital charges, besides paying the agent. Seema has been an agent for the past eight years, connecting surrogates with couples and ART clinics. “I get Rs 50,000, which is paid after the delivery of the child,” says Seema, whose husband died a few years ago, leaving her to care for their two children and a mother-in-law. “Earning Rs 6,000 a month as a domestic worker, how was I supposed to run a family of four, pay rent and send my kids to school? I learned about surrogacy from a woman in the neighbourhood, who also put me in touch with a clinic. Now, I visit low-income neighbourhoods and find prospective surrogates in need of money.”

Another agent says that once a woman agrees to become a surrogate, her first task is to speak to her husband and his family. “Only after the family agrees do we introduce the surrogate to the clinic,” she says. “In most clinics I have worked with, the surrogate is asked to open a bank account so the money can be directly transferred to her. We also make sure she gets Rs 8,000-10,000 a month for her personal care, medication and food.”

But why do couples choose surrogacy over adopting a child? Ask Akash and Preeti (names changed), who have been married for three years ago and are contemplating having a surrogate child. Akash has a congenital coronary disorder, while Preeti suffers from severe ­epilepsy and a gynaecological problem. “Our doctors told us that while we have no fertility issues, it isn’t safe for us to have a baby,” says Preeti. “We first thought of adopting a child, but felt we should have a child who is our own blood. Surrogacy seems like a win-win thing. We get a child and a needy woman gets money. What is wrong in that?”

In a country where infertility remains a stigma and families place a premium on a child who is “apna khoon” (our ownblood), Akash and Preeti’s desire for a surrogate child and not an adopted one is, perhaps, understandable. Dr Patel, whose Akanksha Clinic has seen about 1,200 surrogate births since 2004, says the government’s “intent of making commercial surrogacy appear like the villain” is the result of “patriarchy and a misplaced sense of morality”. Of the total number of pregnancies accomplished through IVF/ART procedures in India, she says, “surrogate births comprise just about 2 per cent” and if the government really wanted to regulate surrogacy and not ban it, it should have taken the views of experts more seriously. And now, given the majority the BJP-led government enjoys in the Lok Sabha and its growing strength in the Rajya Sabha, the passage of the bill in its current form is, perhaps, a foregone conclusion.