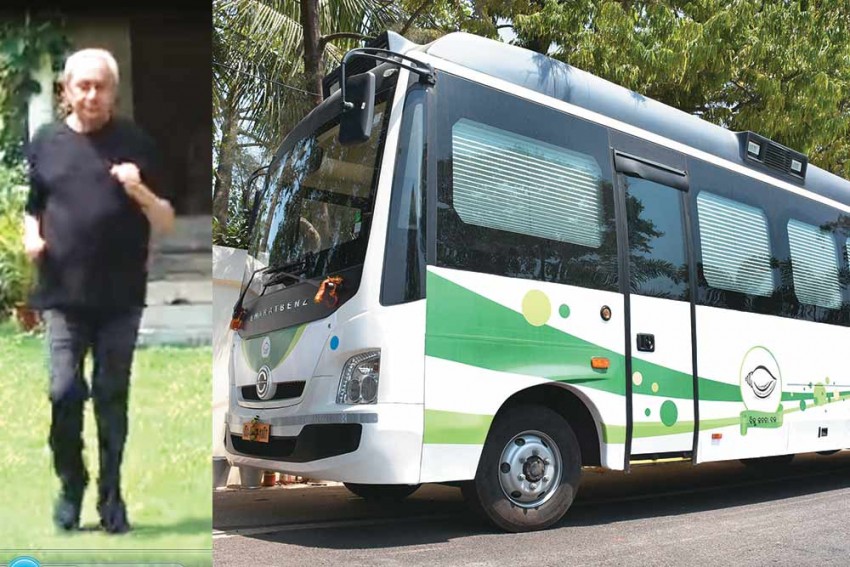 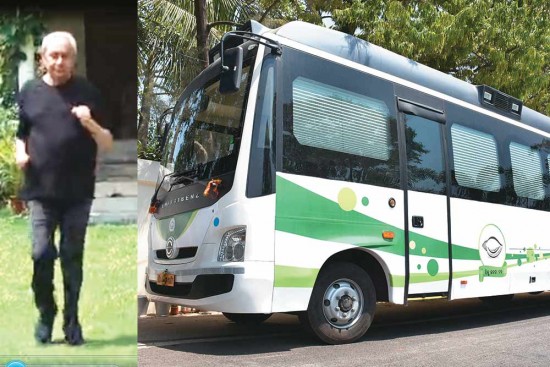 It has been par for the course in Tamil Nadu, Karnataka and up north for years. But Odisha had not seen anything like this before. A hi-tech bus, fitted with gadgets customised to suit the requirements of its occupant—Odisha chief minister Naveen Patnaik—during electioneering. No wonder, the bus itself is getting as many eyeballs as its illustrious occupant.

Sample this. Painted green and white to match the colours of the BJD, the air-conditioned bus has a hydraulic lift to allow the BJD boss rise through a roof vent to address or waive at the crowd, a spacious bed for a power nap, a comfortable sofa, an audio-visual set, en suite, and a mini conference hall! Internet, satellite TV and VSAT facilities complete the RV’s ensemble.

The bus was a big draw when the CM embarked on what is going to be a grueling campaign lasting 25 days, from Berhampur in Ganjam district, his home turf, on April 3. He will cover all 147 assembly constituencies.

Party sources say two such customised buses have been hired for the campaign. But they are tight-lipped about the money. There is a fleet of 44 vans with audio-visual kits, which will take Patnaik’s message across—that he is fighting fit for his people.