Ram Mandir Will Be A Part Of Our Election Campaign: Jharkhand CM Raghubar Das

Jharkhand chief minister Raghubar Das speaks to Outlook about his government’s achievements and why he is not cowed down by setbacks to the BJP. 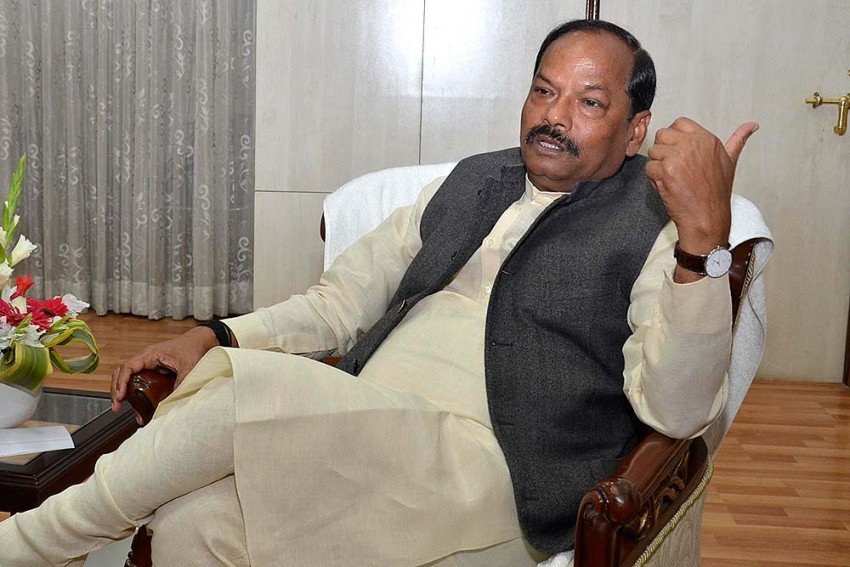 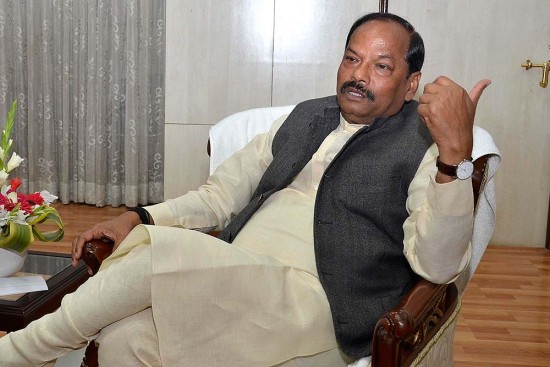 Jharkhand chief minister Raghubar Das is confident about winning a second term in office despite desertion by allies and rebellion by senior party members. Ahead of the first phase of polling on November 30, Das speaks to Preetha Nair about his government’s achievements and why he is not cowed down by setbacks to the BJP. Excerpts.

Your target of 65+ seats in the election is almost double of what you scored last time. How confident are you?

Our stable government has delivered what we had promised. The welfare schemes launched by the double-engine government (BJP governments at the Centre and state) have benefited people and they have full faith in us. The voters have realised that a stable government is the need of the hour. During campaigning, women and young people came out in droves to bless us.

Long-time allies like AJSU, LJP and JD(U) have left the BJP and the party is facing rebellion. Will it cast a shadow on your prospects?

We tried our best to accommodate the allies.  AJSU has been an ally since 2000. But then, they wanted more seats than we offered. So they split with us. But we have the support of our cadres. We are not worried as we have a strong base in Chhotanagpur. We have the most number of MLAs and MPs from there. In the Lok Sabha elections, we sacrificed one of our sure-shot seats to AJSU and fulfilled our duty towards the partner.

Your former colleague and state food minister Saryu Roy is pitted against you in Jamshedpur (E). Are you worried?

It will not have any impact in this election. Jamshedpur is a microcosm of India and people belonging to different rel­igions and faiths live there.

There are reports of disenchantment in the party against your leadership and projecting you as the CM for a second time.

It was decided by the party leadership. There is no reb­ellion in the party. The leadership has shown faith in me.

Saryu Roy has leveled corruption charges against the government...he was also upset over BJP fielding Bhanu Pratap Sahi, who has been charged in a medical scam.

Let Congress take care of its family. A situation like Maharashtra won’t happen because Congress won’t get more than three or four seats.

Why not? Jharkhand is part of India. The issue was in court for many years. We have to tell the public that a stable government at the Centre helped in solving the dispute. Ram Mandir issue was never an election plank. But Lord Ram represents Indian culture. Both Hindus and Muslims have welcomed the SC verdict.  We will be definitely talking about Ram Mandir during our campaign. Whatever happening in the country will have its impact here too.

Your government had promised to eradicate Maoists in the state. However, there were some gruesome Maoist attacks in the past week.

Ours is the first stable government in the history of the state.  The opposition can’t level any allegations against us. When the previous governments were in power, corruption and Maoist violence used to rule the headlines. In the last five years, my government has done tremendous work in tackling Maoist violence in the state. I am not saying that we are fully successful in this. But now the public can live without fear. We have also ens­ured development in those areas by constructing roads and providing electricity. We have liberated thousands of young people from the Maoist zones.

There are also allegations against your government reg­arding amendments in the Land Acquisition Act and Forest Rights Act.

It is false propaganda by the opposition. During the Parliament polls also, they ran this campaign against us.  I raised this question in a tribal settlement during the election and they denied such charges against our party. Parties like JMM played politics at the cost of development in the tribal belts. Now these lies wouldn’t work with the community anymore.

Will the opposition alliance of JMM, Congress and RJD pose a challenge to BJP?

Their alliance will bite the dust this time. Many of their leaders have deserted them and joined our party. They knew that the BJP will come to power for the second time and development is possible only through BJP rule. They realised that our party res­pects an ordinary worker and he can go on to become PM or CM. Congress and JMM play only dyn­asty politics. Jharkhand and the whole country have rej­ected family politics.

BJP has also seen many desertions…

The alliance of JMM, RJD and Cong will bite the dust this time...The country has rejected family politics of Congress and JMM.

Will the developments in Maharashtra have an impact in Jharkhand? The opposition says the BJP will resort to horse trading if it fails to get majority, like in Maharashtra….

It’s a hypothetical situation. Let Congress take care of its family. A Maharashtra-like situation won’t happen here because Congress won’t get more than three or four seats. They lack leaders or cadre in the state. Every state is different. Jharkhand is a tribal-dominated state.

What if there is a hung assembly?

There’s no question of hung assembly. BJP will win more than 65 seats.

I am confident that people will rally behind us because of our focus on development. For the welfare of farmers, we have PM Kisan scheme which allocates Rs 6,000 per year to each farmer. Apart from that, we have ‘Mukhyamantri Krishi Ashirwad Yojana’ under which a farmer with an acre of land gets Rs 5,000 and farmers having five acres gets Rs 25,000.

The JMM says the government is trying to level false charges against its leaders.

They allege that BJP is snatching tribal land. Look at them, the Soren family has flouted SPT Act and have land in Dumka, Pakur, Ranchi and other areas.

It’s again false propaganda by the opposition. For the first time, local coal will be used to produce electricity here. The Congress and JMM have always tried to stall development in the state.