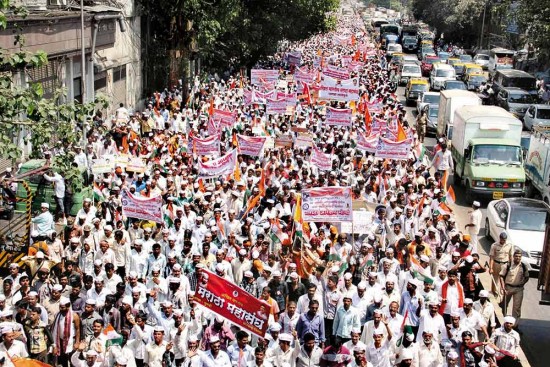 Nearly three decades after PM V.P. Singh tabled the Mandal Commission rep­ort in Parliament, the debates over its recommendations granting 27 per cent reservation to the other backward classes (OBCs) are only getting louder. The violent anti-­Mandal protests that rocked the country in the summer of 1990 changed the course of Indian politics and further muddled the complexities of caste. Since then, the purpose of affirmative action—to end centuries of caste discrimination—has been consistently diluted with various politically dominant groups dem­anding preferential treatment desp­ite having always opposed it in the case of those who need it the most. Now, two recent development threa­ten to stir the caste cauldron—the Bombay High Court judgment on Maratha reservation and Uttar Pra­desh government’s move to bring 17 OBC communities under the scheduled caste (SC) category.

The Bombay High Court’s order of granting 12 per cent quota in jobs and 13 per cent in education for Marathas, who comprise a third of Maharashtra’s population, have thrown up questions on several constitutional issues. Many lawyers argue that the inclusion of influ­ential Marathas into the ‘socially and educationally backward communities’ (SEBC) may unsettle the fundamental premises of reservation policies. Calling the judgment unconstitutional, senior Supreme Court lawyer Shekhar Nap­hade says it breaches the 50 per cent ceiling on reservation fixed by the apex court. The Supreme Court had put a 50 per cent cap on reservations in its landmark judgment in the 1992 Indira Sawhney case, also known as the Mandal verdict.