Together with other volunteers, Puja Badola is busy campaigning for Atishi, the AAP’s Lok Sabha candidate for the East Delhi constituency. 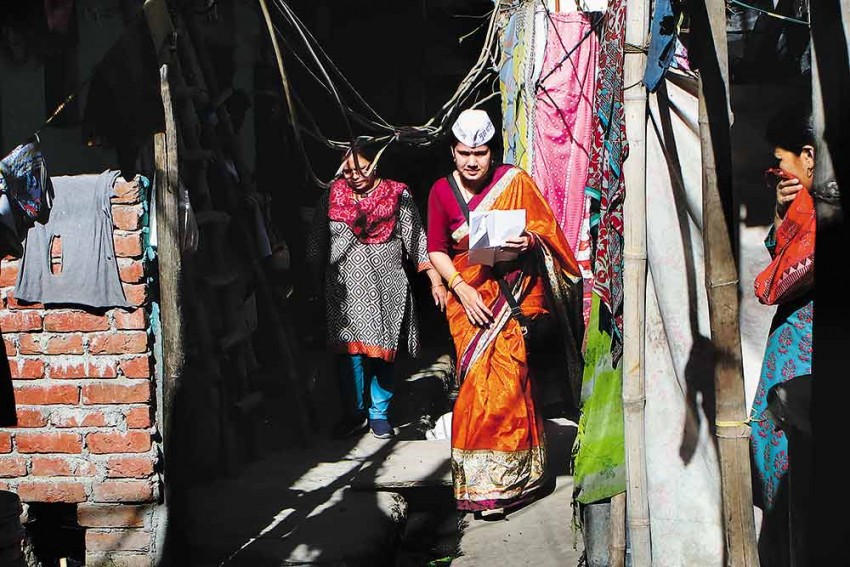 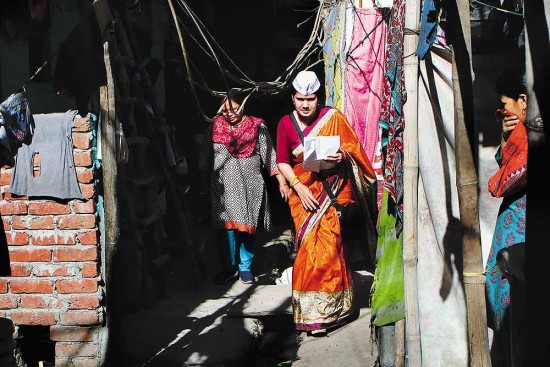 Like scores of India’s women from the lower middle class, 41-year-old Puja Badola had spent 18 years of her married life as a dedicated homemaker. But in November 2013, with no prior warning of her intent, she declared to her husband, their two sons and a daughter that she wanted to work for Arvind Kejriwal’s Aam Aadmi Party (AAP). While there was some protest from the children, who were then in the final years of school, her husband, Dinesh, felt this “temporary fascination” would pass soon. It didn’t.

Five years on, Puja, of Mandawali in eastern Delhi’s Patparganj locality, leads a team of around 50 woman volunteers of the AAP. Together with other volunteers, Puja is busy campaigning for Atishi, the AAP’s Lok Sabha candidate for the East Delhi constituency.

Political activism, she concedes, has come at a price. But her brief experience of dealing with the challenges of being a woman volunteer for a fledgling political party that neither has money nor patronage to offer and is pitted against a formidable BJP—the Congress has vanished in these parts of the Capital—have made Puja’s convictions stronger. “It was very difficult at the beginning. I was spending all day going around east Delhi localities asking people to vote for the AAP. One day someone called my in-laws and my parents and told them that I was spending nights at (Manish) Sisodiaji’s home. The rumours got more vicious as the days passed,” Puja says.

The AAP victory in the 2013 assembly polls, catapulting Kejriwal to the chief minister’s post with the Congress’s support, gave Puja the confidence to stay the course. It was now the turn of her family to surprise her. Dinesh quit his job in a private security company and joined Puja as a full-time AAP volunteer. He became a part-time life insurance agent. Their children decided to give tuitions to primary and secondary school students to meet household expenses.

Puja is now an easily recognisable face in Mandawali and other pockets like Pandav Nagar, Kundan Nagar and Hasanpur village. But it has also made her an easy target of hectoring BJP workers. “The BJP is fighting the election in the name of Narendra Modi. His supporters are rabid. If we talk about Modi’s failures or how he has prevented the Delhi government from functioning, BJP workers abuse and threaten us. The police don’t help if we complain,” Puja says.

She feels “AAP’s record on improving education infrastructure, ensuring cheaper and better water and power supply, making government-run hospitals more efficient and Atishi’s popularity among voters”, will swing even unhappy voters in the party’s favour when Delhi goes to polls on May 12. What if it doesn’t? “That is a thought I am not willing to consider,” she replies.