Privatisation Of Indian Railways: Why It Will Deepen The Class Divide 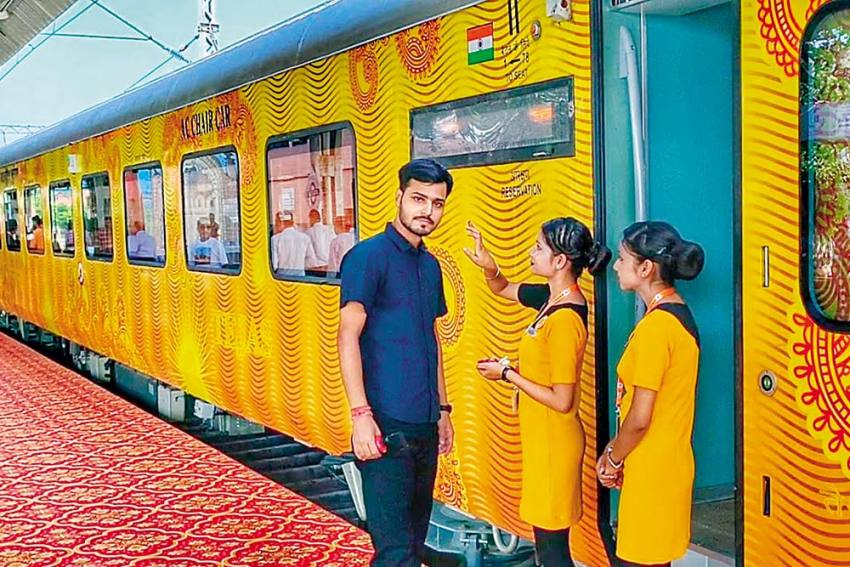 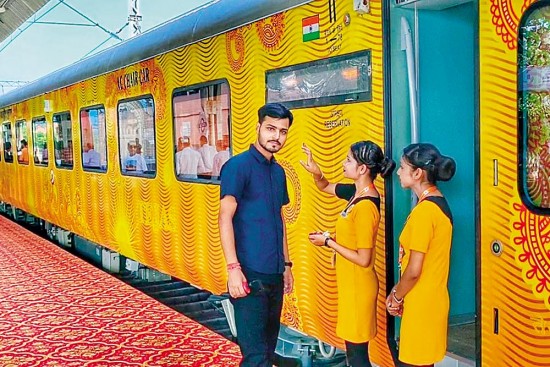 A sense of satisfaction crept over Ankit Mishra after his journey from Lucknow to New Delhi on Tejas Express. He spent around Rs 1,800 for a dis­­­­t­­ance covering 480 km—twice the regular fare; equal to an air ticket. Meals were provided on board; 25 minutes were shaved off the usual travel time of 6.40 hours. “The journey was fine…it seems railways is trying to compete with airways,” says Ankit.

Ankit owes his experience to the Indian Railways’ experiment to outsource the running of passenger trains to private entities. To start its pilot, it picked its catering arm, Indian Rai­l­way Catering and Tourism Corporation (IRCTC), to run Tejas Express six days a week between Lucknow and New Delhi. It was India’s first “private semi high-speed passenger train”.

Not just plush interiors and good food, passengers coughing up a higher fare would get another commodity unheard of in these parts: accountability and compensation. A delay of over an hour would enjoin IRCTC to pay a compensation of Rs 100 to each passenger; if it’s late by over two hours, one is to get Rs 250. The company spends Rs 14 lakh daily on the Lucknow Delhi run (and back); it earns Rs 17.50 lakh daily from fares.

IRCTC CEO Mahendra Pratap says two private trains are being run—the Lucknow-Delhi Tejas (at 65 per cent occupa­ncy), and the Mumbai-Ahmedabad Tejas (at 85 per cent occ­upancy). On compensation, he says, “When you enter a new market, you have to offer something, thus compensation with premium services.” Railways and IRCTC term the experiment as a ‘success’ and the national carrier is readying for an enlarged plan for private players.

Where the masses travel on rail, a select band of private-run trains can deepen the class divide.

To start with, government thinktank NITI Aayog has presented a discussion paper suggesting private players operating 150 passenger trains on 100 routes. As per the plan, such operators are expected to run 16-coach trains as per schedule given by the railways for a tenure of 35 years, charging market-linked fares. It requires an investment of Rs 22,500 crore. With dedicated freight corridors expected to be functional by December 2021, the railways is confident of apportioning enough time and schedule to run private trains.

Principal at consultancy firm Kearney, Nishant Nischal, says, “Indian Railways has generally not been successful in public-private partnership.  This time they are doing the right things. The risk seems to be rightly divided between private party and government.”

A European train operator tells Outlook, “The political climate in India is not investor-friendly. The opportunity is big and we agree to invest, but it’s difficult to commit before government policy.” Names of private players doing the rounds include Bombardier, Hyundai Rotem Company, Alstom, Siemens, along with Tata Realty and NIF, some of which have entered the sector through running metro trains.

The private dream peddled to consumers includes swish ­interiors, meals and drinks on board and entertainment. However, the major roadblock to this dream while chasing this dream of private players the biggest roadblock would be the fact that introducing high-end services to the common man’s carrier—that carries over 23 million, mostly poor, passengers and about 13,000 trains daily—would widen the class-divide.

Naturally, the move faces cogent queries. Will private trains be given preference over railways-run trains? Doesn’t the poor value punctuality? Should citizens pay the price for the political necessity behind the freeze on fare hikes for decades? A senior railway official says, “Private players won’t run trains for public good. It will be a premium product but might have some space for the common man with price hike. The blueprint will be cleared by mid-February.”

Former Railway Board member Sanjoy Mookerjee says the railways should have a vision before it embarks on this. “It should experiment with green field projects like high-speed trains and RRTS. Such projects will give a better understanding, rather than just auctioning brownfield projects, since the railways has no experience in running private trains along with their own on the same tracks,” he says.

Private trains have been on the Modi government’s agenda. In 2014-15, then railway minister Suresh Prabhu wanted to include it in his first railway budget. Four years later, it’s being implemented.

Opinion | Privatisation Of Railways Is Like Navigating In Uncharted Turbulent Waters