Kamalahaasan had recently said, “Free India’s first terrorist was a Hindu. His name is Nathuram Godse.” 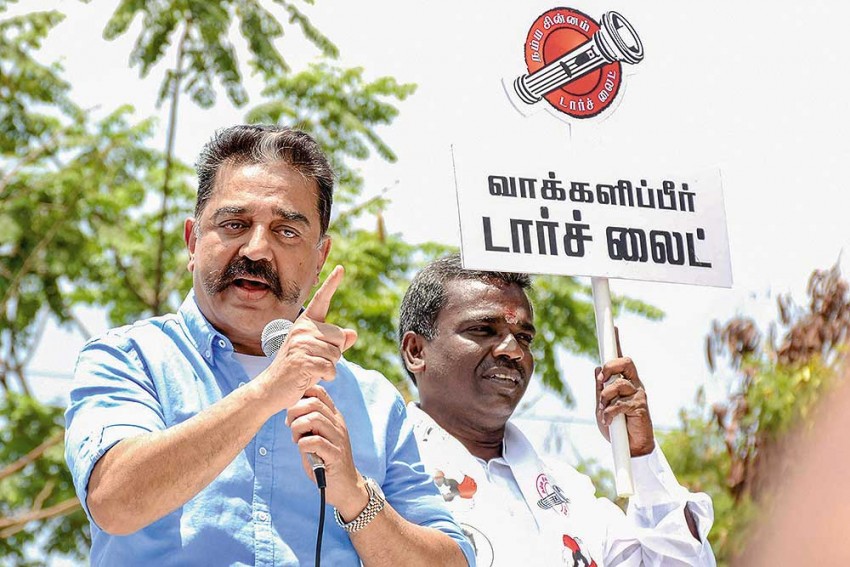 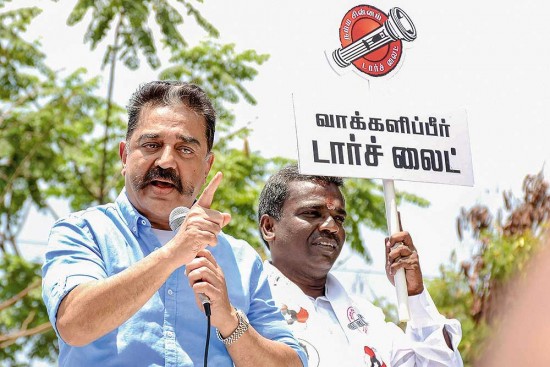 Kamalahaasan is a man of many tongues—speaks all the four south Indian languages, apart from Hindi, English and a smattering of Bengali. He has been speaking a different language lately. Sample this: “Free India’s first terrorist was a Hindu. His name is Nathuram Godse.” This was part of his poll speech at an assembly seat. He said he was seeking answers for the murder of Gandhi. Truth is, Kamal has been seeking an ­answer since he made Hey Ram in 2000, where he played Ram, an archaeologist who goes to Delhi with the aim of killing Gandhi for “dividing India and pandering to Muslims”, but ends up being his ­admirer and witnesses his assassination at Godse’s hands. The film flopped, with its characters speaking various languages from Bengali to Hindi and Marathi to Tamil.

Kamal had also written about Hindu terrorism in Ananda Vikatan, but had to soften his aggression and explain that he actually meant extremism, not terrorism. In Godse’s case, he appears to have confused a plain murder with an act of terror, his critics in the BJP pointed out. “Kamal’s life is one of confused existentialism. He is born a Brahmin... Yet he proclaims to be an ath­eist in the Periyar mould. But Dravidian followers of Periyar, like the DMK, aren’t ready to accept him. So he is neither here nor there,” explained film personality Kavithalaya Krishnan.