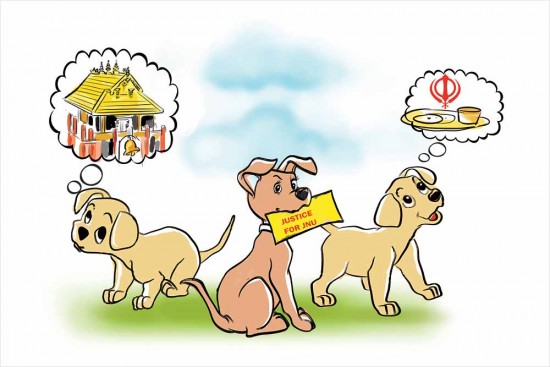 Dog Days Are Over

Need some respite from the endless churn of the news cycle? Heartwarming stories of canine companionship pouring in from across the country provide the perfect respite. In Tirupati, a stray pupper took a liking to 13 Ayappa devotees on a Sabarimala pilgrimage and steadfastly followed them—till Chikkamagaluru, Karnataka, so far, a distance of 500 km. “We didn’t notice the dog at first, but as we walked, it kept turning up every now and then,” says one of the pilgrims. They feed it and have even collared it, but the pilgrimage has not been easy for the pooch—his paws got injured a couple of times. In Delhi, a comrade canine ­accompanied the students of JNU on their recent protest against the fee hike. On the other end of the religious spectrum, a pious pooch joined the Guruparb celebrations in a gurdwara and sat calmly through the kirtan as fellow devotees wrapped him in a blanket and fed him langar.

Kapil Sibal’s witticisms have spiced up the otherwise drab Maharashtra government formation case hearings. Tushar Mehta, appearing for the Centre, argued that the case was one where the “entire stable is stolen” since Ajit Pawar had ­assured Fadnavis of support of 54 NCP MLAs. Kapil Sibal retorted, “The jockey may have run away, but the horses and the stable are still here.” He was making a dig at Ajit Pawar, whose ­uncle, Sharad Pawar, ­accused him of betrayal. 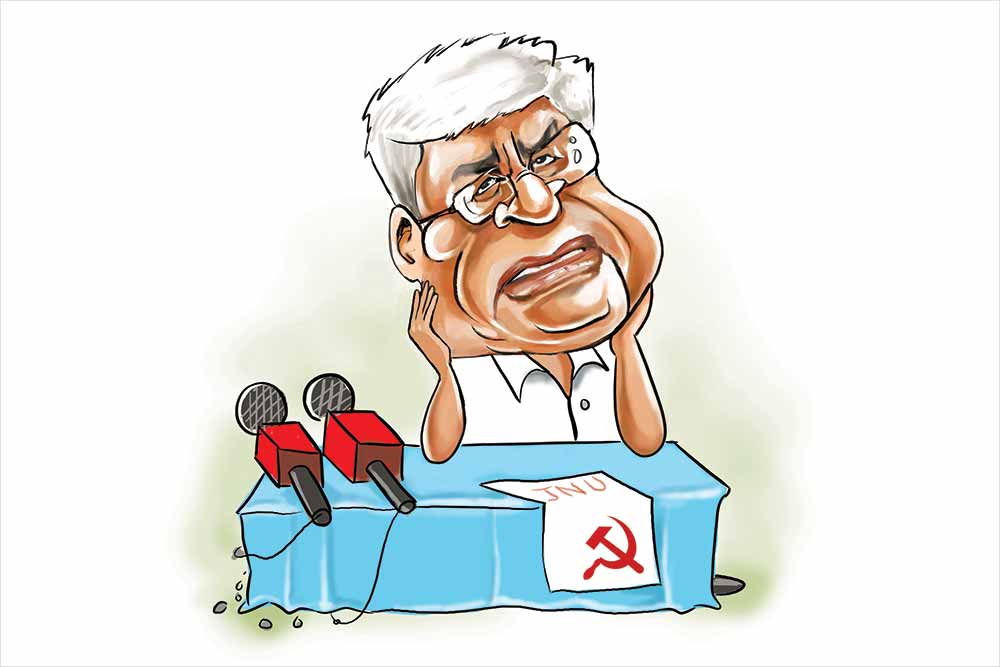 At a recent press conference, the media courted Yechury for bites on the JNU protests, but few journalists sought out Karat. Yechury addressed the...