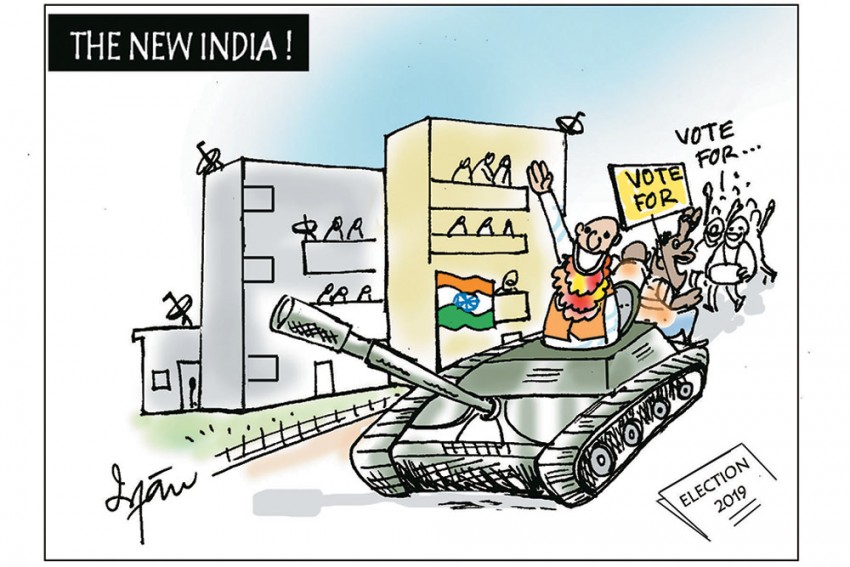 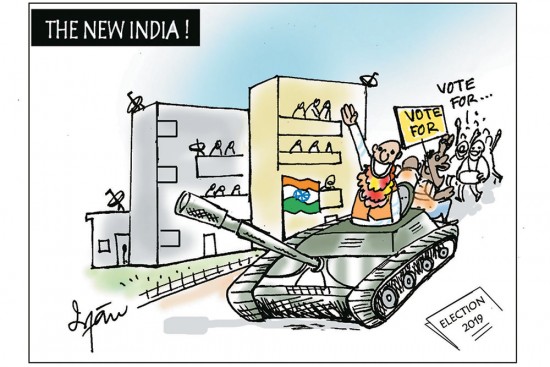 On December 11, 2018, the entire country was awaiting the big assembly polls results with bated breath. But the EC website curiou­sly shut shop for two full hours. The reason was out in the morning: the website sort of crashed as a Mizo­ram party's name had over 60 letters, the res­erved number. PRISM was registered on October 15, 2018, and someone clearly forgot to add up the 62-letter name. PRISM is in the fray again, with radical views (see p 27). Hope EC’s systems don’t go kaput again with a name that ticks more boxes than there are.

Proudly Introducing Specially Designed #NamoSaree for the Democracy's Biggest Festival, This #Elections2019 Wear Your Pride and Shout Out #AbkiBaarFirModiSarkarhttps://t.co/bBCxCkYIpv pic.twitter.com/dOurq6hgWG 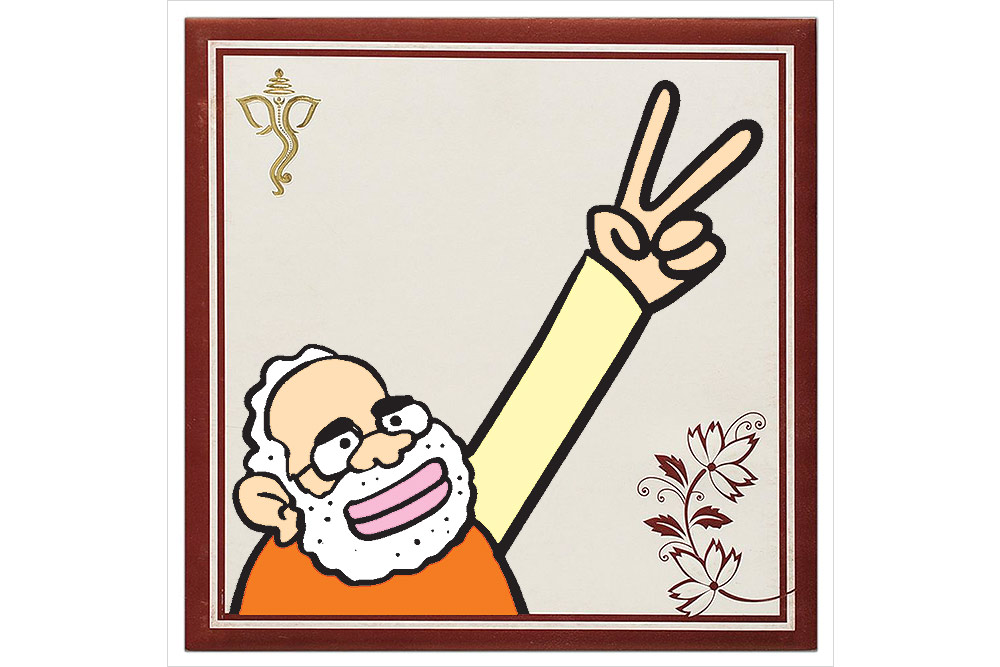 A message for austerity is sometimes still seen in these days of big, fat Indian weddings, requesting that no gifts be showered on the newly-weds. But Ashok Singh of Siwan Kala village, in Bihar’s Siwan district, has added a political twist to that. As a wedding gift for his daughter, he merely wants guests to vote BJP. “To bless my daughter and in the interest of the country, please cast your votes in favour of PM Modi,” reads the invitation card. 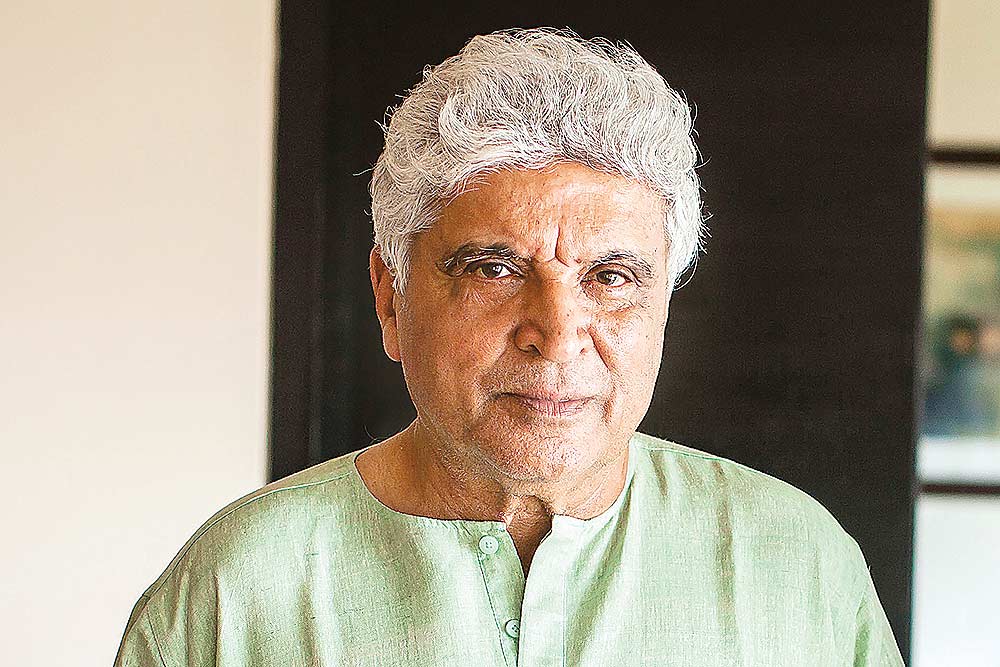 “Have we ever had a Gujarat Regiment? Since our Prime Minister has great love and pride in the Indian army of late, I would urge him to raise a Gujarat Regiment so the swayamsevaks from the region can join the army.”