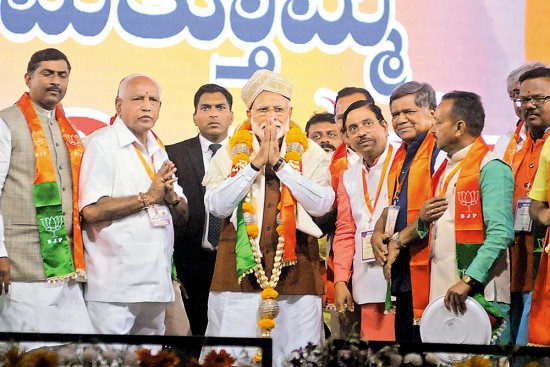 The audio clips have taken Karnataka by storm and created a furore in Parliament. Coming amidst the state’s volatile political situation, the clips—released by chief minister H.D. Kumaraswamy as proof of all­eged horse-trading attempts by the oppo­sition BJP—prompted intense deb­ate in the assembly, with speaker K.R.Ramesh Kumar expressing his ang­uish about the insinuations. One of the purported conversations men­tio­ned a bribe of Rs 50 crore to the spea­ker. “It’s the wearer who knows where the shoe pinches,” said Ramesh Kumar as he requested the government for a fast-tracked probe into the matter.

Before Kumaraswamy’s dramatic press conference on February 8, an air of uncertainty hung over his government’s survival. The JD(S)-Congress coalition has been struggling to contain four of its legislators who have struck a rebellious stand, with concerns that a few others could also abstain or cross-vote, if such a situation arose during the ongoing budget session. But, by releasing the audio clips, he caught the BJP off-guard, sharpening focus on the Opposition’s alleged attem­pts to topple his government by inducing defections. Identifying the voices in the conversation, Kumara­swamy claimed it was state BJP chief B.S. Yeddiurappa off­ering allurements to JD(S) MLA Naga­na­gouda Kandakur’s son Sharana­gouda to convince his father to resign. Since May, when they formed a govern­ment, the Congress and JD(S) have regularly complained about the BJP’s atte­­mpts to woo their legislators. The BJP rebuffed such charges, saying the coalition’s troubles were its internal matter.