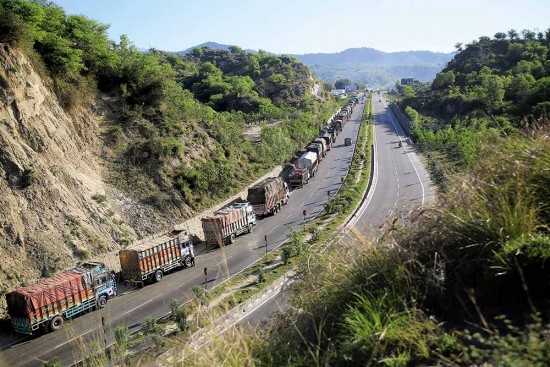 It’s a move that would almost certainly impact daily lives in Kashmir. The recent order to bar, till May 31, civilian traffic on a 270-km stretch of the Srinagar-Jammu highway betw­een Udhampur and Baramulla every week on Wednesdays and Sundays for smooth, and exc­lusive, passage of security forces’ convoys is also without precedent. The Jammu and Kashmir government cited security concerns—emanating from the Pulwama suicide bomb attack that killed 40 CRPF personnel on February 14 on the highway—as the reason to restrict civ­ilian traffic. The highway is Kashmir’s lifeline, connecting different districts of the Valley; its closure shuts out all business-related travel on these two days. The highway has over 70 cross-roads leading to the interiors; with the highway’s closure Kashmiris would be confined to their homes.

While the public is seething with helpless anger, National Conference chief Farooq Abdullah is indignant. “The road was not closed even during the Kargil war,” he says. People’s Dem­ocratic Party president Mehbooba Mufti termed it “like a diktat of martial law”. “After bringing Kashmir to the brink, the administration is adamant on ensuring collective punishment for Kashmiris,” she says. The PDP plans to challenge the decision in court. NC vice-president Omar Abd­ullah directly attacked Gov­ernor Satya Pal Malik, saying he hasn’t seen an administration so determined to ali­enate the local population with its anti-­people dec­isions. “The governor and his team are setting new records in the state,” Omar fumes. A senior police off­icer confirms that the ban on civilian traffic is not the police’s decision, but that of the Centre.