Paradise Lost! Kashmir's Tulips In Full Bloom But Where Have The Tourists Gone?

Crippled by long periods of unrest, the hopes Kashmir’s tourism industry fostered for a full summer season were wrecked by the Coronavirus pandemic. Its deliverance now lies in the hands of the Centre and the local regime. 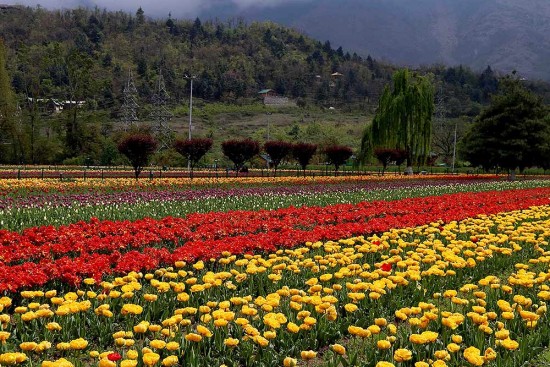 What, after all, is beauty without the beholder? A fabled ‘paradise’ on earth in full plumage is accustomed to have its charms reaffirmed by mere mortals every year. Yet in April, when Asia’s largest tulip garden in Srinagar was in full bloom, with over 1.3 million bulbs turned towards the sun, there were no tourists to witness the breathtaking sight. The only wanderers were local photojournalists, who went about forlornly in the empty garden spread over 80 acres of land, and situated on the banks of the Dal Lake. In comparison, 2,60,000 people visited this spot in a two-month period in 2019. COVID-19 had laid its petrifying fingers on the tourism in the new Union Territory.

Even the doughty Wahid Malik, president of the hotels and restaurant association of Kashmir, who had been mulishly optimistic about the potential of the Valley as a world-class tourist destination despite the violence and instability, has lost hope. “I don’t think tourists will return for a long time. COVID-19 lockdown was a deathblow to any hopes of a revival in the sector,” he tells Outlook. His pessimism is shared by many others who are directly associated with the sector.

The growing belief is that nothing will work without a serious commitment from the Central and local governments--a combination of a revival-cum-stimulus package to woo back visitors holds the greatest hope for a turnaround. Sheikh Ashiq, president, Kashmir Chamber of Commerce and Industries, estimates the loss due to the ongoing lockdown, which started willy-nilly with the revocation of...