Home  »  Magazine  »  National  » Opinion  » Opinion »  Why Are So Many In Custody, Apparently Being Interrogated, When None Required?

Why Are So Many In Custody, Apparently Being Interrogated, When None Required?

In India, 'reasonable belief' of guilt that can get you arrested seems to be a private emotion of the investigating officer, writes Supreme Court lawyer Shahrukh Alam 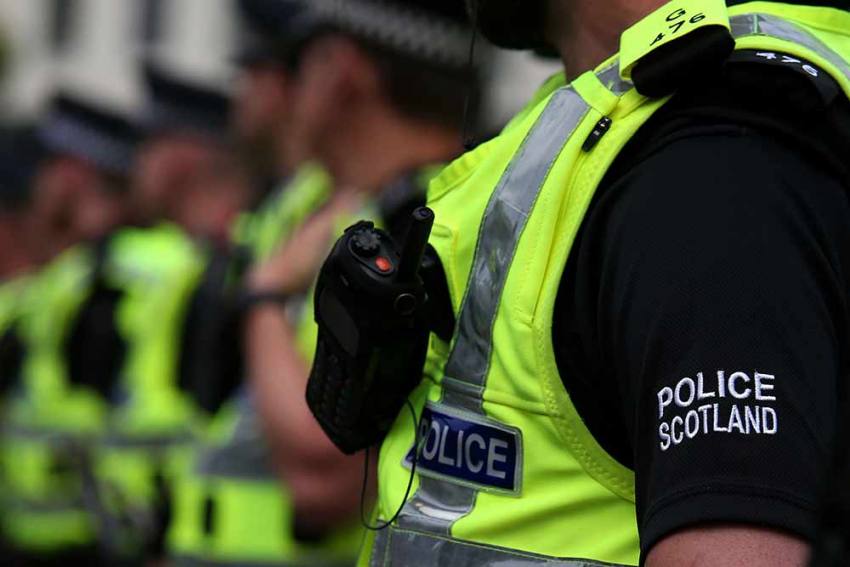 Shahrukh Alam July 17, 2020 00:00 IST Why Are So Many In Custody, Apparently Being Interrogated, When None Required? 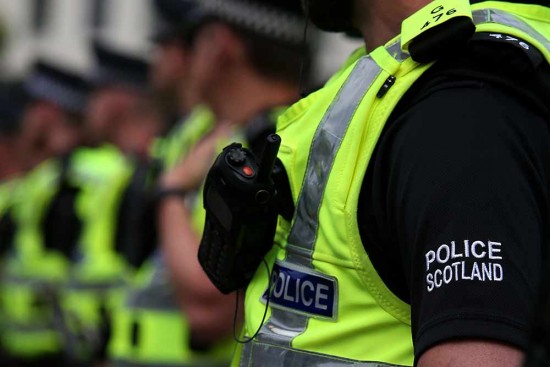 Over the past few months, I have spent the ‘lockdown’ nights reading detective fiction and watching crime shows on Netflix. I’m partial to that genre: British crime dramas, and thrillers by John Le Carre (and only him). As the pandemic stretches indefinitely, and as summer peaks, I find myself turning to traditionally twisty murder mysteries set amidst comfortingly beautiful landscapes. I spend the day advising assorted clients on the phone or, when the matter is quite sensitive, then on Telegram. My clients invariably fall into one of two categories: those who would like a divorce and, quite disparately, activists who have been summoned by the crime branch for some ‘baat-cheet’.

All of last week I watched Shetland, eponymously set in the Scottish archipelago with its emerald hills and its rugged coast. Each time there is a murder, the police detectives drive all over the island to witnesses’ homes to chat with them, form a narrative about the murder, identify a suspect—and it’s only when they gather enough independent evidence that the suspect brought in for questioning, and then formally charged, or if she is only a red herring in the story, then let off.

What if investigations are not for obtaining better evidence for trial, but rather to disrupt the lives of witnesses and suspects?

I always thought it was a plot device: the long-drawn conversations over tea with witnesses, the collation of clues and only then the final denouement, so that the audience has an opportunity to solve the murder alongside. Also, if the police just detained the main suspect right in the beginning of the episode and made him confess to the crime during custodial interrogation, it’d be less a traditional murder mystery, more a comment on the criminal justice system.

But I now know that it’s as much to do with law as with literary form. Scottish law traditionally allowed a suspect to be held in custody for a sum total of six hours, without being formally charged. In India the period can stretch to 90 days. Government reports on criminal justice reform have referred to the “culture of investigation” among Scottish police, which does not rely on badgering suspects for information alone, while reiterating the desirability of brief timelines for questioning in detention.

Scottish law allowed a suspect to be held for six hours, without being formally charged. In India, the period can stretch to 90 days.

Scotland, quite justifiably, prided itself on all the protections recognised in Scottish criminal law to ensure fair investigation and trial: recording of police interviews; inadmissibility of statements obtained through coercion; the requirement for corroboration of all statements made to the police; adverse inferences not being allowed to be drawn from ‘silence’; and the limited duration of detention. At the same time, Scotland did not allow for the presence of solicitors during questioning of a suspect, which was considered an incivility. England and Wales had it, as did certain other common law jurisdictions like the US and Canada. Moreover, the European Convention for Human Rights recognised it too. Therefore, the United Kingdom Supreme Court ruled peremptorily in Cadder v. HM Advocate [(2010) UKSC 43], that “the guarantees otherwise available [under the Scottish system] are entirely commendable”, but they couldn’t be an excuse to exclude additional rights available under the European Convention.

It’s important to note that Cadder was decided in the context of admissibility of evidence in trial of confessions and other statements obtained during interrogation in police custody. The question for consideration was whether, given the dynamic of power, statements given by the accused to the police, in the absence of any solicitor, be trusted to have been obtained without coercion. However, the effect of the new law that introduces lawyers during questioning also impacts the balance of power during the process of investigation.

After the ruling in Cadder, changes were made to Scottish law and, as per the latest amendments of 2016, a custody officer shall review all requests for extension of custody beyond the first six hours, and grant a further six if it is shown by the investigating officer that keeping the suspect in custody is “necessary and proportionate”. Controversially, the 2016 law has given the option of a further (and final) extension of another 12 hours before filing of charges against the suspect. The extension is to be given in extraordinary circumstances. In Shetland (Season 4), it was given in the context of what one might call a ‘terrorist’ offence. 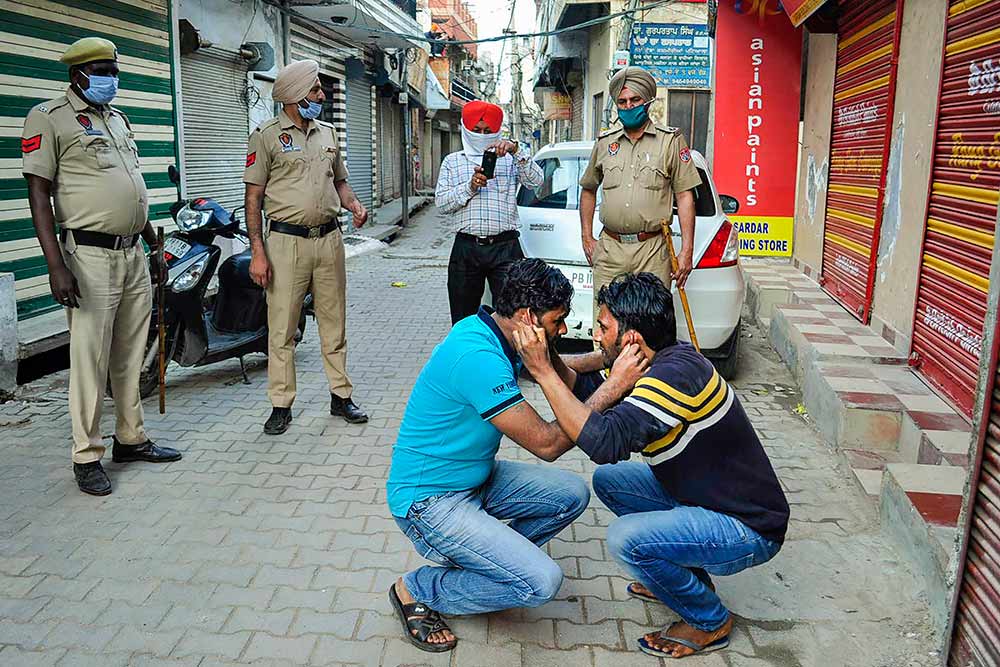 In India, “reasonable belief” of guilt that can get you arrested seems to be a private emotion of the investigating officer.

A subtle difference between a Scottish crime show and a British one is that while the Scots keep saying “we don’t have enough to bring him in for questioning”, the English say “we will have to let him go; we don’t have enough to charge him”. The Police and Criminal Evidence Act (PACE), 1984, for England (and Wales) allows the police to detain suspects for questioning for 24 hours, and then an additional 12 hours, with the permission of a superior officer. The suspect must be produced in court after 36 hours, and with the permission of a magistrate, the police may have further custody for a total of 96 hours. Charges must be brought at the end of four days. Quite an eternity compared to Scots law, but still something.

Now there is ‘security’ legislation applicable to England, Scotland and Wales that upsets this arrangement. The Terrorism Act, 2000 (amended in 2006), allows for pre-charge detention of up to 14 days by permission of a magistrate: it’s considered “an extended period of detention for terror suspects in order to allow the police to obtain, preserve, analyse or examine evidence for use in criminal proceedings”.

Some might argue that really you’re selecting the best statistics (a bit like what our government does with Covid death rates) and they may well have a point. I had actually just meant to tell a story about the cognitive dissonance caused by going to sleep among the Shetland meadows, and waking up sweating and claustrophobic in humid Noida to frantic phone calls.

As I was saying, I divide my energies between divorcees and dissidents. With respect to the latter, in the ‘lockdown’ months, a significant number of concerns relate to anxiety-inducing phone calls from the crime branch asking them to “come to the station”.

“Ma’am, I asked what it was about and the IO (investigating officer) said, ‘North Delhi riots ke baare mein enquiry karni hai’.”

Occasionally, I exchange a text with my client in the late afternoon: “Everything ok?” I ask. “Waiting Ma’am. IO saheb is busy!”

The average waiting time can be quite long. Sometimes witnesses are told at the end of the waiting day to come back the next day. Sometimes they are questioned for up to 10 hours. “If only you were in Scotland...,” I think to myself.

Section 41A of the Code of Criminal Procedure gives a police officer the power to compel attendance of a suspect for questioning, where “a reasonable suspicion exists that he has committed a cognisable offence”. So far so good! But at the same time Section 41 gives the power to the police officer to arrest the suspect on “reasonable belief” made on the strength of a “reasonable complaint” or “credible information received”. In the UK, “reasonable belief” of guilt has to be backed by a formal charge before a court of law. In India, it seems to be a more private emotion of the investigating officer. The “belief” results in the arrest of the suspect, but there is no corresponding requirement to formally charge at the time.

The arrested person has to be produced before a magistrate within 24 hours. In the courtroom, “reasonable belief” is sought to be bolstered by the narrative in the case diary, together with witness statements and other material. In cases concerning the Delhi riots, the prosecution’s case requesting extended remand (at first appearance) is argued by rote: “Custodial interrogation of the accused is required to unearth the conspiracy and to confront with technical data and information collected during the investigation.” This hardly reflects “reasonable” belief, but at best a suspicion, which is causing an itch to interrogate further.

As to the second part of the submission, Scottish investigators use their six hours to confront the suspect with carefully collated evidence in order to seek a possible explanation, since the law especially bars extended remand for such expositions.

Yet, there may be situations when an investigation is unwieldy and evolving (for instance, bullying students into naming other students and teachers who support public protests, such that you have a new suspect every day and the investigation into the grand conspiracy carries on). In similar situations (for this exact scenario might cause a right royal scandal), England and Scotland have devised a concept where the suspect is “released under investigation”—some restraints are put on free movement, through after-work curfews etc—and the understanding is that the suspect may still be charged upon completion of investigation. This is in accordance with common law, where “reasonable suspicion, belief or cause” is valid ground for arrest, but only for the briefest period, and to confirm the suspicion by putting it to the suspect. Common law arrest is to be continued only where there is sufficiency of evidence upon which to charge.

Contrary to common law principles, the police in India can be given custody of the accused person for up to 15 days, at the end of which police may still oppose release and ask for the accused to be sent to judicial remand, and still without having formally charged the accused. The statutory limit for formally charging or deciding to not charge in the final report submitted before the magistrate is 90 days for serious offences under the Indian Penal Code, and up to six months under the ‘security legislations’.

In these dystopian times, I am sometimes struck by odd thoughts: what if investigations are not even aimed at obtaining better evidence for trial, but rather to disrupt the lives of witnesses and suspects in the present? I wonder whether a complaint against a published article or a speech does not simply entail a determination in court of whether a crime has occurred in the first place, rather than long and sustained questioning of the author/publisher by the police? Or in relation to the recent Tuticorin custodial deaths, what could have been the purpose of custodial interrogation where the allegations simply involved breach of curfew by the accused in the presence of witnesses, and on CCTV camera. Why are there so many people in custody, apparently being interrogated, where none is required?

I do not for a moment think that the actual workings of the criminal justice system in the UK are perfect. In Lord Carloway’s report, there is a reference to a study that interviewed people who had been detained for questioning in Scotland. Short though the period may be, an overwhelming majority still described the experience as “intolerable”. Yet, there are possibilities in engaging with the normative and comparing it with law as it stands today in India.

With gratitude to advocate Nitya Ramakrishnan for the discussion.

Alam is a Lawyer at the  Supreme Court of India. (Views expressed are personal )