The rise and fall of student rebellion is strongly linked to politics, writes senior journalist Rajat Roy. While the Congress government brutally suppressed the Naxalite movement, students politics in Bengal got a boost during the Left regime only to trickle out 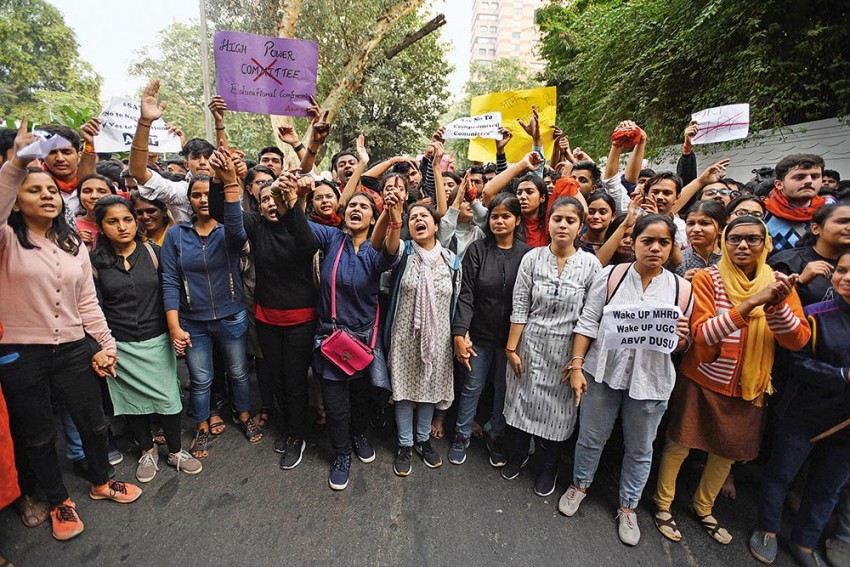 Rajat Roy November 28, 2019 00:00 IST OPINION | The Death Of Student Power And How Governments Played Their Part 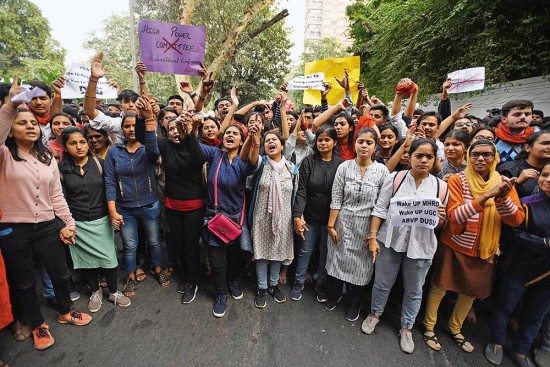 Keeping pace with the international student movement, the 1960s were ‘street fighting years’ in West Bengal too. The Vietnam War, Che Guevara’s death in Bolivia, the Cultural Revolution in China etc. captured students’ imagination, encouraging them to protest in strength against growing social inequality. Their more urgent call was to rally around international issues—Vietnam and US imperialism dominated. In December 1968, Robert McNamara, then World Bank chairman and former US defence secretary (1961-68), visited Calcutta to consider a loan proposal for a big urban development project. Students came out in force; violent clashes broke out with the police, bringing the city to a halt. McNamara could only tour the city surreptitiously at night.  Earlier, in 1966, thousands of students took active part in the food movement; some died in police firing. That year, students of Presidency Col­­lege sta­rted a movement to stop authorities from expelling six students, inc­lu­d­ing Ashim Chatterjee (later a top CPI-ML leader), for political activities. The movement took a radical turn to merge with the brewing Naxalite movement.

As Sorbonne students joined the street fight against state police in 1968, and students in Berlin, London and elsewhere occupied streets, students in Bengal joined the Naxalite movement and went to rural areas to organise peasants for an agrarian revolution. They gave a call for armed struggle against the state. Consequently, they were brutally suppressed by Siddhartha Shankar Ray’s Congress government (1972-1977) before and during the Emergency. Many lost their lives in police encounters, thousands were put behind bars and tortured. During Emergency, the student movement was in total retreat.

The Left Front came to power in 1977 and student politics resurfaced. But, as the dominant union was affiliated to the CPI(M), politics was aligned with the government. Mostly, it spread the Left Front’s message. To maintain its hegemony, it got students admitted in colleges to mobilise them.

Students embracing Naxalite ideals gave a call for armed struggle and were brutally put down.

Student bodies of radical Left parties were active but their influence was restricted to Presidency, Jadavpur University and isolated pockets. Follow­ing the years of violence (1970-77), there seemed to be a lull. As dis­­il­­l­usion­ment grew in the last decade of Left rule, it was reflected in larger student participation in anti-Left rallies, but under a Trinamool banner. Singur and Nandigram broke the shackles, and students in large numbers again rallied behind ­peasants. Jadavpur and Presidency remained isolated centres of radical student politics, but resonance with Indian politics and beyond was missing.

With Mamata in power, TMC’s Chhatra Parishad started dominating the student community. But it was a mirror image of the old SFI, with one difference: allotted some quota for admission in colleges, it started fleecing students. Meanwhile, Jadavpur saw a series of protests on campus where large numbers participated. But they were restricted to varsity issues. Student ­Power (1970), edited by Alexander Cockburn and Robin Blackburn, argued that the heterogeneous character of students is an obstacle to their continuance as a political community, unlike the working class. True to that analysis, with the Leftist content in student politics diluted, larger political issues on campus remain muted, as Mamata wished for.

(Rajat Roy is a senior journalist based in Calcutta. Views are personal.)

Why Are Students Angry? Is Conflict Over Public-Funded Higher Education Only Reason?