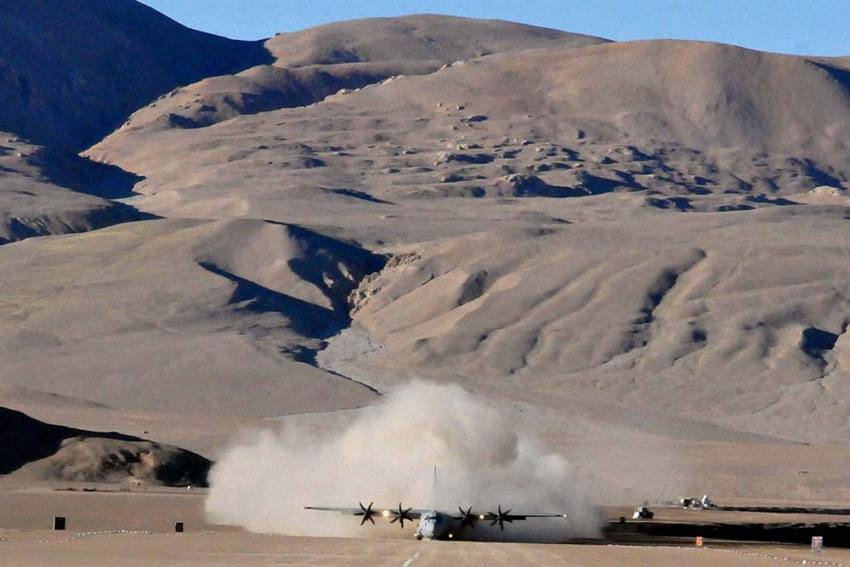 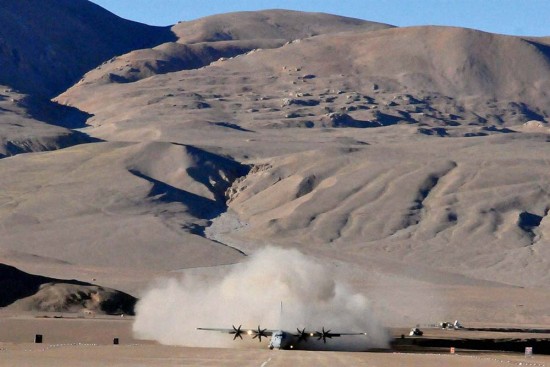 On June 6, 2020, after nearly a month of aggressive and violent face-offs at various points in eastern Ladakh, India and China had agreed upon measures to de-escalate the situation and resolve issues. Less than ten days later, on June 15, the most barbaric and violent clash happened in Galwan, bringing the situation back to the brink once again—perhaps more precariously than at any time in the past 45 years.

The landscape in Galwan is tough high-altitude mountainous terrain, and control over the heights overlooking the mountain passes and river valleys determines who dominates the area. This area is strategically important due to the vicinity of the 255 km road running along the Shyok river valley, from Darbuk to the area of Daulat Beg Oldi. The road is well inside Indian territory, but the heights overlooking the Galwan valley give it depth, and also overlook avenues of ingress and egress, to and from into each other’s territory.

The road from Darbuk to Daulat Beg Oldi has existed for some years now, but it has had problems, with stretches of the road and bridges getting washed away. India’s success in completing a crucial bridge last year, after efforts of almost two decades, seems to have pushed China to the edge.

In 2013, India and China had got into a face-off in the Depsang Plains, in the general area of Daulat Beg Oldi. In fact, the Depsang face-off marks the beginning of prolonged and high-profile stand-off with PLA troops in this area. In 2014, there was another protracted face-off in Chumar, further south. In the areas between Daulat Beg Oldi and Chumar, there have been frequent face-offs at Pangong Tso and Demchok, and occasionally in other areas.

That the Chinese have claimed Galwan as their territory for the first time ever indicates their strategic intent and planning.

What we are witnessing now is in fact part of a larger malaise in China’s attitude of objecting to India developing its border infrastructure. The number of face-offs, aggression, and lately violence, has been increasing almost concomitant to India’s increased focus towards developing border infrastructure in the last five to six years. There are several border area road and rail projects, and advanced landing ground for aircraft under development. China’s objection to these developments, stemming from a perceived threat that they alter the military status quo, is ludicrous.

On the evening of June 15, when Indian troops were out to verify whether the disengagement and pullback was happening, as agreed in the June 6 corps commanders-level meeting, a terribly violent scuffle took place. As per reports released by the Indian Army, a commanding officer and nineteen soldiers died in the violent engagement, and due to terrain related injuries.

According to the statement released by the ministry of external affairs a day later on June 16, “While it was our [India’s] exp­ectation that the agreement would unfold smoothly, the Chinese side departed from the consensus to respect the LAC in the Galwan valley.” While highlighting the need for maintaining peace and tranquility, and resolution of differences through dialogue, both the MEA and Indian Army statements have emphasised on India’s commitment to ens­ure sovereignty and territorial integrity.

The Chinese statement released on June 16 played the victim card, blaming India for seriously violating the agreement and crossing the LAC, claiming that, “the sovereignty over the Galwan valley area has always belonged to China”. This is yet another known Chinese method of obfuscating issues by playing with interpretations; first violate an agreement or understanding, create a dispute, blame the other side, and claim to be the victim. With casualties to substantiate, the narrative becomes more convincing, and repetitive broadcast makes the false seem like the truth.

Galwan valley has never been considered a disputed area, even though India and China fought a bitter battle here in 1962. According to some historical accounts, India lost 36 soldiers, while China lost over 800, whose mortal remains were recovered decades later. There have been no claims or disputes in Galwan ever since.

The reluctance to disengage and fall back to the lines agreed in the June 6 meeting also point to the military importance that China attaches to the area. The Chinese statement of Tuesday, June 16 was issued by a spokesperson of the Western Theatre Command, and the fact that for the first time the Galwan area has been claimed as Chinese territory indicates the strategic intent and level at which the operation was planned. Going by the way the situation is unfolding, it appears the Chinese are buying time through negotiations, to build up their preparedness in the area. We can ill afford to trust the PLA after what happened on June 15.

The outcome of the escalation is clearly visible from the casualties sustained. According to news agency ANI’s rep­orts, 43 PLA soldiers have died. Media reports refer to US intelligence quoting 35 PLA dead.

ALSO READ: Why Blanket Ban Of Chinese Products Not Feasible In India

The cost imposed for escalation should bring in caution for the future. Both China and India have built up matching strength to cater to any eventuality and lay the ground for future military action. It is in the interest of both the countries, to deescalate the situation. The PLA must abide by the agreements made in the June 6 meeting and the follow-up meetings. Status quo ante to positions of April 2020 must be restored.

The Chinese side have released a statement on Wednesday, June 17, alluding to a conversation between the two External Affairs Ministers, S. Jaishankar and Wang Yi, stating that, “both sides agreed to deal fairly with the serious event caused by the conflict in Galwan valley”. The Indian MEA statement highlighted that the overall situation would be handled in a responsible manner, and that both sides would implement the disengagement understanding of June 6 sincerely. “Neither side would take any action to escalate matters and instead, ensure peace and tranquility as per bilateral agreements and protocols.”

Experience shows that disengagement and de-escalation after a crisis, do not end the potential for future conflict. If any­thing, it enhances the preparedness for future contingencies. India has enough experience of dealing with eyeball to eyeball confrontation. If indeed peace and tranquility is the intent, both sides must recognise that the existing protocols need urgent review for better border conduct, and an agreement on the borders is a must, sooner rather than later.

In the meanwhile, it is in India’s national interest to expeditiously ramp up infrastructure development required to defend its sovereignty and territorial integrity. Remote areas of the country need better connectivity, not only for military purposes, but also for economic development.

Finally, let us not forget that Sun Tzu’s precepts propound ‘winning without fighting’. China can go to any extent to find faultlines in our system and manipulate them to its advantage. Now that China is faced with a tough military and diplomatic stance, it is imperative that other cornerstones of power, like commerce and politics, come together for a united India.

ALSO READ: Present In Past Tense