After the war hysteria dies down, the fallen are forgotten, their families consigned to lives of loneliness and struggle, writes Neeharika Naidu 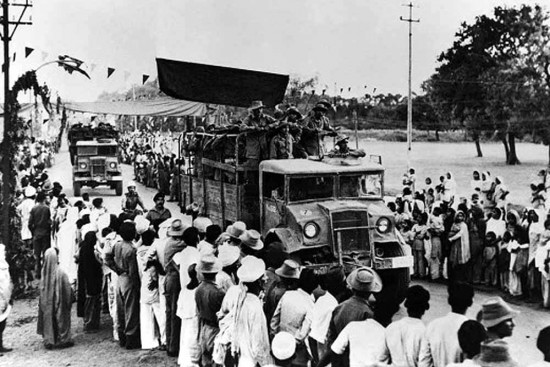 It whirled and it spun and then…. And then time stood still. Have you, in a manner of speaking, ever gone through a whirlwind, a tornado? A tornado of feelings that drives you into a vortex of uncontrollable spins? I have only seen a tsunami hit the shores of Thailand in pictures and held my breath in disbelief and terror. Time must have stood still for all those who were swept away by the unforgiving force of nature.

Time, similarly, stood still for me on November 24, 1962. My father, Lt Col Brahmanand Avasthy, commanding officer of 4 Rajput, was leading a part of his battalion back to base after the ceasefire in the Sino-Indian war was announced. The Chinese, devious as always, laid an ambush and massacred the column of approximately 200 men. The Indians fought bravely, to the last man and the last round. Hand-to-hand fighting followed and, grossly outnumbered, they lay down their lives. Their bravery in battle has gone down in the annals of military history. The Chinese dug a common grave and threw the bodies there. They gave my father the dignity of rolling him in a blanket and put a mess tin with an inscription: “Commanding Officer. He fought like a TIGER”. From his pocket was found a blood-soaked letter to my mother. Most of his letters written to us arrived home months after he died, with his sparse material objects…uniforms, the last civvies he wore and his medals. He had kept letters written by us in his pocket. Maybe his last thoughts were of his wife and his two little girls. Who knows? But I do know that as a soldier he must have wanted to achieve victory for his nation till his last desperate breath.