During corona times, the migrant discovered he was marginal, suspect and jobless. Haunted by vulnerabilities, he had to face hunger and humiliation, writes academician Shiv Visvanathan 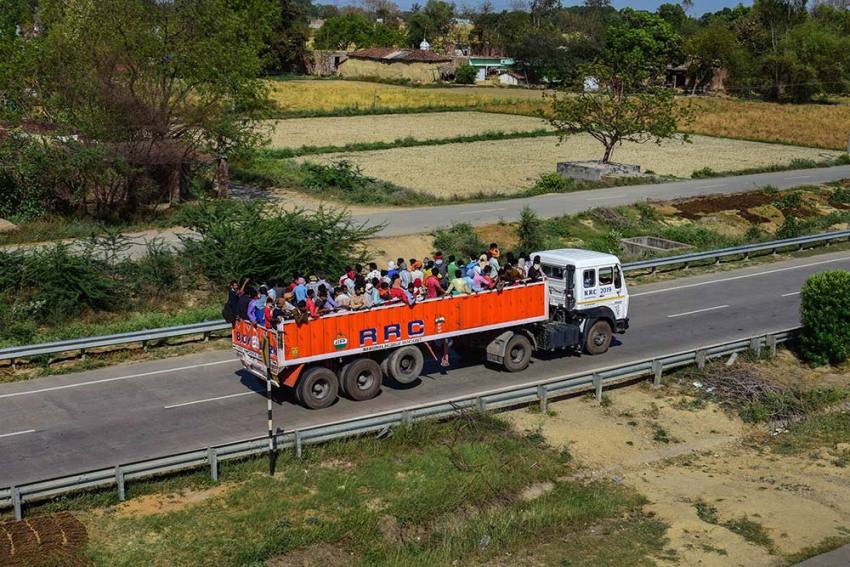 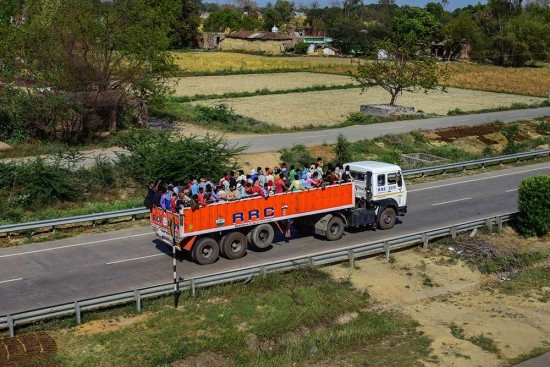 A trauma is a physic wound that goes beyond the physical to damage the soul. It carries shades of stigma. It is usually confined to the backstage of most disasters and is constructed as an afterthought. The trauma of the coronavirus pandemic faces a similar fate.

As India sees itself as a middle-class society, it defines itself in middle-class terms. The whole idea of the lockdown was seen as a disciplinary exercise, an attempt to redefine life as a timetable. The middle class lives by timetables. It is a mindset and a way of life. When timetables are frozen, the middle class goes into confinement and its certainties are destroyed. With the lockdown, the upper middle class discovers boredom, isolation, anxiety, leisure and, of course, work from home. Yet the middle-class mentality displayed a complete indifference to the marginal, the migrant, the nomad—and the trauma induced by the coronavirus begins with these very categories.

ALSO READ: Coronavirus And The Great Depression of 2020: How Mental Demons Are Adding To Life's Miseries

The trauma of the informal society accelerated at the very moment the national lockdown was announced, when the worker faced the very temporariness of its citizenship and being. The migrant discovered he was marginal, suspect and jobless. Haunted by vulnerabilities, he had to face hunger and humiliation. He was treated as a mass organism and was sprayed with chemicals at the borders. The middle-class tourist also discovered this underside of life as he rushed borders that had been shut down, confronting the police that had fused the migrant and the tourist in his mind. Suddenly, the ordinary Indian faced fear, anxiety and aloneness as he found there was no sense of homecoming. The migrant as an ambiguous creature was trapped in a liminality that bureaucracy refused to understand. The Bihari workers who had left their ration cards home found themselves confronting a hunger that left them helpless. Sadly, their anxiety and fear found no narrative, and the mental woes went backstage. Added to the indignity of treatment, they also found the absence of their place in the emerging narratives. They were the black holes and black boxes of the corona chronicles. The migrant discovered that some disasters are more equal than others. For example, cyclones and floods have rituals of response and narratives, but the coronavirus had a few explanatory myths to make life easier.

The migrant’s anxiety and fear found no narrative. The mental woes went backstage.

The slum, usually throbbing with life and activity, had completely emptied out. With the lockdown began the police crackdown on all the little shops and dhabas. The daily-wage worker found he had no employment. He had to wait day after day to watch the scene unfold. Joblessness, hunger and uncertainty haunt the informal economy. As a woman in a Chennai slum told me, “A few woman as domestic workers hold on to their jobs, but what about our men who hang around and wait?” Waiting is the trauma that the rich do not understand. Waiting empties identity, breaks confidence and questions competence. Waiting is greeted in silence because it is cloaked in anonymity. The slums fester in a trauma of waiting and uncertainty, yet the media had little place for them. It celebrates ‘work from home’ for corporate executives.

One has to face the stark uncertainty of what is called civic life today. A lockdown creates a Hobbesian policy, a set of authoritarian territories patrolled by cops and clerks. The police handle all such challenges by reducing it to a law-and-order problem, where everyone is by definition suspect. They lathicharge people thoughtlessly, including even those returning from official responsibilities. The terrifying indifference of cops is complemented by landlords creating a web of stigma around patients, doctors and social workers. The landlord is convinced that all of them are infectious and wants to extern them. This places doctors and social workers in an ironic situation. The sadness is that both the trauma and the authoritarianism of the city go unreported. 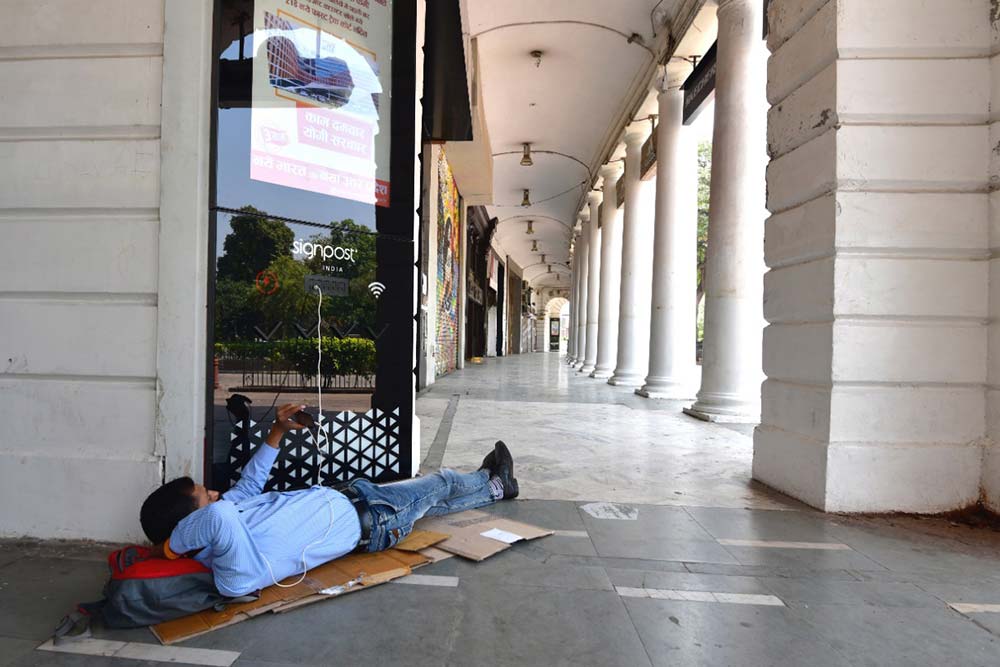 To be fair, while trauma, unstated and unreported, haunts the informal economy, it is beginning to haunt the middle-class as well. Here time is a major factor because the certainty of timetables is what defines middle-class identity and stability. A housewife complains that people had little place for her fears; she told me she suffered from the guilt that she might infect someone innocently. She also complained she gets haunted by fears that are further exaggerated by the rumours and reports from the street. One of them mentioned the story of a mob attacking a man merely because he coughed obsessively. The ordinary cough, once a mark of everyday presence, now becomes sinister. She also added that old people now feel vulnerable as they have been statistically singled out. Vulnerability and susceptibility now become marks of stigma.As a 70-year-old man put it, “I felt hard as a rock, but now people treat me as a question mark.” Worse, old people, especially those with senile dementia, now appear obsolescent. They feel apologetic in the presence of company, clear that time is no longer on their side.

Our society has few narratives or myths to make sense of the trauma of mass death.

Yet, what includes all citizens is that the coronavirus has created an ecology of death, mass death, around the Indian city. An individual death is understandable, but mass death creates fear and trembling of a different kind. It has an apocalyptic inevitability that puts a stop to ordinary life. This everydayness of mass death is measured with the banality of weather reports as newspapers announce body counts for the day. The word exponential has a magical quality of fatalism. People feel helpless and sense that the virus could claim one and all. Mass death creates a deep sense of trauma and our society has few narratives or myths to make sense of it.

Vulnerability, violence, non-being, an ecology of indifference and uncertainty, create wounds that are not visible but real, and whose force corrodes the human being by making him feel less than human. India needs to take mental trauma seriously and systematically. We have to consider trauma medically and psychologically as part of the violence of our lives, and respond to it professionally and ethically.

Trauma is more than loneliness and isolation. It is a festering wound that needs society to help it heal. Care, community and communication are the basis of cure. Our society must learn to listen to suffering again. The tragedy is, trauma is still an embarrassment, a taboo word. One hopes the virus brings all these narratives into the open. Democracy needs to look systematically at the travails of the worker, the homemaker and the patient as it does for the voter and the consumer.

Shiv Visvanathan, Academic associated with Compost Heap, a group in pursuit of alternative ideas and imagination