Home  »  Magazine  »  National  » Opinion  » Opinion »  OPINION | How About Including Citizens In Criminal Justice System? The Jury System Can Be Very Educative

India is no stranger to the jury system. Inclusion of laypersons through jury trials can bolster faith and participation in the criminal justice system, argues Prashant Reddy T and Vaidehi Misra 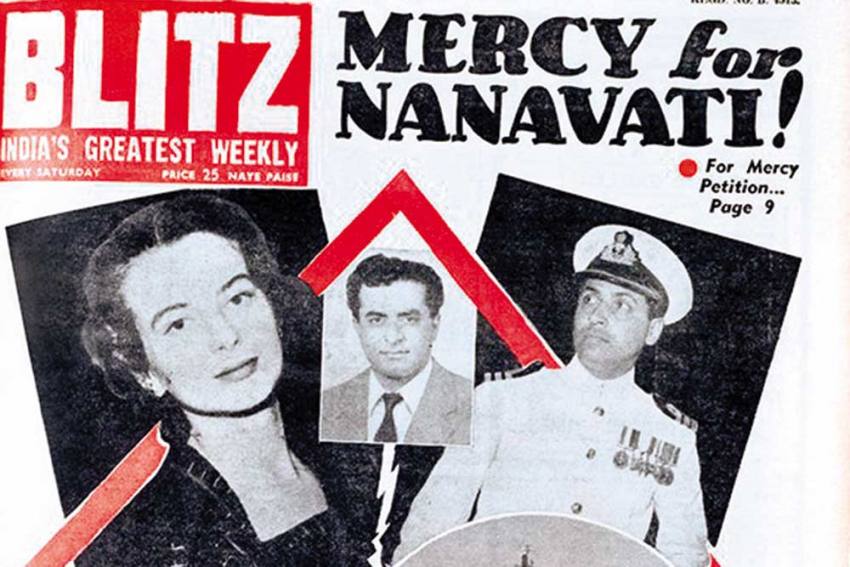 Hearsay
Many believe Blitz’s coverage of the Nanavati case influenced the jury
Prashant Reddy T., Vaidehi Misra December 12, 2019 00:00 IST OPINION | How About Including Citizens In Criminal Justice System? The Jury System Can Be Very Educative 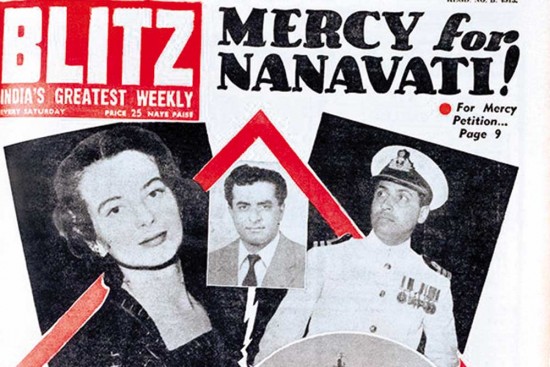 In India, encounter killings have a long and unfortunate history, more so with the police forces in Andhra Pradesh and Telangana. It is, however, difficult to ­remember a time when the police were congratulated and celebrated with as much fervor as in the case of the recent killing of the four accused of sexually assault and murder a veterinary doctor in Hyder­abad. Everyone, from politicians and sports stars to ­celebrities and people on the street, seems to be celebrating the shootings, even though on most days, it is these very people who complain of the corruption and inefficiencies of the ­police. The common justification ­offered by those supporting the killing of the suspected rapists is that the due process of law is complicated and takes too long. It appears that the long-­accepted norms of India’s criminal justice system, which includes the right to trial in an open court, are falling out of favour with the Indian middle class. Why is this happening?

A part of the reason for this loss of faith is that people do not know much about the criminal justice system and its workings. Those of us in the legal community, especially academia, have done little to ‘sell’ the importance of fair trials to the public. The courts themselves have failed to keep up with the times. In this age of unprecedented transparency of public institutions, the refusal of courts to live-stream their proceedings makes them mysterious institutions for laypersons.

Popular culture in India is equally bad at emphasising the importance of a fair criminal trial. In the United States, popular culture has innumerable courtroom dramas with characters like Atticus Finch, Perry Mason or Daniel Kaffee (potrayed by Tom Cruise) in A Few Good Men playing starring roles as criminal defence lawyers, defending the reviled. India, on the other hand, has usually celebrated only ‘encounter specialists’. Movies like Shahid, where the criminal defence lawyer is the hero for his skill in dismantling fabricated police cases in order to secure the acquittal of his client, are rare.

The burden of civilisation, however, rarely falls upon popular culture; it may be more helpful to look at the fundamentals of our criminal justice system. Should India create a system with greater participation of the masses? Have technocrats, such as lawyers and judges, hijacked the process to an ­extent that the public feels the system does not represent or work for them anymore? Are the celebrations in support of the encounter killing a manifestation of populist rage against the criminal justice system?

The inclusion of common people in the criminal justice system is not ­unknown. In the United States, for instance, every accused has the right to a trial before a jury consisting of their peers. As a result, every criminal trial in the US is conducted before a jury of 12 people. Most Americans take great pride in the jury system and some states like California have even proposed allowing foreign immigrants to serve on the jury.

While it is instinctively tempting to equate jury trials to panchayats, the former are supervised by a judge trained in the law and positioned to ensure that both sides follow the accepted norms of criminal procedure that form the kernel of due process. The fact that anybody could be part of the jury ensures that lawyers and judges conduct courtroom proceedings in a language that can be easily understood. This is very different from the traditional Indian courtroom, where both judges and lawyers speak in a jargon that makes the proceedings ­incomprehensible to outsiders. More ­importantly, including citizens in deciding the guilt of the accused educates them about the complexities of criminal justice and makes them receptive to the idea that the state can frame the wrong people for crimes they did not commit. There could be no better education about the criminal justice system than jury duty. Participation and representation also ensure greater legitimacy of the criminal justice system.

The massive support for ­encounter ­killings on ­social media suggests that few have faith in courts.

India is no stranger to the jury system—the British introduced jury trials in the 19th century when they transplanted the English criminal justice system to India. It was to be used only for a certain class of offences and before certain courts. Legal historian Kalyani Ramnath, who has written extensively on the history of jury trials in India, notes the support for the jury system from progressives like W.C. Banjeree and Raja Ram Mohan Roy who “argued that it allowed Indians to have a say in judicial interpretation”. She also notes that “by the 1850s, the Indian elite seemed to have agreed upon retaining a jury system.” The operation of the system was not exactly smooth and as Ramnath explains, many in the British administration were suspicious of the capacity of the “Indian native” to perform the role of jurors.

The system of jury trials for certain offences continued even after Independence. During a Rajya Sabha debate on criminal procedure reform in 1954, then deputy home minister B.N. Datar argued in favour of retaining jury trials: “…so far as the views of the central government are concerned, we are of the view that the jury trial is a very important right given to the public for being associated with the administration of criminal justice…”

A few years later, in 1959, the Nanavati case provoked an outrage after a jury in Bombay acquitted Commander K.M. Nanavati in a murder trial. He was accused of killing Prem Ahuja, whom he suspected of having an affair with his wife, Slyvia. At the time, the newspaper Blitz launched a high-decibel campaign arguing for Nanavati’s acquittal and many believe it influenced the jury. The case set the stage for the eventual abolishment of jury trials when India brought in a new Code of Criminal Procedure in 1973.

Separate from the deliberation over jury trials is the debate on doing away with the formal courts set up by the British in favour of nyaya panchayats (village courts) that would be staffed by villagers. In fact, some states in post-Independence India had instituted a system of nyaya panchayats to adjudicate disputes. These courts comprised of laypersons who were elected or nominated to the post. The experiment of nyaya panchayats was reportedly not very successful in Rajasthan and Maharashtra; these were eventually abolished. Indians, it appeared, had more faith in formal courts run by qualified judges.

In 2008, Parliament enacted the gram nyalayaya act. This legislation traced its roots to a law commission report from the 1980s, which proposed a new experiment in the settling of disputes. It called for the setting up of village courts where cases would be adjudicated by a panel of three judges, of whom only one would be a civil judge or judicial magistrate trained in law, while the other two would be drawn from a pool of “respectable residents in villages” who have a “university degree or at least passed a higher secondary school leaving examination”.  The law commission ­believed that this combination of one judge with formal legal training and two laypersons would ensure that the “nyaya panchayat will have legal ­expertise and people’s participation, and avoid caste, communal, or political contaminations”. Although the version of the law enacted in 2008 borrowed its name from the law commission report, it was indistinguishable from regular courts since only judges with legal training could be appointed to gram nyalayayas—the proposal to ­include laypersons was junked.

Most of our colleagues from the legal community would be horrified at the idea of allowing people without legal qualifications to participate in the justice system. This is owing to the belief that the masses would either be biased or incapable of understanding and ­applying the law properly. But perhaps this is the core of the problem. How can a system that is either too complicated or incomprehensible for most enjoy popular legitimacy? Why do most lawyers believe that only professional judges are capable of rendering judgments without bias when most in the legal profession can predict the exact outcome, depending on the judge hearing the case?

We live in an age of populist rage against technocrats and specialists. It is no secret that social media-fuelled populism is changing the nature of our politics. The widespread support for the encounter killings on social media is the first sign that few Indians have faith in our criminal courts. It would be a mistake to ignore this rage or ­attempt to tackle it through instant solutions like fast-track courts. There is a need to think of new-age measures for this age of populism.

There used to be a time when only landowners, men or the educated could vote in democracies because those in power did not trust the landless, women or the uneducated. Only few countries like India demonstrated the courage to adopt universal franchise from the very outset, recognising the right of all citizens—irrespective of gender, caste or creed—to vote for their leaders. Dem­ocracy may not have been the most efficient system, but we still agreed to it because it was the most representative and thus, likely to ensure the legitimacy of the state among all its citizens. Similarly, ­including the masses in the criminal justice system may not be the most efficient method of adjudication, but if it bolsters the legitimacy of the criminal justice system, we should think of allowing it.