Even though India’s sheen in its capacity as an economic and military power is being corroded, the BJP’s self-confidence has not waned at all, writes academician Siddiq Wahid 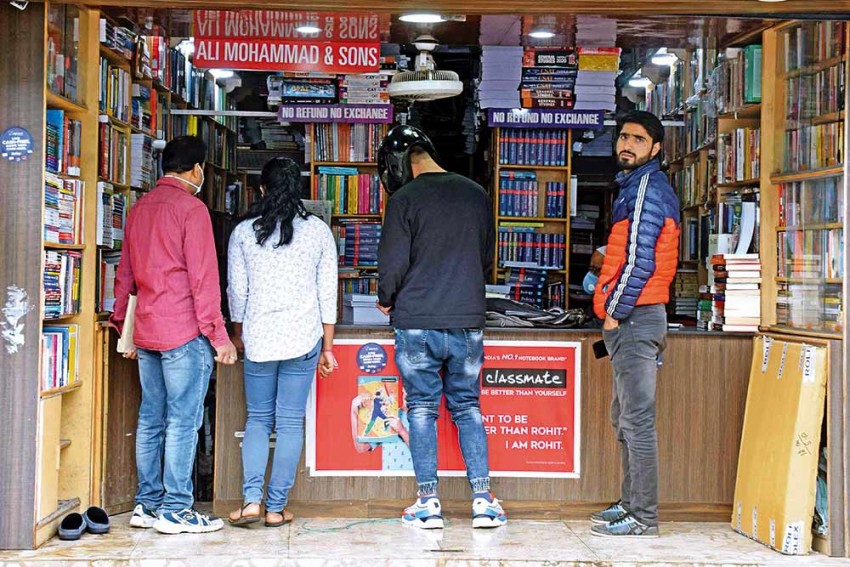 August 5 marks the first anniversary of three distinct, radical and game-changing decisions impacting the disputed state of J&K.  These were the derogation—­because technically it is still on the books—of Article 370; the abrogation of Article 35A; and the dismantling of the state of J&K. All three steps were taken without any reference to the people of the state or any discussion in ­Parliament. Yet, they were done with consultation enough to ensure legal validity while circumventing the truth, a manipulative technique at which New Delhi is very proficient.

The government’s basis of support was the ruling BJP’s visceral understanding of vast swathes of populist (as opposed to discerning) India and its calculated use of muscle. In the latter category of instrumentation was the disinformation campaign by the martial command and control of Kashmir. It was an unprecedented psychological operation designed to cause confusion, provoke crowd panic and feelings of imminent calamity, ­inc­luding “terrorist” attacks, communal unr­est or even war. It sent Hindu ­pilgrims, tourists and non-Kashmiri ­daily-wage labourers scurrying home in confusion and fear. Ladakh and Jammu too were subjected to such disinformation, but the focus of the actions was on slurring Kashmir, which has been under a year-long lockdown since, with occasional letups to allow the arg­ument that the restraints have not been unbroken.

What has the BJP-led government achieved with its Kashmir-centric J&K policy? Ominous adverse consequences, be it in the (former) state, in the South Asian region or in the world.

The Centre’s move on Kashmir was taken without any reference to the people of the state.

From demographically tiny but strategically all-important Ladakh, the feedback has been complex. In Leh district, the August 2019 announcement was followed by elated celebrations. Kargil district was cautious about the implications of the ruling and critical of the communal theme of the state’s bifurcation. But six months later, both districts were publicly protesting broken promises. The BJP’s Ladakh chief resigned three months later, citing the disempowerment of its local cadre in the party’s praxis. In Jammu, the BJP’s bastion in the region, it is faced with sizeable ­scepticism because of the fear of being overwhelmed to disadvantage by “outsiders” in the spheres of commerce, ­livelihood and land rights. Meanwhile, Kashmir braces for the worse possible scenario—more violence as the BJP government presses ahead with its agenda of wholesale demographic alteration.

The effects on the region (defined by the consortium of the dispute’s territorial “stakeholders”) of the August 2019 move by Delhi has come into focus in the last two months. Islamabad was predictably shrill initially, using words as strong as “fascist” and “genocide”. Since then, however, its rhetoric has subsided, giving way to a sanguine inscrutability. Beijing—an integral neighbour by virtue of its extensive boundary with South Asia—reacted with unusual speed. In words, it objected vehemently within 24 hours, but was wide-ang­led in its ­response on the ground. They were ­operationalised over the next eight months, as New Delhi discovered in early May of 2020.

The international implication of Delhi’s adventurism is a work in ­progress. The actions in J&K served as a testing of the waters on authoritarianism in all of India. Due to the BJP’s ­indefatigable buoyancy in its mission for “new” India, its actions in J&K were followed, in quick succession, by introduction of CAA and reactivation of NRC, both religiously discriminating laws. It igni­ted India-wide protests as the laws served to highlight the BJP’s crafty interpretation of the Indian Constitution. Internationally, the move drew widespread rebukes from western democracies and Muslim countries, which questioned the BJP’s commitment to rule of law, including in Kashmir.

Yet, even though India’s sheen—both as the world’s largest democracy, and in its capacity as an economic and military power—is being corroded, the BJP’s self-confidence has not waned at all. Persistent myopia in internal politics and growing doubt in international politics—it is a dichotomy that has led to at least two modern global wars. The world would do well to remember it.

I Hope There Will Be Rethinking In Delhi: Khurshid Mahmud Kasuri

(The writer is a professor of Central Asian and Tibetan history. Views ­expressed are personal.)