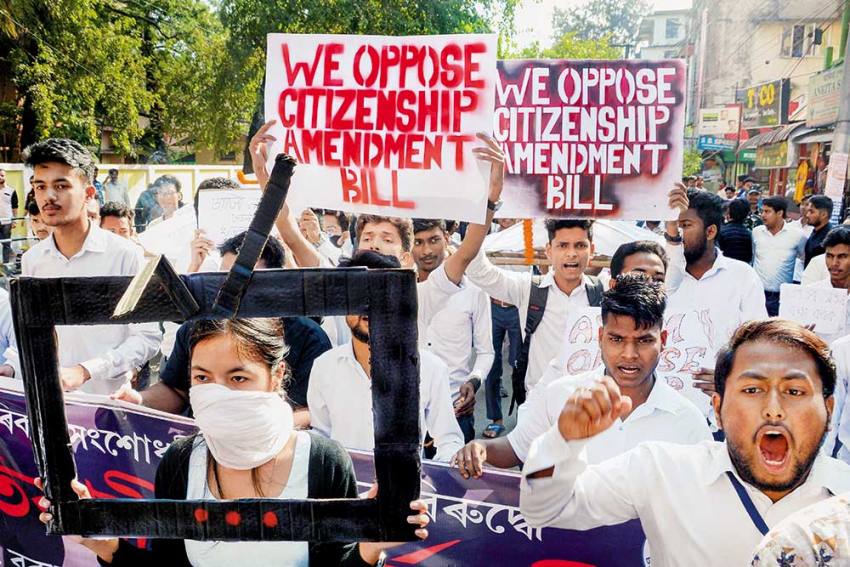 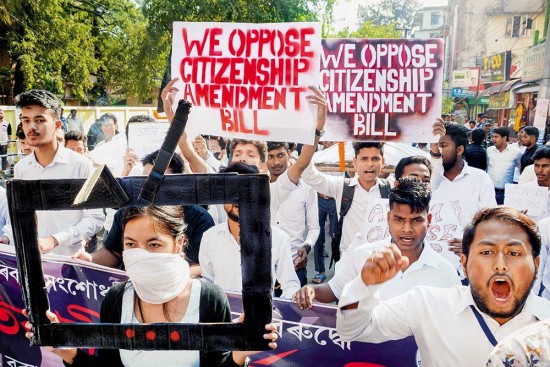 The BJP’s bold legislative initiatives have been a fraud on or rather subversion of our Constitution, amounting to a bizarre mix of literalism and extreme sophistry. Prime Minster Narendra Modi has hailed the Citizenship (Amendment) Bill as “in line with India’s centuries-old ethos of assimilation...and humanitarian values”, but in reality, it is a vicious ploy to aggravate communal divisions and tensions. For the people of Assam, who proudly embrace their past heritage of sacrifice and struggle for India’s freedom, it appears like a gross betrayal of trust. For in the name of freedom, they had not bargained for a loss of their precarious independent identity and culture. The abrupt and massive rise in the number of Bengali speakers, whose identity is secure in West Bengal and Bangladesh, can only mean extinction of our language and culture.

A very interesting, recent revelation by a leader of a left party is that the government has time and again assured the Assamese that no Hindu from Bangladesh will be accepted as a citizen after December 31, 2014. The leftist leader has exposed that the date has no legal standing as it occurs not in the body of CAB but only in a notification by a joint secretary and may be altered or dropped any time.

The two main thrusts of the bill are already well-known. First, it turns the process of naturalisation into a farce to suit the BJP’s hidden agenda of Hindu Rashtra. And second, it puts the Muslim community under a glare of mistrust and alienation. Both throw constitutional principles into the garbage bin and vest sovereignty of the state in the hands of an irresponsible party that aims to reshape the state.

The bill has made a farce of the process of ­naturalisation to suit BJP’s agenda of Hindu Rashtra.

A close examination of Union home minister Amit Shah’s defense of the indefensible in Parliament, when answering critics, ­betrays this deplorable casuistry. He ­repeats the tired cliché among RSS circles that the country had been partitioned along communal lines owing to Congress betrayal and that non-Muslim masses in Pakistan had waited for 70 years for “justice”. The plain and simple truth is that the Congress had never accepted the two-nation theory and it had only been the basis of Pakistan. Further, all Hindus and Sikhs who wanted to come from Pakistan following Partition had been accommodated by the early sixties of the last century. Others followed at various times during times of communal violence, but many still were unable or unwilling to tear themselves away from their ancestral roots. There is no point in trying to tempt them to cross the border. The Indian government has every reason and power to demand that Pakistan protect minorities under threat. Instead, the BJP government accepts it as a fact of life!

Also Read | OPINION: Classification Based On Religion, Caste Or Place Of Birth Is Unconstitutional

The RSS plea that every Hindu finds a natural “homeland” in India has also been ­refuted by a considered and conclusive rejection of that idea during debates on citizenship in the Constituent Assembly. The most egregious misreading of the Constitution occurs in Shah’s argument that “equal treatment of all” guaranteed by Article 14 has, in fact, been constrained by its own commitment to “special treatment of minorities” (as in their right to have their own educational institutions etc). He pleads that under some “special classification on reasonable grounds”, some groups may be treated more favourably under the auspices of the Constitution! Actually, like reservation for SC/STs, the impugned clause is designed to ensure equality. The architects of our Constitution knew that true equality also requires protection of minorities from the ­tyranny of the majority. The RSS line of thinking, which has inspired this legislative sleight of hand, only plans to strengthen such tyranny by a constructed majority.

The writer is a Sahitya Akademi awardee and columnist. Views expressed are personal.