Home  »  Magazine  »  National  » Cover Stories  » Opinion  » Opinion »  Opinion | By Destroying J&K, The Gulf Between 'This Part' And 'That Part' Of India Has Only Widened: Yashwant Sinha

Opinion | By Destroying J&K, The Gulf Between 'This Part' And 'That Part' Of India Has Only Widened: Yashwant Sinha

BJP has gone back on its commitment to the people of Jammu and Kashmir. Atal Bihari Vajpayee's doctrines of Insaniyat, Kashmiriyat and Jamhuriyat have been forgotten, writes Yashwant Sinha 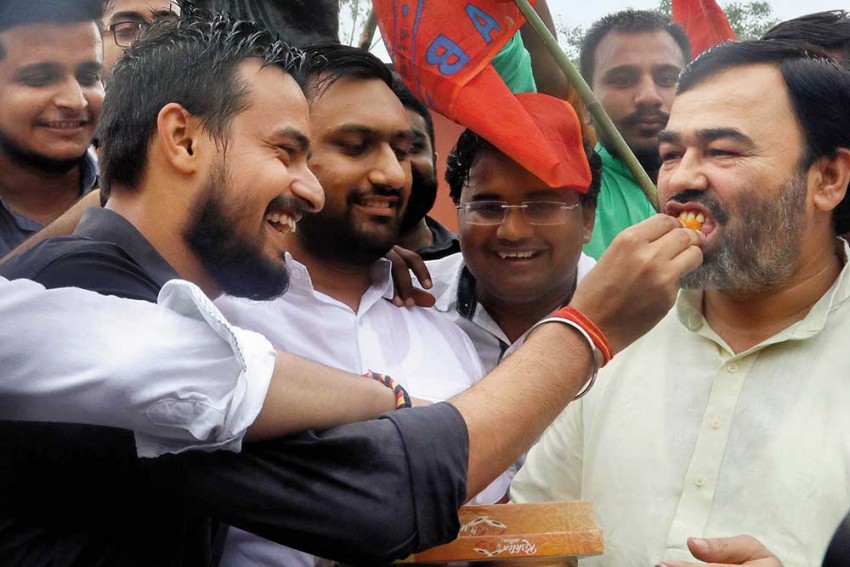 Photograph by Suresh K. Pandey
Yashwant Sinha August 08, 2019 00:00 IST Opinion | By Destroying J&K, The Gulf Between 'This Part' And 'That Part' Of India Has Only Widened: Yashwant Sinha 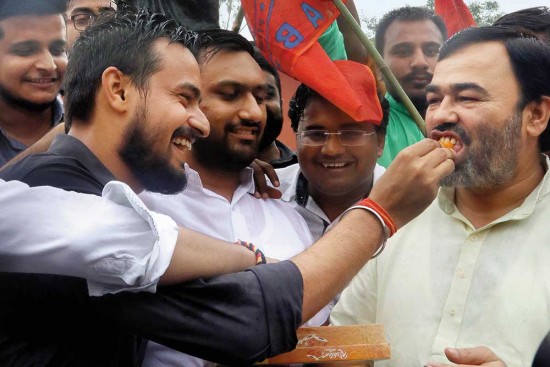 I am apprehensive about the future. In one stroke, everything is finished. Instead of Jammu and Kashmir, we have two Union territories now and the Valley appears to be under martial law. More telling is the stark difference in the reactions coming from Kashmir and the rest of the country after the Modi government ended the special status of the state by scrapping Article 370. People in the Valley are crestfallen, but in other parts of India, sweets were distributed and saffron flags and the tricolour were paraded to celebrate the ‘momentous’ occasion.  This ­underscores the gulf ­between ‘that part’ of India and ‘this part’, and does not augur well at all.

If the government’s decision were a welcome step and in the ­interest of Kashmir’s populace, why do we have a lockdown there? Why did the government rush 38,000 troops there? I ­believe it has taken this step to win upcoming state elections.

Successive regimes in Delhi have made many mistakes in dealing with Kashmir. It was only Atal Bihari Vajpayee who took some constructive measures with his ‘Insaniyat’ (humanitarian) approach, which is still admired in the state. His decisions today would have been ­entirely different from the current government’s—he would have taken the people of the state into confidence. Even though revoking Article 370 was a key ideological promise of the BJP, he would have never approved of this because ­national interest was his supreme consideration. His government didn’t have a majority then but even if it did, he would have never considered such an option as he didn’t believe in the use of force. Had he got another term after 2004, we would have taken concrete actions to resolve the Kashmir issue. It is ironic that L.K. Advani praised the revocation of Article 370. When Vajpayee started negotiations with Hurriyat, it was Advani, then home minister and deputy PM, who conducted the talks.

J&K as a state has been destroyed and its people were not consulted when the decision was taken. The Indian government has followed a constitutionally ­dubious procedure and my view is that the whole action can be challenged in the Supreme Court. It won’t stand scrutiny because it is in clear violation of Article 370. Article 35A was introduced to protect the rights of Kashmiris. The Constitution recognised these special provisions ­for various historical reasons.

“We should try to win over the ­people of Kashmir to our side. My ­approach has been to speak to them and seek their support.”

By replacing popular mandate with the governor’s will, the Centre has set a bad precedent. It has decimated the mainstream parties and leaders of J&K. Such a scenario can occur in any state now. In my experience, people in the Valley are emotionally attached to the special status. Article 370 talks about the terms of ­accession—this was a conditional accession and we accepted it; even Sardar Patel agreed.

Some have now created a narrative that if Patel had his way, there wouldn’t have been any problems in the state. But Patel had actually agreed with Mountbatten to hand over J&K to Pakis­tan. He said that so long as Juna­gadh and Hyderabad ­remained with India, he didn’t have a problem ­because the state was predominantly Muslim.

The BJP has clearly reneged on its word. When it had aligned with the PDP, it made a commitment to the people of J&K with its agenda of governance. The first report by the civil society delegation that I led in 2016 talked about the agenda, which was based on Vajpayee’s doctrines of ­Insaniyat, Kashmiriyat and Jamhuriyat ­(democracy). The BJP also gave an assurance that it would not interfere with the cons­titu­tional provisions of the state. However, it quickly forgot those promises.

Considering the sensitive situation in the Valley, the recent move should have been ­implemented tactfully and not with an iron fist. I have ­always maintained that we should win over the people of J&K to our side. My ­approach has been to speak to them and seek their support.

After the Shimla Agreement, everyone ­accepted that the issue should be resolved through bilateral talks. The international community has always put pressure on both Pakistan and India to have dialogues. Now the international community will be more reluctant to ­accept the way India has acted in the region. Our country has a certain global standing and this step will have adverse ramifications. That standing can be compromised if we do not properly explain our actions on international platforms. Another consequence will be the escalation of militancy in the region. It’s anyone’s guess that militancy thrives with support from the locals. Now, with this alienation, people are going to be more with militants and less with us.

As told to Preetha Nair