Bengalis living in Assam from decades before Bangladesh was born in 1971 are routinely called 'Bangladeshis'. The experience of feeling unwanted in one's own country is baffling, writes journalist Samrat Choudhury 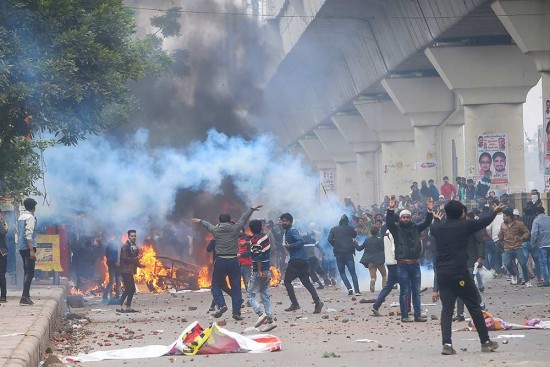 Assam was the first state to erupt in protest against the Citizenship (Ame­n­dment) Act. It was also the first, and so far, the only, state to go through the exercise of the National Register of Citizens. However, protests there have been only against the CAA, not the NRC, despite agreement over the fact that the exercise, which left out 19 lakh people, was deeply flawed. This is because the primary emotion driving anti-CAA protests in Assam and the Northeast is fear of the Bengali Hindu. For us Bengalis from the region, this is unsurprising. The exp­erience of being unwanted citizens in our own country is one that three generations of Bengalis, Hindu and Muslim, have lived with in Northeast India.

At Partition, most of the Sylhet district of undivided Bengal, an area of Bengali habitation, went to East Pakistan in a controversial referendum. Bengali Hindus from there became refugees. Many of them migrated to what had until then been part of the same province, but now a part of Assam and India. There, they found themselves unwelcome. Refugees who survived Partition, were attacked again after reaching what they imagi­ned was safe haven in Assam. This process picked up from 1960 onwards, in riots called the ‘Bongal Kheda’ or ‘drive out Bengalis’ riots. The principal targets were Bengali Hindus.