Home  »  Magazine  »  National  » Political Weapon/Firearms Law »  One Gun Too Many? When Lawmakers Pull The Trigger To Suit Themselves

One Gun Too Many? When Lawmakers Pull The Trigger To Suit Themselves

The deadly equation between politicians and weapons has never been a mystery. But when MPs amend the gun law so as to keep their arsenal intact and safe, it raises concerns 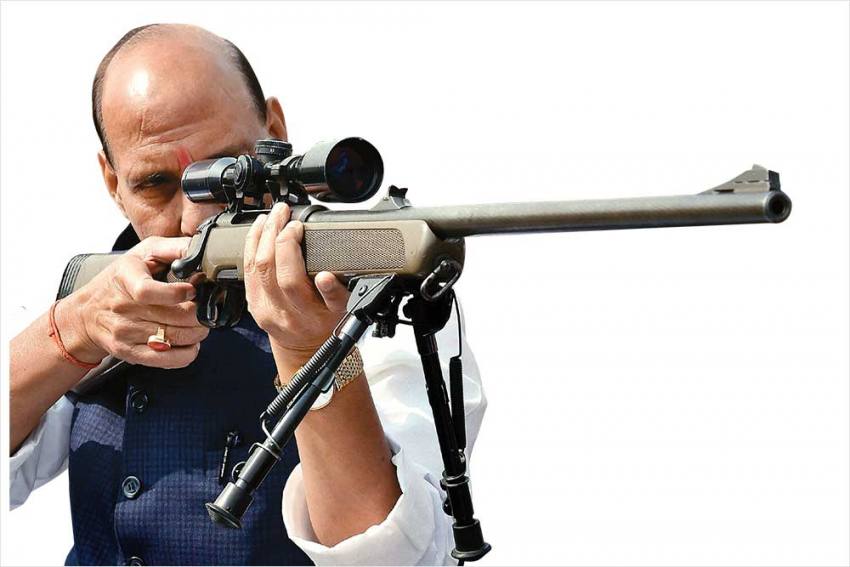 Photograph by PTI
Jyotika Sood December 12, 2019 00:00 IST One Gun Too Many? When Lawmakers Pull The Trigger To Suit Themselves 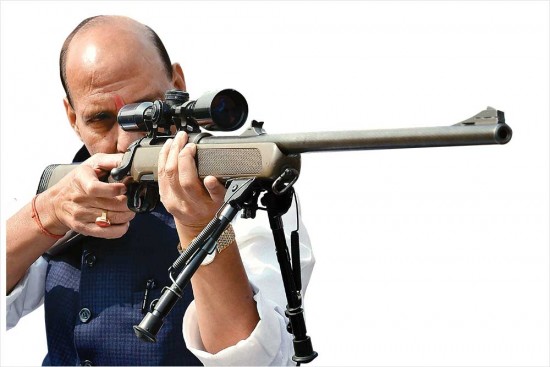 In a flip-flop following pressure from stakeholders, including MPs, Parl­iament passed the Arms (Amendment) Bill, 2019, on December 10, with a key provision diluted. Instead of reducing the maximum number of firearms for which licence can be issued to an individual from three to one, as the bill originally envisaged, Parliament settled for two as the new limit. Had the limit been reduced to one, it would have affected defence minister Rajnath Singh, agriculture minister Narendra Singh Tomar, social justice minister Thawar Chand Gehlot and food processing minister Harsimrat Kaur Badal.

“Owning multiple weapons was a nec­essity in an era of poor communication facilities when police stations were few and far away, and the amendment refle­cts the changed realities of our society,” said home minister Amit Shah, adding that the bill was uploaded for comments a month ago and changes were made based on the feedback received.

According to data collated from affidavits filed for the 2019 general elections, over 18 per cent of Lok Sabha MPs have firearms. The weapons, including both India-made and imported, cost Rs 4,000 to Rs 7 lakh as per the affidavits. “The prices must have been underestimated, though it can be ascertained only by looking at the condition of the guns,” says a senior IPS officer who didn’t wish to be identified. Jagdambika Pal (BJP), Asaduddin Owaisi (All-India Majlis-e-Ittehadul Muslimeen), Ajay Nishad (BJP), Mohammed Azam Khan (Samajwadi Party) and Ram Shiromani (BSP) are among the MPs who have more than one licensed weapon. Shiromani, who represents Uttar Pradesh’s Shrawasti constituency in the Lok Sabha, says the home minister has not cleared if the provision of two firearms is only for people applying for new licences or also for those like him who already have three licences.

However, Nishad, who congratulates the government for raising the limit from one to two, claims he will surrender one of his three licensed guns. When asked why he has three in the first place, the Lok Sabha MP from Bihar’s Muzaffarpur says he is also a businessman and got the licences in the 1990s citing security reasons. 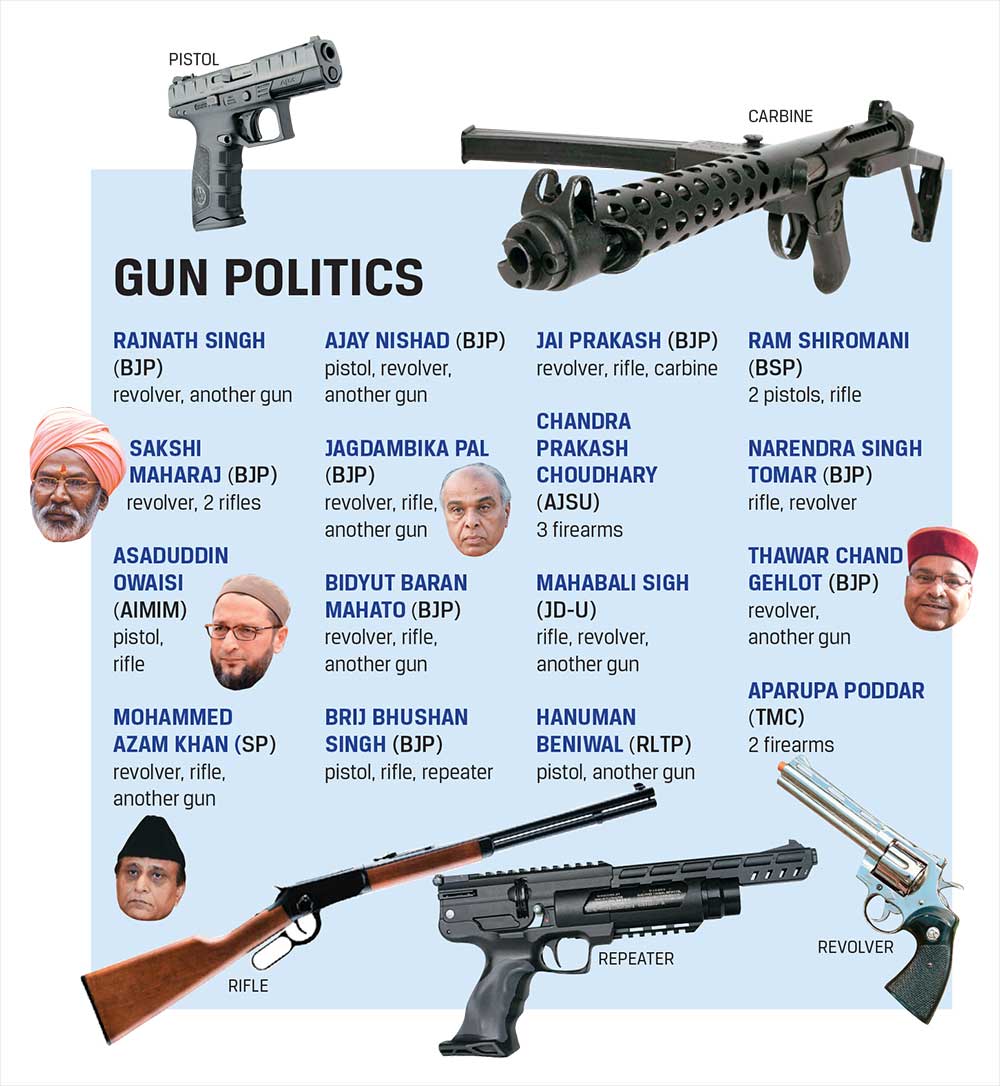 “Most MPs, MLAs and others with ­political party affiliations get weapon licences citing security reasons, but if the government had been really serious about the issue, it would have mandated everyone who gets into a legislative position to surrender their weapons,” says the IPS officer. “If Union ministers who are provided high-level protection feel unsafe and need weapons, then what would happen to a common citizen!” Union ministers who have one licensed weapon are Mahendar Nath Pandey (revolver), Gajendar Singh Shekhawat (pistol), Faggan Singh Kulaste (revolver), Sanjeev Kumar Balyan (pistol), Anurag Thakur (pistol) and Nityanand Rai (rifle).

A report by the Association for Democratic Reforms and RTI activist Ambrish Pandey revealed a few years ago that many guns seized by custom ­officials were sold to MPs and VIPs—756 guns during 1987-2012. The report claimed that among the prominent ­people who bought these guns were Uma Bharti, Vijay Goel, Yogi Aditya­nath, Mayawati, Jagdish Tytler, Bhupinder Singh Hooda and Syed Shahnawaz Hussain.

Election affidavits show some interesting trends. A lot of MPs who have weapons also have other firearms ­licensed in the name of their spouses. Most of the MPs with weapons belong to the ruling BJP and are from Uttar Pradesh, where political rivalries often take a violent turn. Swami Sachchi­danand Hari Sakshi, who won the Unnao Lok Sabha seat, has a ­revolver and two rifles. Keshari Devi Patel, MP from Phulpur, has a revolver and a rifle, while Veena Devi from the Lok Janshakti Party, who represents Bihar’s Vaishali constituency in the Lok Sabha, has a rifle and another gun.

Significantly, Punjab is the only state that has opposed the bill—CM Amarinder Singh cited its “sensitive ­location” and “troubled history”. In a letter to PM Narendra Modi, the Punjab CM pointed out that he had raised the issue during his visit to the state on the occasion of the opening of Kartarpur corridor. The Punjab government was in agreement with most of the proposed provisions, but had strong reservations on restricting the number of firearms a licensee can possess. The Punjab CM ­argued that a very small fraction of crime was committed using licensed weapons, and also that farmers need firearms to scare wild animals away and protect their crops. However, stressing that arms, ­firearms and explosives are in the Union list of subjects for the Centre to legislate on, Amit Shah said the bill did not usurp any legislative powers granted to the states under the Constitution.

Introduced on November 27, this was the first amendment bill to the arms law since 1988. It increases the licence ­period from three years to five years and makes licence in electronic form mandatory. Punishments have been enhanced from 5-10 years to 7-14 years and life ­imprisonment for manufacturing, selling, repairing, testing and possessing prohibited arms. It also has provisions to penalise negligent and rash use of firearms as well as celebratory firing endangering human life, which would invite a fine of Rs 1,00,000 or imprisonment for two years, or both. And, while it increa­ses the number and types of weapons for sportspersons, provisions related to ownership of arms by retired and serving personnel of the armed forces remain unaffected. Parliament has also allowed individuals to retain ancestral guns in a deactivated state. This means such guns may be kept as demo guns, which must not be in a condition to fire.