Marijuana may be local, but drug cartels are now using women and children, even BTech students, to ship in harder drugs from Bengal. The ‘Hunt for White Spider’ is on. 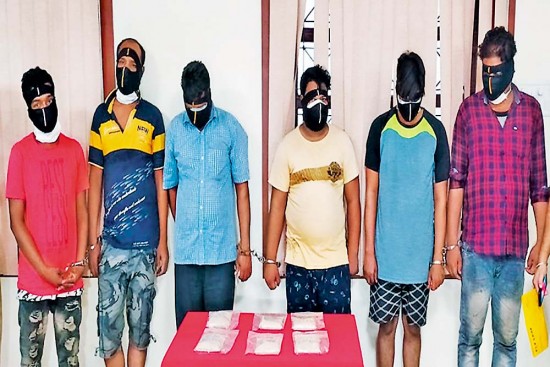 When drug abuse in Bollywood was  headlining as an offshoot of film star Sushant Singh Rajput’s death last year,  the eastern city of Bhubaneswar was in the news too—it’s being called the best place to get the most potent pot, or marijuana. But no one in Odisha was surprised. A spate of confiscation of large hauls of narcotics, mainly brown sugar and ganja, has long stopped raising eyebrows in the state.

It has been relatively easier to keep tabs on ganja— grown in Odisha and smuggled to other places—but it is brown sugar from neighbouring West Bengal that has kept the police and excise department constantly on their toes. Last year, Odisha Police launched a special drive against illegal drugs that has so far led to the seizure of 54 kg of brown sugar and over 84 quintals of ganja. Over 100 peddlers have been arrested, but the mafa carries on.

Much of the brown sugar has been seized in the twin city of Cuttack-Bhubaneswar. In the past five months, the Bhubaneswar-Cuttack commissionerate police have seized brown sugar worth Rs 8 crore and arrested 39 people. Alarmed at the frequent seizure of large quantities of narcotics in the twin city, the commissionerate police have launched ‘Operation White Spider’, a special drive to checkmate the drug cartel.

While the seizures have mostly taken place in the Bhubaneswar-Cuttack twin city, there has been a Balasore connection in almost every case. Jaleswar, in particular, has emerged as the hub of an interstate brown sugar trade running into crores of rupees. Police sources say the drug is smuggled into Odisha from Murshidabad in West Bengal via Kharagpur on trucks ­shipping vegetables before being ­dispatched to Bhubaneswar, Cuttack and other places for retail sale.

What has made things difficult for the police is the use of women and children by the drug lords to ply their trade. Another cause for concern is the involvement of students. Among the 100-plus peddlers arrested in the past one year were two BTech ­students in Bhubaneswar.

(This appeared in the print edition as "Hunt For White Spider")