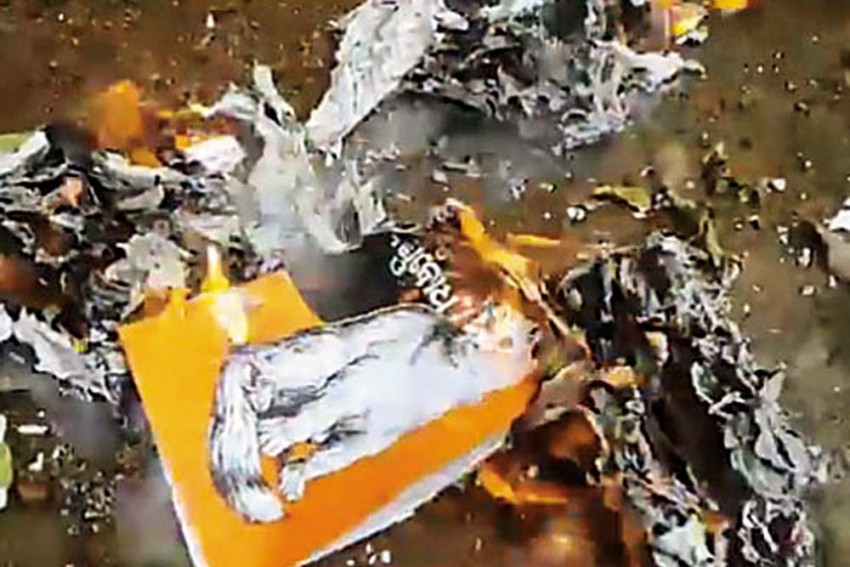 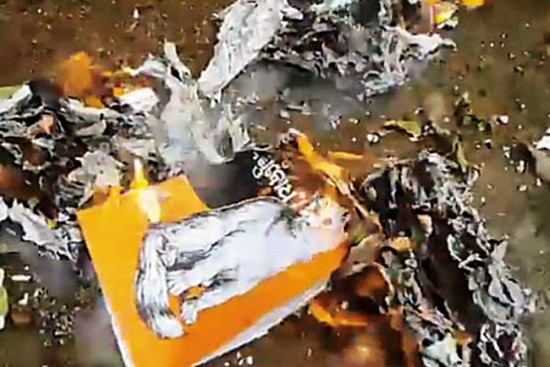 The fissures have been lurking beneath the surface since Independence. All it needed to burst into the surface was a mischievous video showing the burning of Madhu Barnabodha, the gra­m­­mar primer written by eminent Odia poet Bhaktakabi Madhusudan Rao that has initiated generations into the language. The year-old video was sha­red on Facebook, on Independence Day, by a group based in western Odisha that refuses to accept Odia as its mother tongue and is fighting for recognition of Koshali, the language spoken in the region.

Predictably, this caused a fur­ore, with Odia writers and intelligentsia  up in arms against this wanton sacrilege aimed at a lan­guage that is one of only six Indian languages to have the ‘classical’ tag. What enraged them in particular was the use of a photograph of Padma Shri Haladhar Nag, the eminent Koshali folk poet, on the cover of the Facebook page on which the video was shared. A bitter ‘language war’ broke out, primarily on social media, between proponents of the two languages. The hashtags #BhashaFauja (‘Language Army’), started by writer-publisher Saroj Bal, and #Bhasha Saisa (language horseman), launched by Subhrasu Panda, head of Pen In books, trended on Facebook for days—names were called and credentials mercilessly lampooned. Claims and counter-claims flew about and falsehoods, including a laughable claim that Koshali is older than Odia, were bruited around.

It was obvious that the sharing of the video was a deliberate, diabolical act of mischief by votaries of Koshali and, by extension, a separate Koshal state. Ess­en­tially, they were trying to tap into the fee­ling of hurt and neglect nursed by peo­ple of western Odisha over the alleged dominance of coastal Odisha in political and cultural spheres. Yet, the devilish des­ign aimed at deepening existing fault lines and reopening old wounds went undiagnosed. Everyone jumped headlong into the fray, not realising the potential damage to the emotional integration of western Odisha into the mainstream.

Two days later, Nag, a social media illiterate, came out into the open, condemning the burning of Madhu  Bar­na­bodha and filing a case against Saket Sahu, the creator of the Koshali Sahitya page, for misusing his picture. In a video message, he said he was completely unaware of the use of his picture at first. 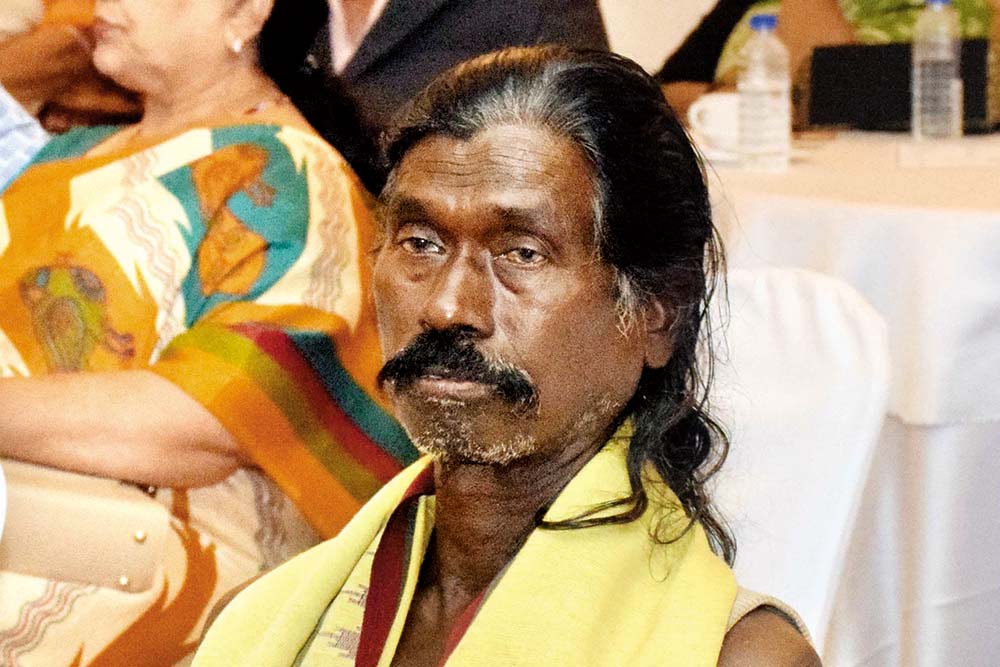 Photograph by Sanjib Mukherjee
Koshali poet Haladhar Nag decried the use of his photo in the fracas. Yet he was dragged into the row over a separate Koshal state.

But the conflagration had spread. ‘War­riors’ of Odia were not ready to acc­ept his rebuttal, calling it an “afterthought”. Soon, old videos were ferreted out where Nag appeared to be making fun of some Odia words like ‘bou’ (mother) and ‘gamuchha’ (traditional cotton towel used by villagers). Panda shared a news item about Nag meeting chief minister Naveen Patnaik with a delegation of Koshali activists, demanding the creation of a separate Koshali Sahitya Akademi, to prove the point. “We respect Nag as a poet. But he should not do anything that creates fissures between people of the two regions. We plan to organise a Bar­na­bodha rally and submit a memorandum to the government, demanding an act to punish those who denigrate any language, not just Odia. We have no problems with Koshali or any other dialect getting  language status. But the dem­and for a separate state is not acceptable,” he tells Outlook.

There are reasons to believe that the burning of Barnabodha was an act of desperation by vot­aries of a separate Koshal state. Yet, for all that, the demand has failed to win popular support in western Odisha. The fact that it has never been a poll issue or a subject in the larger political discourse proves as much. All prominent writers from western Odisha have also condemned the burning. But the mischief-mongers got what they wanted: creating a flashpoint over language. Given the tepid reaction of the people of western Odisha, however, it is doubtful if it would help their larger cause—a separate state.

Not many outside Odisha know that it was the first state in India created on linguistic basis, after a long struggle, on April 1, 1936—nearly two decades before other states were created on such a basis. And the people in western Odisha played a very important role in the creation of a separate Odisha. Sage advice on both sides has called for an end to this ungainly battle. It remains to be seen, however, if the belligerents heed words of wisdom.