Nutrition Warriors | Believe It Or Not, Using Saliva To Pre-Diagnose Protein Energy Malnutrition 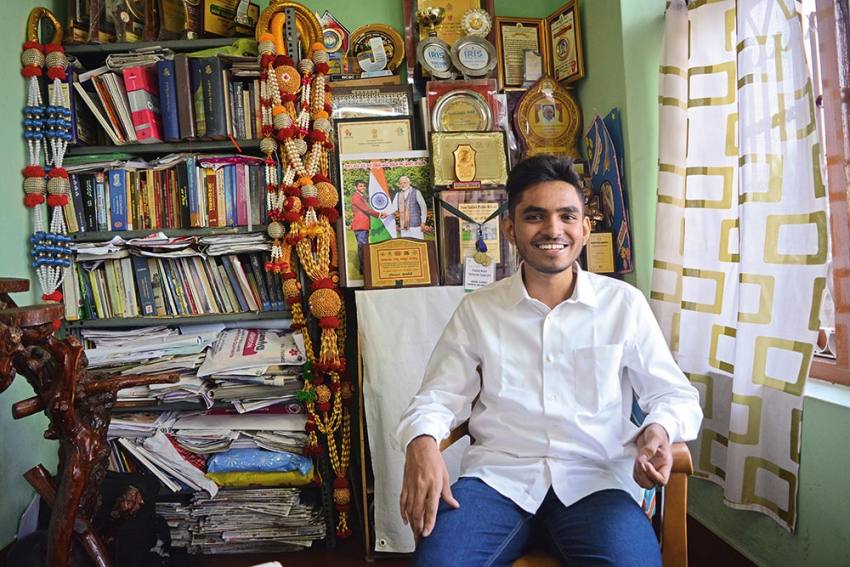 Whiz Kid Mohammed Suhail’s saliva test does away with the need for a blood test to diagnose malnutrition
Photograph by Ajay Sukumaran
Ajay Sukumaran January 08, 2020 00:00 IST Nutrition Warriors | Believe It Or Not, Using Saliva To Pre-Diagnose Protein Energy Malnutrition 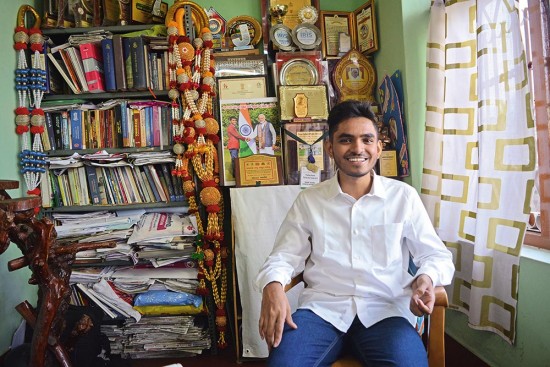 Mohammed Suhail C.S., an 18-year-old from Srirangapatna near Mysore, dropped out of Class 12 in 2017 to work on a science project that won him multiple awards. His pathbreaking idea? A low-cost paper tool that checks for protein-energy malnutrition (PEM) using just saliva.

Inspired by Stanford professor Manu Prakash’s innovations using inexpensive tools such as paper, he and a friend sought to make a dent in malnutrition. The idea of using saliva to pre-diagnose PEM arose when Suhail recalled his biology lesson on the ­digestive system. “I had learnt how saliva acts on carbohydrates. My final lab experiment was on the detection of carbohydrates using iodine, which turns starch blue-black. “There was one common ingredient in both: carbohydrates. I was curious to know what would happen if I put these together.” So he bought iodine from a local shop, added it to glucose powder and convinced his family to spit on it. “The crazy thing happened when I started adding saliva. It led to a reverse colour change—from black to white. All my three samples had different colours.”

Suhail approached researchers to help design a test and obtained a bio-ethical clearance for further study. The idea was to collect saliva and blood samples to find out if there was any correlation with the colour change—the question being, would protein levels in the blood show up in saliva. For the latter, he used a machine learning algorithm to establish a basic pattern. “What we figured is that the colour change is in proportion to the amount of salivary protein you have. High salivary protein turns the colour white rapidly. If it’s low, there’s no colour change. The paper device, dosed with amylose-iodine complex, will cost only Rs 2,” he explains.

It needs more work, Suhail points out. The thing stopping him from developing a possible full-fledged product is having to clear the Class 12 exams he had dropped out of. But he reckons he’ll eventually bring his PEM project to fruition—­either using paper or any other material.

By Ajay Sukumaran in Srirangapatna