‘No Underreporting, All The Missing Links Will Be Answered’

ICMR dir­ector general Prof Balram Bhargava dismisses the allegation of under-reporting on coronavirus testing and says all the missing links would be soon explained. 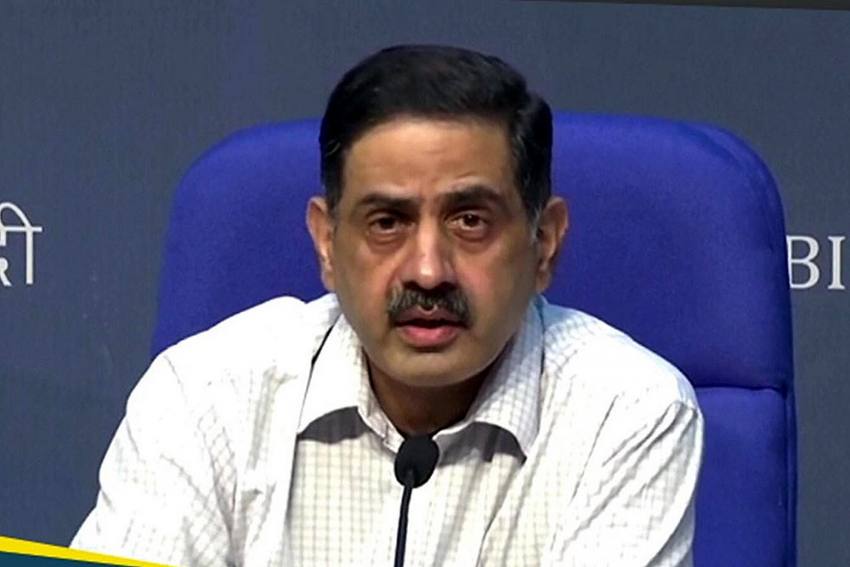 Jeevan Prakash Sharma June 12, 2020 00:00 IST ‘No Underreporting, All The Missing Links Will Be Answered’ 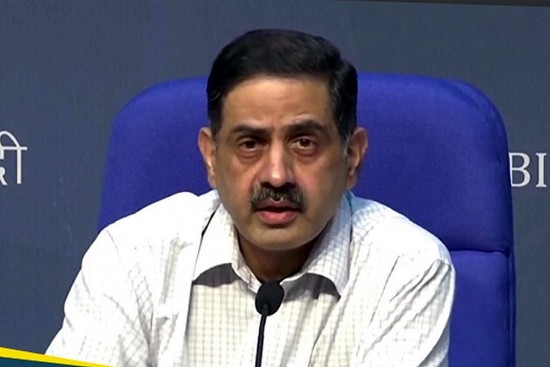 The Indian Council of Medical Research (ICMR) has been at the centre of pandemic control in India. Under the aegis of the COVID-19 National Task Force, it has set the overarching policy on testing and treatment strategies, yet its role has faced flak for lack of data tra­nsparency, among other iss­ues. Here, ICMR dir­ector general Prof Balram Bhargava dismisses the allegation of under-reporting and says all the missing links would be soon explained. Excerpts from an e-mail interview with Jeevan Prakash Sharma.

Do you still deny that community transmission has started in cities like Delhi, Mumbai, Ahmedabad etc?

A majority of cases are being reported from a limited number of cities. And within the cities, there are specific pockets. Hence, it would be better to use the phrase high containment zones. Many of the states and cities do not have that much infection: hence, it cannot be generalised. Prevention in containment zones and in clusters will be decisive in stopping future spread. Local governments and individual citizens need to play a responsible role here.

Also Read | What is ICMR? The History And Geography of Disease Control

Health experts feel the monsoon will aggravate the situation—there’s speculation on reaching the peak around July-August…. When can we see a flattening of the curve?

The reproduction number of the virus determines its transmission, hence the spike. There is no concrete evidence that the virus multiplies higher in the monsoon season…how the rainy season will affect the transmission needs to be seen. Since this is a novel virus, it is difficult to predict its future course of spread. 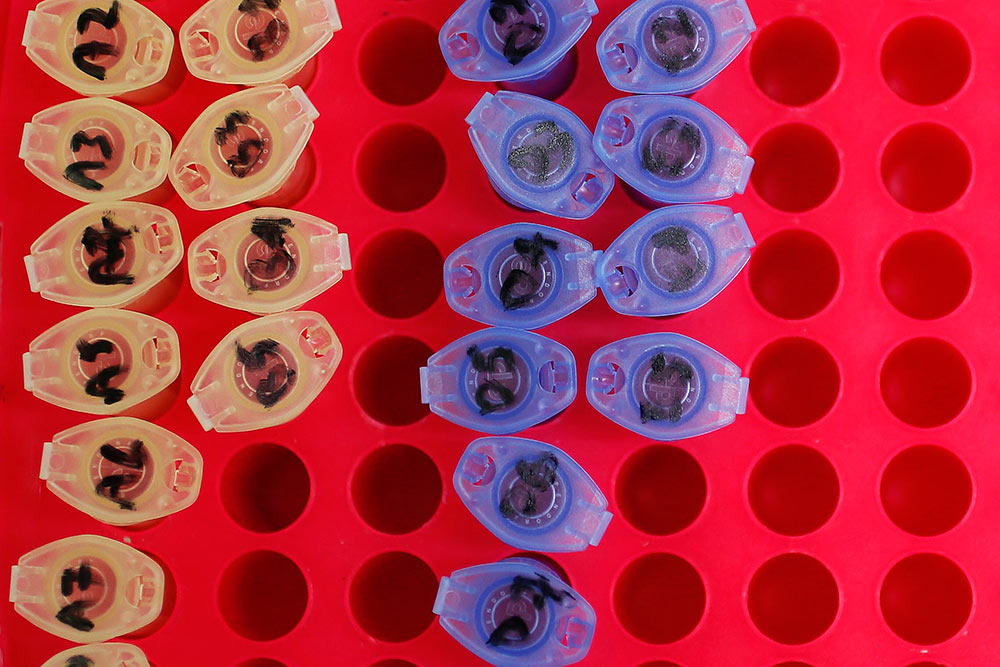 Are there different strains of the virus in India?

To understand the progression of the virus in India, we require a phylogeographic analysis with samples from each state. Current sequencing data gives us over 220 (isolates) from India; the maj­ority belong to the A2a genotype. The GISAID’s huge database has not revealed much beyond the mutation recorded in different countries; their role still needs research.

Also Read | Can Asymptomatics Infect? Are They The Silent Carriers?

Is Covid-19 behaving differently in India?

The virus’s behaviour is dependent on its host and can have a varied effect based on the host immune status. Experiments need to be performed in order to assess whether the strain circulating in India is milder or virulent. The SARS-CoV-2 virus being an RNA virus has a comparatively higher mutation rate.

Any tests on India-specific strains? On their infectivity, lethality, ability to survive on various surfaces?

As the different strains for the SARS-CoV-2 are conserved (they have a similarity of ~99.7%), the same tests are being used to identify the virus. Experiments need to be performed in order to ass­ess infectivity, lethality. Some studies are there on its ability to survive on different surfaces*.

We have crossed one lakh tests per day. If we compare to any other country, we are doing better from the beginning, ratio wise. Rather than doubting, we must appreciate the holistic efforts made by every sector of the country to enhance diagnostic capacity and pool testing, especially ICMR and VRDLs. 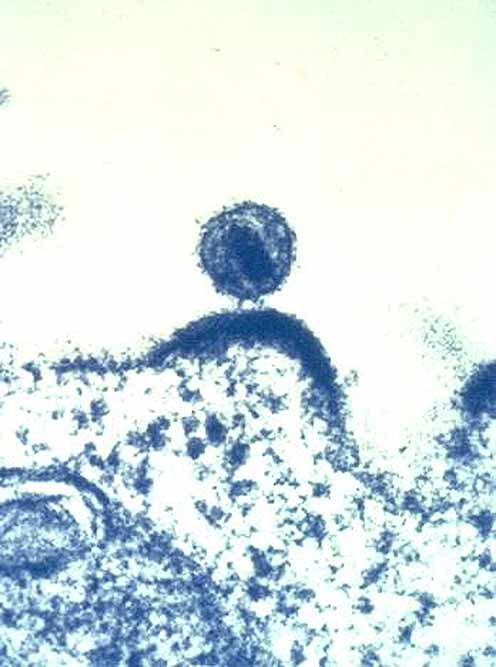 Do we know why some districts are badly affected, others aren’t? What explains, for instance, why Dharavi in Mumbai, where social distancing is not possible, initially witnessed low transmission…

Some districts are badly aff­ected—Mumbai, Navi Mumbai, Thane, Pune, Ahmedabad etc—because of high movement, being cities. And it’s not true that Dharavi showed lower transmission. It has seen a surge; strict containment has reduced the incidence.

Also Read | Plasma Therapy -- Is It The Difference Between Life And Death?

There is no study or research which has proven that Indians are more immune compared to Western countries. There is also no conclusive data—either epidemiological, age-specific, gender-specific, vis-à-vissocio-environmental conditions, or serological evidence—to prove this hypothesis.

Is there any correlation between BCG vaccination and immunity?

BCG’s positive correlation in protecting against Covid-19 is still not proven by any clinical trials.

It’s not correct to say Kerala has shown a faster recovery rate than states like Maharashtra and Gujarat. There could be possibly many confounding reasons. The Nipah outbreak awakened the populace, so social acceptance of emergency moves being implemented helped.

Also Read | What Is The Treatment?

There’s sharp criticism about data being withheld or not even being generated? Won’t a more holistic and open approach to comparable data help everyone?

Initially, the priority during any outbreak is containment. So, more focus was but naturally given to that, to increasing the robustness of diagnosis, and increasing testing capacity. Secondly, it was important to become self-sufficient by developing indigenous testing and diagnostic kits for different kinds of research related to Covid-19. In comparison to other countries, children have been less infected; all credit goes to the lockdown and continuous monitoring and testing. Now, as a task force, we are undertaking many projects and following lines of research…all the missing links will be soon ans­wered. And data regarding different variables and its correlation with Covid-19 will be explained.

Most of our decisions seem based on western research. What have been ICMR’s major research achievements?

Major research studies carried out by ICMR recently inc­lude the isolation of the virus, with India becoming the fifth country to do so. We also did the whole genome sequencing, which helped in the development of ELISA for antibody tests—and bec­ame the first step towards an indigenous vaccine, being developed in partnership with Bharat Biotech. ICMR is also participating in the WHO Solidarity Trial which will look at the beneficial effects of Hydroxychloroquine, the Lopinavir-Ritonavir combination therapy, Interferon beta-1a and Remdesivir. The study also seeks to understand the benefits of HCQ as prophylaxis in healthcare workers. ICMR has also initiated plasma therapy trials and published a special Covid supplement to its scientific journal—the Indian Journal of Medical Research (IJMR)—which includes 24 editorials, perspectives, policy pieces, protocols, short commentaries, review articles and original research papers from ICMR and non-ICMR researchers.

Also Read | Does India Have A Milder Epidemic? Not Really

How close are we to an indigenous vaccine?

ICMR has transferred the virus strain to its partner, Bharat Biotech International Ltd (BBIL), for developing the indigenous vaccine. It has also initiated work with the Serum Institute of India (SII) and Oxford University to fast-track phase I/II clinical trials of the live attenuated recombinant vaccine for Covid-19 developed by the Oxford Group. We have also partnered with DBT/ICGEB for development of monoclonal antibodies for the treatment of Covid-19 patients. We have evaluated over 30 drug candidates/repurposed drugs for identifying promising treatment options.

Opening up has led to a surge. What’s your strategy?

The first and foremost priority should be to contain the infection through social distancing, following adequate advisories like using a mask, washing hands properly and avoiding crowded places. Besides, the elderly and the comorbid population must be taken care of, as they are at higher risk.

What is ICMR? The History And Geography of Disease Control