The lockdown has changed life everywhere. But in Kashmir, stay-at-home is the continuum of a familiar clampdown. 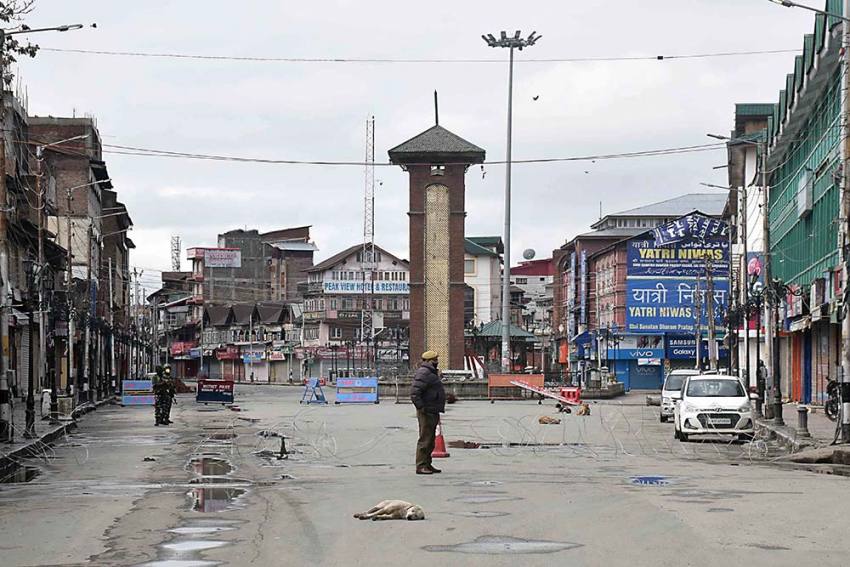 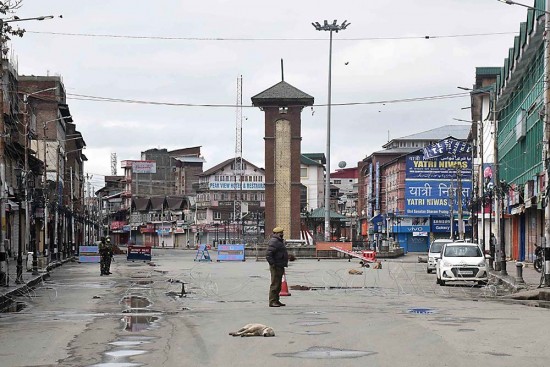 As PM Narendra Modi ann­ounced a 21-day stay-at-home order for the country to tackle COVID-19, security forces in Jammu and Kashmir scrambled to enforce the lockdown. In this, the police and security forces in the region had an advantage over other places as they did not have to be moved to different locations. Since August 5, 2019, the forces have been on the ground across the Kashmir Valley and there has been no pause in the security drill. For example, at the Panthchowk-Parimpora bypass road, the Central Reserve Police Force (CRPF) personnel have been manning security arrangements every day since last August. This means nothing had to be changed for the COVID-19 lockdown.

Like all highways in Jammu and Kashmir, here too the army’s road-opening party checks the road and oversees convoy movement. The only addition is that the police are back at the checkpoints set up last year across Kashmir to ensure compliance with the lockdown. So far, more than two dozen people have tested positive for COVID-19 and most of them have a recent history of travelling outside the region. Health officials say strict implementation of the current lockdown can save Kashmir from catastrophe as hundreds of people have come here from affected countries. Most of them had gone on pilgrimages to Iran and Saudi Arabia. A large number of students have also ret­urned from China, Bangladesh and Europe. Police in the Valley have charged a number of persons, including an imam of a mosque for violating the restriction orders. Mosques have been asked to remain shut.

“We are the first line in this war against coronavirus,” says a senior officer based in south Kashmir. “We meet people and talk to them. In fact, people call us to inform about those who have returned from abroad and should be quarantined. We track people and hand them over to the health authorities. We have no masks, gloves or personnel protection gear.”

The police are also accused of beating people or using abusive language while issuing warnings on loudspeakers. “There are strict directions to motivate people not to violate the restrictions, instead of using the baton on them. But people don’t listen,” says the officer. “Motivating them at the checkpoints is like trying to cure COVID-19 with prayers and not medication.” 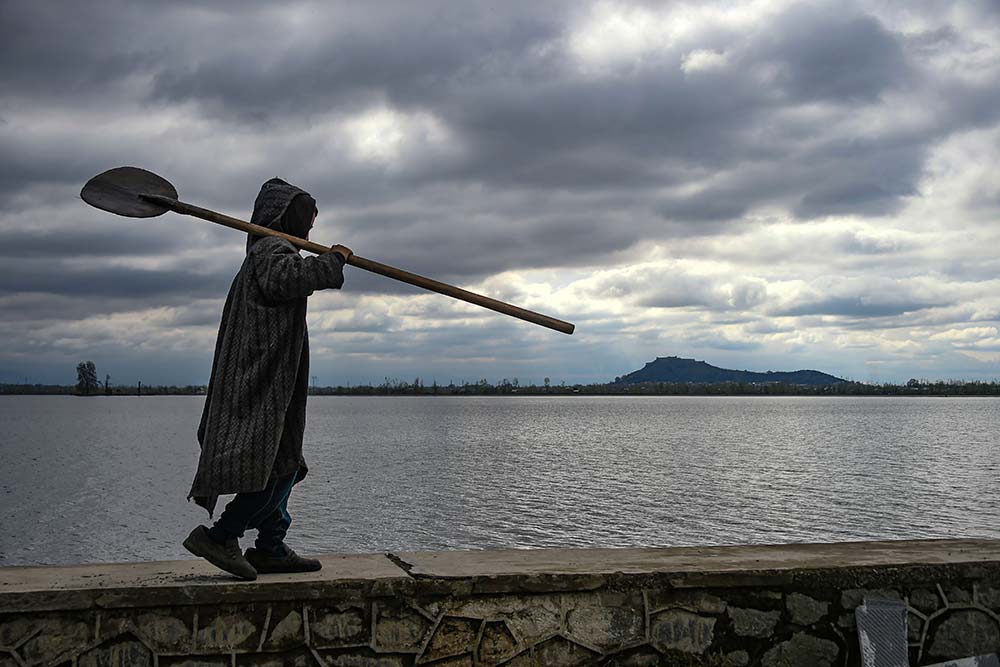 Alone along the Dal Lake, under the shadow of a virus that has no cure.

As bankers, health workers, vegetable vendors and others providing essential services are allowed to be out in this lockdown, the police say it is difficult to impose curfew-like restrictions to stop the movement of people. “It is difficult to engage people and motivate them to stay at home. As soon as the police go soft, people engage in unnecessary movement and shopkeepers initiate business activity,” says a senior officer based in Srinagar.

“In earlier lockdowns and curfews, we learnt with experience to look out for warning signs that can mostly be identified,” says another senior officer. “We knew everything. We had intelligence inputs and knew how to control things. We knew the movement of people who were approaching. Now there is this unheard-of thing with none of the identifiers we are used to. We don’t know whether a person we are trying to convince to move off the road is symptomatic or asymptomatic. This is a tough situation.”

Acknowledging that the police don’t have masks as these are more important for health workers, the officer cites reports that doctors are refusing to treat patients in the absence of personnel protection gear. “A policeman on the ground also has a high stress level. They feel insecure on seeing people trying to roam around or come close and argue. You must understand his position,” the officer adds.

The police also fear that as security forces are busy trying to flatten the COVID-19 curve, militants might step up their activities. On March 28, suspected militants shot dead a civilian at his home in Kulgam district of south Kashmir. “His killing went completely unnoticed. Such cases increase the stress level of a policeman on the ground,” says an officer.

Locals say the forces are using anti-militancy tactics to contain a contagion.

Earlier, Kashmir’s Grand Mufti Nasirul Islam asked the security forces to “go back to the barracks” for preventing the spread of coronavirus in the Valley. “It is high time for the seven lakh security personnel to go back to their barracks for the biggest cause of humanity,” he says. “It has been seen that security forces personnel are involved in travel from their respective places to Srinagar in large numbers every day. This travel can be the biggest carrier of coronavirus and should be avoided forthwith.”

The army allays such fears, saying it has reduced convoy movement and implemented strict guidelines. “We have extended the leaves of personnel who were already on leave, and cancelled the leaves of those who are here. We strictly adhere to the quarantine rules of the World Health Organization,” says an army official.

The Jammu and Kashmir Police have issued a 19-point list of instructions. Police personnel have also been asked to come to work only on alternate weeks. Officers have been asked to instal thermal scanners at entrances to their offices, wherever feasible, while placing hand sanitisers has been made mandatory. Also, the officers must discourage the entry of visitors for routine issues. They have been asked to hold meetings through video conferencing, avoid unnecessary official travel, ensure availability of hand sanitisers, soaps and running water in all police institutions and distribute protective gear among policemen, esp­ecially those who are engaged directly in COVID-19 duty. Police personnel who have travelled abroad and ret­urned by or after February 15 have to be kept in compulsory quarantine for 14 days.

Many believe the approach of the police and security forces to the pandemic is akin to counter-insurgency methods, not realising that handling a highly contagious disease is different from dealing with protests. They argue that the police should change its tactics and take civil officials along while maintaining law and order. According to eyewitnesses, the police set on fire a fruit cart in Hawal area of Srinagar’s old city on Friday and warned grocery shops against opening and selling goods. “The police shouldn’t be vilified for one cop’s action,” says senior officer Feroz Yehya, adding that the police have an internal mechanism to deal with cases of indiscipline and that cognisance should be taken of such cases. Another senior officer tweeted, “Don’t come on roads and fight with security forces on duty.”