Amaravati was ex-Andhra CM Chandrababu Naidu's ambitious project. Rs 45,000 crore has already been spent on building the mega city but Jagan Reddy has put a spanner in the works 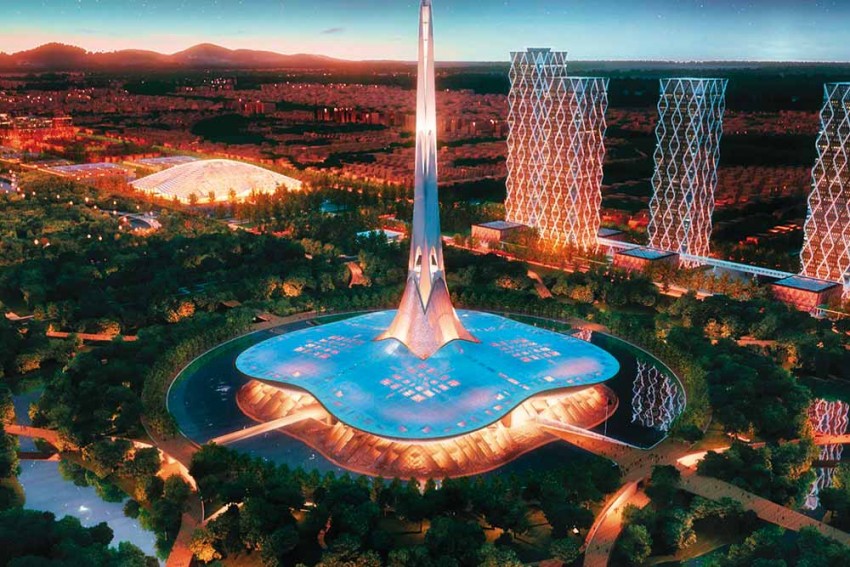 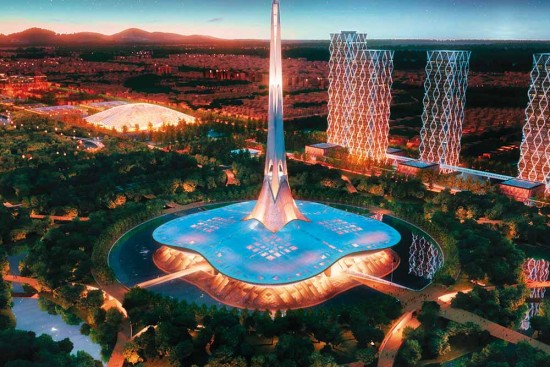 There is a story in the Mahabharata about the Kauravas’ visit to the grand Maya Sabha the Pandavas had built in Indraprastha. Duryodhana is repeatedly flummoxed by the palace’s optical illusions—he trips into a pool assuming it’s a floor and walks into a wall as it resembles an archway. The Pandava princes mock him and he is left humiliated, albeit jealous of the magnificence of the palace and its visual splendours.

Amaravati, Andhra Pradesh’s upcoming capital, is yet to acquire the splendour of the Pandava palace and largely ­remains a mirage on the horizon. It is still in the initial stages of construction—while a few projects are in progress, many have not even begun. But “the city of the future” has already ­become a sticking point for Andhra’s new chief minister Jagan­mohan Reddy. In fact, Amaravati could soon become a grand illusion if Jagan has his way and scraps or downgrades the dream project of his predecessor, Chandrababu Naidu.

Naidu, who has dreamt big and planned bigger, had envisaged Ama­ravati as the newest metropolis of India, spread over 217 square kilometres. If Reddy  chooses to constrain it, the outcome could be just a conglomeration of high-rise towers housing government offices—nowhere near his predecessor’s grandiose plans. Two days before the laying of the foundation stone of Amaravati in October 2015, Naidu had declared: “People should ­remember me for what I have done. That is the inner energy which is driving me every second.” If only the electorate had also ­remembered to re-elect him for a second term, Naidu could have been confident about flaunting Amaravati down the years.

Instead, the 69-year-old leader, smar­ting from the defeat in the recent assembly and Lok Sabha elections, has had to defend his own home from bulldozers after the present government deemed it an illegal construction. The plush four-bedroom bungalow, nestled amongst banana plantations on the banks of the Krishna in Undavalli village, had been Naidu’s home for the past four years. Kitted out with a swimming pool and helipad, it belongs to his realtor friend, Lingameni Ramesh. 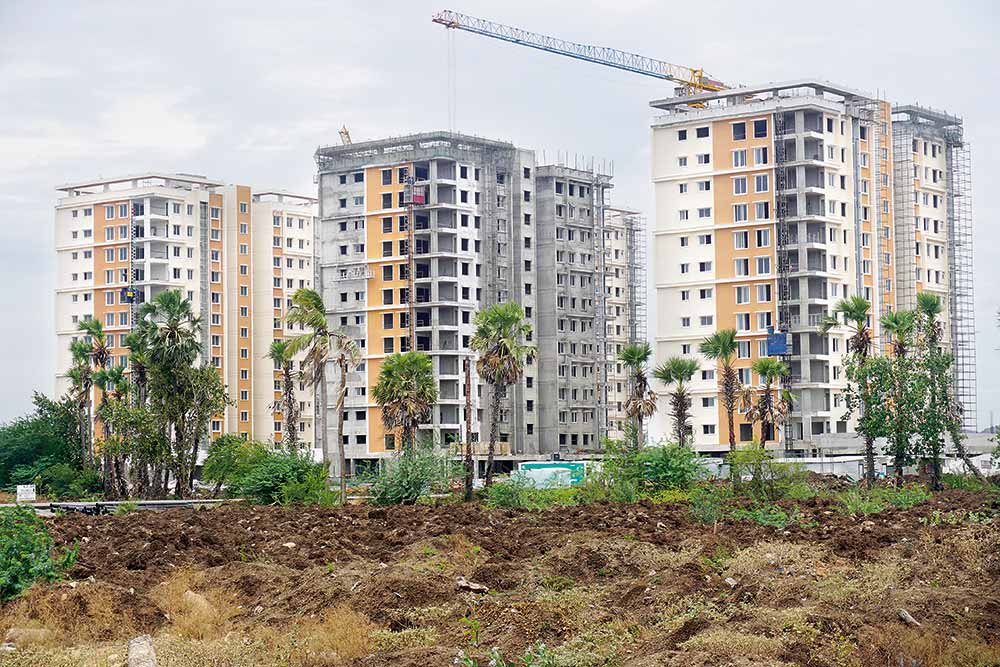 Residences under construction in Amaravati.

Officials notified its illegality three days after they demolished Praja Vedika, an auditorium the previous government built on the plot adjacent to his bungalow. Ironically, just two days ­before the demolition, Jagan held a district collectors’ conference at the auditorium for want of a better place, though he did ­remind the officials that they were meeting inside an illegal construction. Forty-eight hours later, he sent in bulldozers to raze the edifice.

Luckily for Naidu, Jagan has so far not sent bulldozers marching into the capital to bring down the concrete structures in various stages of completion. But the psychological ­destruction has already begun. He has announced the suspension of all construction and engineering work till the new government reviews them. In the aftermath of that decision, most of the work in Amaravati has either ground to a halt or is happening in deliberate slow motion.

Luckily for Naidu, Jagan Reddy has not yet sent bulldozers to raze the structures under construction at the unfinished capital.

“Work on buildings that are 25 per cent complete has been stopped. Only those structures which are past the 75-per-cent completion mark have been ­allowed to proceed,” admits a supervisor of a leading construction company. “But contractors themselves slowed the pace of work after the change of government. Many chose not to replenish their stocks until pending bills were cleared. A few have sent the casual ­labourers they ­employed back to their homes in Bihar, Jharkhand and Odisha.”

Clouds of uncertainty hover over Naidu’s dream venture. Amaravati could become a ghost town unless Jagan opts to put his muscle ­behind the project ­despite it being his political rival’s brainchild. The megacity has already swallowed nearly Rs 45,000 crore of its projected overall cost of Rs 1.09 lakh crore. With so much public money ­already invested in Amaravati and the state needing a new capital, Jagan has reasons to see through its completion.

The signs, however, point in the other direction. The demolition of Praja Vedika and the decision to review Naidu’s power purchase agreements with solar energy firms are clear pointers that the chief minister is on a confrontational path and Amaravati could end up as a collateral victim of the political battle.

The official line is that Jagan has not yet red-flagged Amaravati. “We made a three-hour presentation on the project to him last week. He raised a few questions and asked us to come back with more details in July. We are also waiting for the first tranche of $500 million of the total $1-billion loan from the World Bank. So it is too premature to jump to any conclusions.” This was the cautious statement of P. Lakshmi Narasimham, commissioner of Andhra Pradesh Capital Region Development Authority (APCRDA), to Outlook. 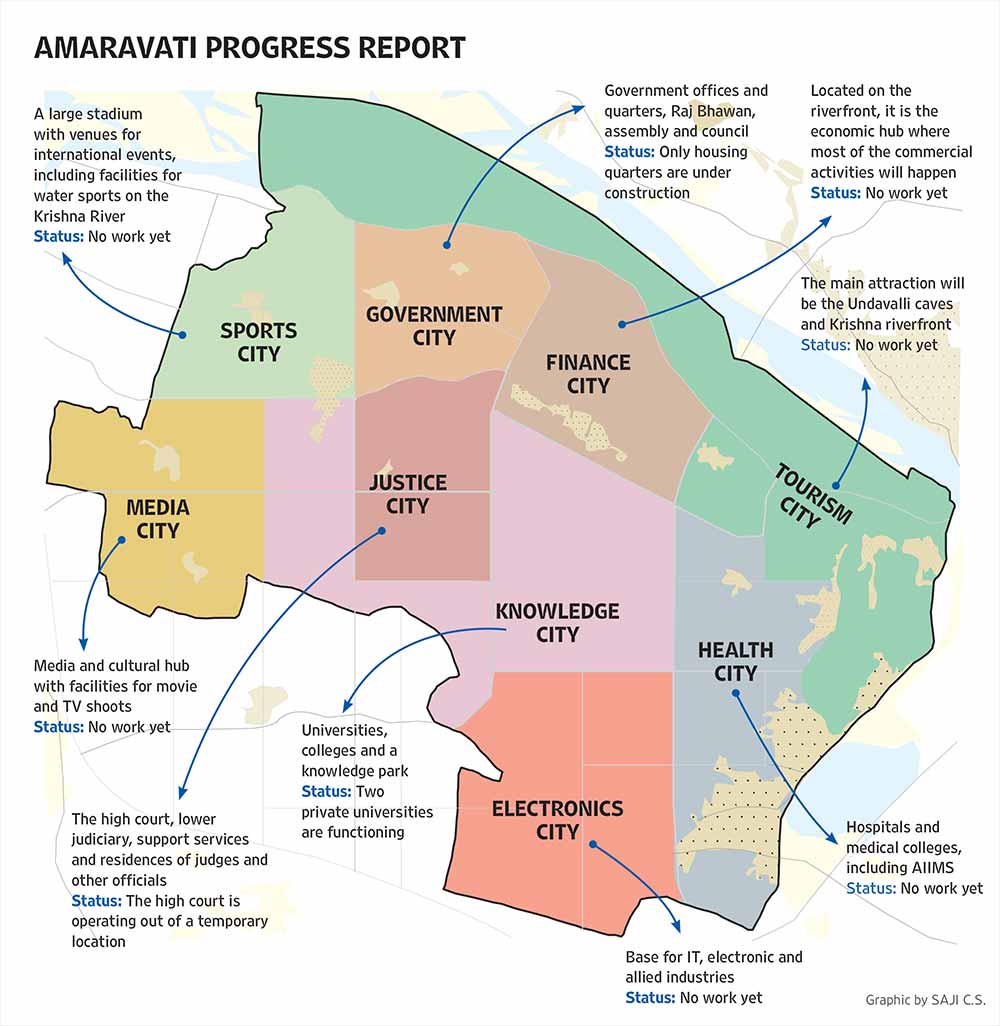 But the state’s finance minister, Bug­ganna Rajendranath Reddy, who heads a sub-committee probing the previous government’s policies and projects, hinted that Amaravati, as ­envisaged by Chandrababu Naidu, could stutter to a halt. “The land pooling scheme (LPS), under which land was acquired, and land allocation to various organisations are being scrutinised. There is suspicion that people with insider knowledge about the location of the capital city purchased land in the region and profited by selling it to the government under LPS,” he says.

“The Singapore government, which had originally come up with the master plan of urban infrastructure, is now distancing itself from the project after reports of mismanagement and corruption. Even Norman Foster, the Lon­don-based architect chosen to design key buildings in the city, has complained about the interference of a Vastu specialist who is being paid Rs 3.5 lakh a month from APCRDA funds,” alleges another senior minister.

If Amaravati does not materialise the way Naidu wanted it, Jagan has to come up with alternatives so that there are functional offices to keep the administrative ­machinery running. At present, the government works out of the Inte­rim Government Complex (IGC) at ­Vela­gapudi that was built by Naidu in less than a year using the Rs 1,500 crore the Modi government had released for the capital. The IGC consists of six buildings with 6 lakh sq ft of office space. It houses the CMO, legislative assembly and council, and secretariat. Built as a transit set-up before the government shifts to the new capital, the IGC, part of the Amaravati capital region, has already emerged as the Andhra government’s hub. Keen to save money to fund his populist schemes, Jagan could permanently pitch his ­administrative camp here since it is up and running. 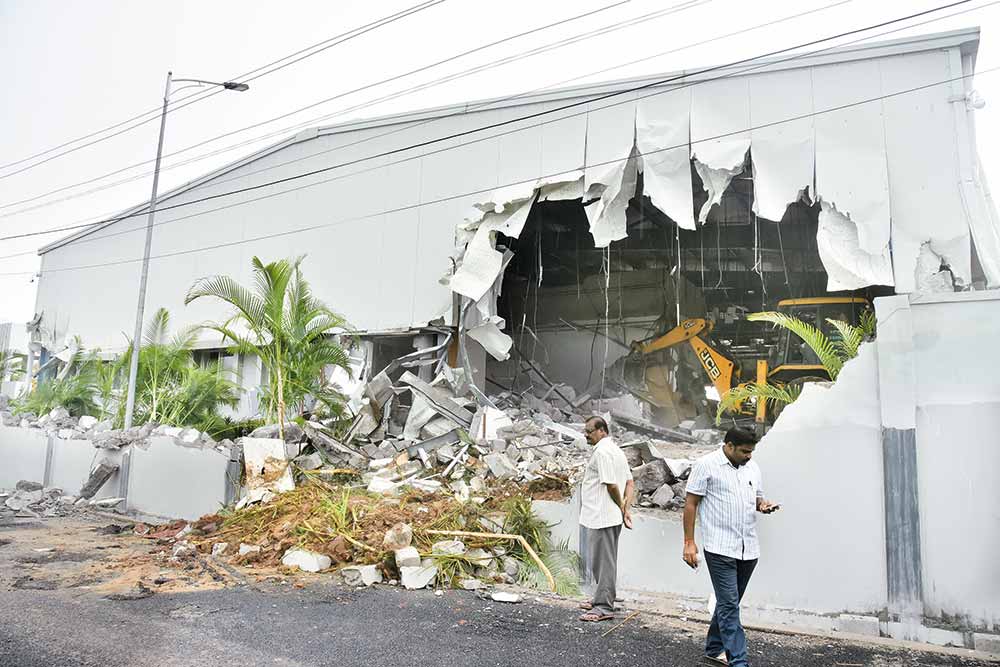 The only functional facility at Ama­ravati is a massive high court, which is said to be temporary as the judges are supposed to move to the Justice City later. Only the residences of government officials are under construction. “If the housing quarters do get completed, you would need support facilities like schools, hospitals and markets. There will be hundreds of unhappy government staff if they have to live in these units without an ecosystem of amenities,” ­says a senior bureaucrat.

It could also lead to discontent amongst the thousands of farmers who had handed over their agricultural lands for the project and were promised developed commercial and residential plots in return. Instead of choosing the land acquisition route, the Naidu government tempted the farmers of 25 revenue villages between Guntur and Vijayawada with the LPS. Wooed as potential partners in Amaravati, they willingly handed over their fields to the APCRDA. The government promised 200 square yards of commercial plots and 1,000 square yards of residential plots within ten years. To sell the idea, the Naidu government even took 123 farmers to Singapore to show the urban facilities that would be available to them.

The only functional ­facility in Amaravati is a High Court, which is said to be temporary as it might eventually move to the Justice City.

As they wait for their promised plots, the 26,829 farmers are being compensated with an annuity of Rs 50,000 per year for every acre of cultivable land and Rs 30,000 for fallow land. “Till the Naidu government was in power, the annuity amount reached our bank ­account. But of late, there has been a delay, which has made us doubt if we will get anything in return for the lands we had surrendered,” complains Gopi­nath of Yerrabalem village.

The Jagan government cannot even consider returning the unused land to the farmers for two reasons—the fertile lands have been rendered fallow by three years of non-cultivation and construction and secondly, they have roads cutting through them. “It is a complicated situation for Jagan because the farmers will not accept the land in the present condition. Many of them have shifted to non-agricultural activities. He will have a farmers’ revolt on his hand if he attempts to shelve the Amaravati project and asks them to take back their lands,” points out former TDP MLA T. Sravan Kumar.

Stalling the project could also send the wrong signal to potential investors, who have signed MoUs worth Rs 1.54 lakh crore with the APCRDA to start commercial activities after being lured by Naidu’s promise of making Amaravati a global economic hub. “Since Naidu had shown how Hyderabad could be transformed in his earlier stints as CM, his two partnership summits seeking ­investments into Amaravati evoked an excellent response. If the overnment goes back on that promise, it could hurt future ­investments in Andhra,” cautions C. Sudhakar of the Confederation of Real Estate Developers’ Association of India.

But the raging political rivalry could offset all other considerations. Reddy seems unwilling to forgive Naidu for ­implicating him in corruption cases, poaching his MLAs and MPs over the past five years and collaborating with the Congress. His actions suggest that he is hell-bent on teaching the former CM a lesson—he has downgraded the latter’s security cover and is busy issuing notices to the party offices of TDP across the state for building violations. The bitter stand-off between the two leaders could spark another Mahabharata in Andhra Pra­desh. And Amaravati would be the ­unwitting Kurukshetra.

By G.C. Shekhar in Amaravati