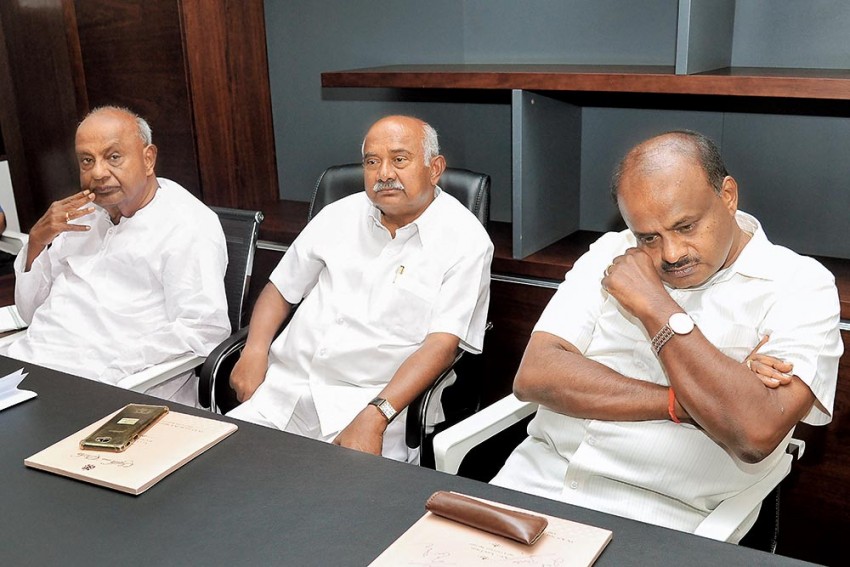 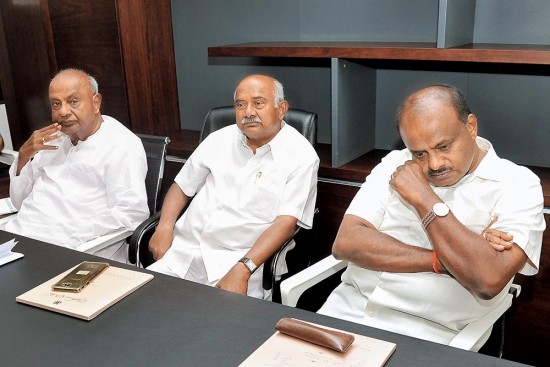 All through the past year, Karnataka’s Janata Dal (Secular)-Congress coalition has been grappl­ing with the discontent of leg­islators who were not happy at being left out of government. Now, after a stunning Lok Sabha verdict—the coalition managed only two seats, while the BJP won 25 of the state’s 28 parliamentary constituencies—the tri­­cky task of keeping the flock toget­her has only got more pressing.

The immediate move, going by the ind­ications, to placate the malcontents will fill up vacancies in the council of ministers and bring in fresh faces. Both CM H.D. Kumaraswamy and his deputy G. Parameshwara have been sounding out some of the vocal MLAs, mostly Congressmen. For the coalition government, the Lok Sabha results have clearly brought matters to a head—its survival depends on the two parties pulling tog­ether which, given the constant sniping so far, is a trapeze act in itself.

“This mandate has been given for the national election and not the state,” deputy CM Parameshwara told reporters a day after the results when state ministers met informally to take stock of the situation. “So, our coalition will continue under the leadership of H.D. Kum­ara­swamy and all our MLAs are with us,” he said, accusing the opposition BJP of trying to destabilise the government. 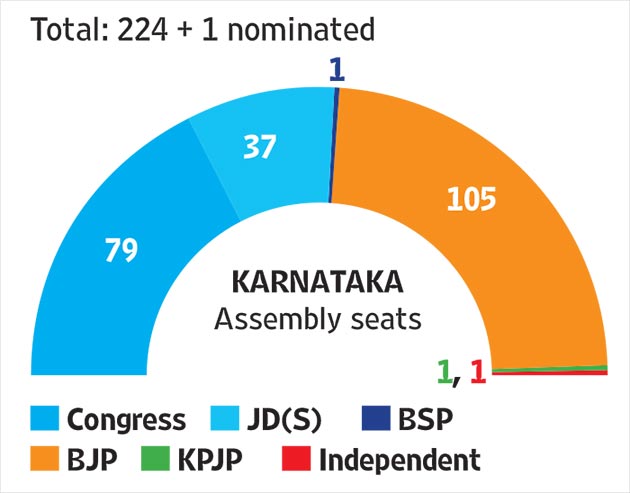 The BJP, meanwhile, is keeping every­one guessing. In Karnataka’s 225-member legislative assembly, the JD(S)-Congress coalition currently has 117 MLAs, including a BSP legislator who is supporting the government. The BJP last week gained a seat in the Chincholi bypoll, which takes its tally to 105, so it is short of a majority by eight seats. There are two other legislators in the assembly—an independent and another from the regional outfit Karnataka Prajyavantha Janata Party. Over the past year, the BJP has made attempts to woo rebels in the ruling coalition, but without much success. Even last week, the BJP’s state president B.S. Yeddyurappa predicted that the Kumaraswamy government would fall, which drew a rebuttal from Congress leader Siddaramaiah. The BJP, Siddaramaiah said, is claiming it will form the government despite not having the numbers. “This is not a new drama, but this is continuously misleading the public,” Siddaramaiah tweeted.

The BJP maintains it’s on a wait-and-watch mode. “Our stand, at present is, we are not in a hurry to topple the government and come to power here,” says a BJP functionary. Currently on a high with its best-ever performance in a Lok Sabha election in Karnataka, its leaders have been hinting that they would rather face an assembly election than woo Congress rebels to defect. But, even then, there’s been enough grist for the mills with two Congress legislators—Ramesh Jarkiholi and K. Sudhakar—calling on BJP leader S.M. Krishna earlier this week.

“The Lok Sabha results have boosted the morale of the BJP,” says political commentator Harish Ramaswamy. “Both the JD(S) and the Congress are facing crucial questions.” When the two parties came together to form the government in May 2018, the big milestone everybody pointed to was the parliamentary election—again, the survival of the coalition government, most leaders pointed out all these months, hinged on the Lok Sabha result.

But with their calculations going awry, the combine has little choice but to stick together, says Ramaswamy. Yet, challenges remain. Following the results, many leaders admitted that the Lok Sabha seat-sharing alliance didn’t work for either parties—among the biggest upsets were in Tumkur, where JD(S) sup­remo H.D. Deve Gowda narrowly lost, and in Mandya, where Kumaraswamy’s son Nikhil was a candidate. The BJP, meanwhile, has made inroads into parts of southern Karnataka, a region where the Congress and JD(S) have traditionally been strong.

Before the verdict, the squabbling ­between Congress and JD(S) leaders had spilt out into the open. The Lok Sabha results have now muddied the waters further. The Karnataka conundrum continues.