Misplaced Priorities Or Simply Towing The Line? Why Top Supreme Court Judges Have Been Caught Napping

With senior Supreme Court judge Arun Mishra openly praising the Prime Minister and former CJI Ranjan Gogoi 'gifted' with a ticket to the Rajya Sabha, the civil liberties of the dissenters and opponents seem to be compromised 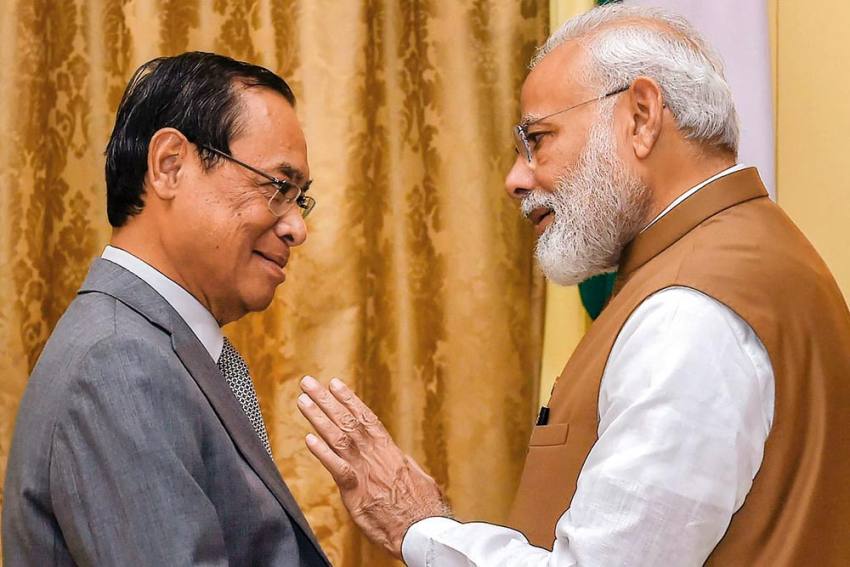 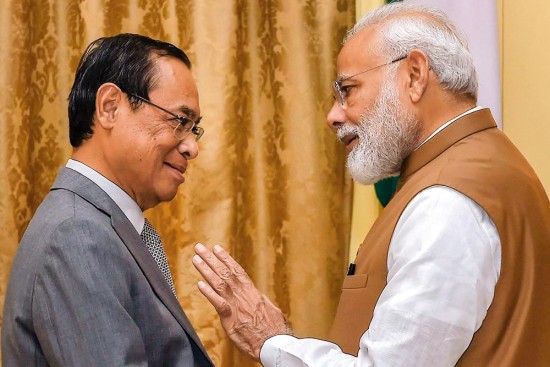 When it comes to upholding civil liberties and constitutionally guaranteed rights, a conducive environment—or the lack of it—must not be grounds for courts to determine if a case pertaining to these bedrocks of democracy can be heard or deferred. Yet, in recent times, several legal luminaries have red-flagged how curtailment of civil liberties by the executive is being increasingly normalised by the judiciary—particularly the top court.

Over the past few years alone, irrespective of who sat on the high throne of the Chief Justice, the lamentation that judiciary was acting as an extension of the executive has been far too frequent. Peti­tions seeking urgent hearing of mob lyn­ching cases or challenging the lockdown across Jammu and Kashmir were dee­med not urgent enough by former CJI Ranjan Gogoi, whose recent nomination to the Rajya Sabha by President Kovind under the ‘distingui­shed citizens’ quota has triggered a deafening opprobrium. Gogoi’s successor, S.A. Bobde, some say, has continued the trend with cases challenging the controversial CAA, atrocities on students in Jamia Millia Islamia and Jawaharlal Neh­ru University or alleged executive inaction during the communal riots in Delhi.

The very meaning of a habeas corpus writ—produce the body—seemed to have also undergone a metamorphosis in cases of Kashmiri leaders like Farooq and Omar Abdullah, Mehbooba Mufti or M.Y. Tarigami. Despite pleas before the apex court for the release of the Abdullahs or Mufti from their seven-month house arrest, the apex court, first under Gogoi and now with Bobde as CJI, remained unmoved. Farooq walked out recently, not because the SC ordered so but because the government finally allowed him. His son, Omar, continues to be in detention, as is Mufti.

In Tarigami’s case, the apex court had told CPM veteran Sitaram Yechury, on the latter’s habeas corpus plea, to “visit Tarigami and inform the court about him”. Lawyer and legal commentator Gautam Bhatia terms this a “bizarre perversion of the right to hab­eas corpus” and says “while the court refused to pronounce on the validity of the detentions themselves, it sought to fashion ad hoc compromises in individual cases without discharging its constitutional obligation”. 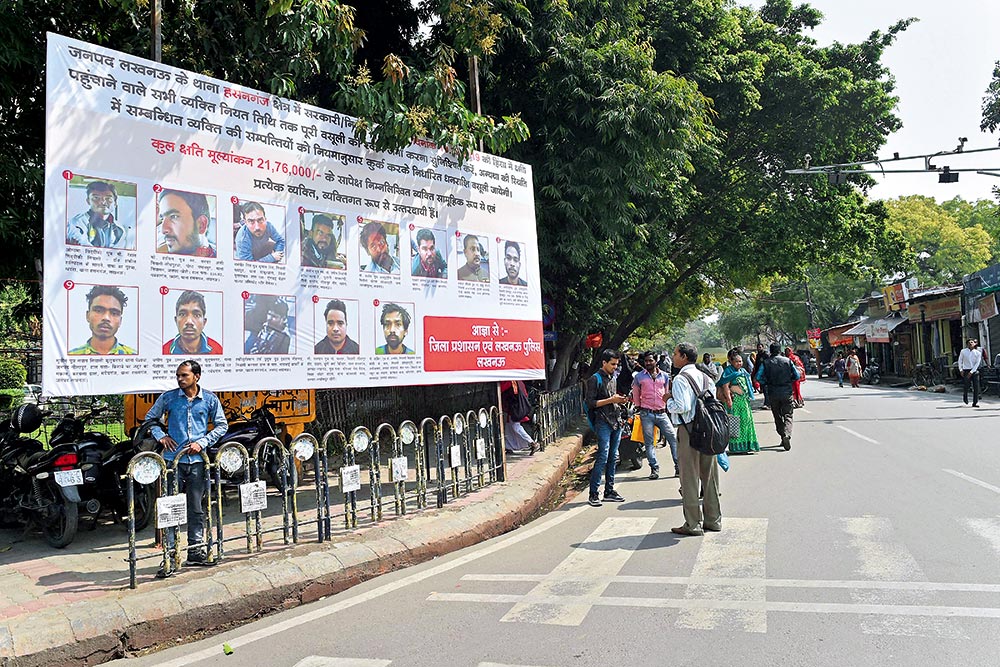 In stark contrast are prompt actions taken by the SC in cases where the government or its sympathisers sought refuge and remedy. A remarkable case in point has been the attempt to book civil rights activist Harsh Mander for hate speech—pursued in the SC by the second seniormost law officer of the country, sol­icitor general Tushar Mehta, on the basis of an allegedly “edited” video clip submitted by Delhi Police. The oral plea against Mander in the SC coincided with petitions by 10 civil society members, inc­l­u­ding Mander, who sought registration of FIRs against BJP leaders Anurag Thakur and Kapil Mishra for alleged hate spee­ches in the run-up to the riots in northeast Delhi. While the court ref­rained from passing any directives against Thakur and Mishra, it issued a notice to Mander.

The Delhi violence, which left over 50 people dead, or the sustained nationwide anti-CAA protests brought out vastly contrasting sides of the judiciary. As the riots raged, Delhi High Court justices, S. Muralidhar and A.J. Bhambhani, dir­ected pol­ice to evacuate victims and take the inj­ured to hospital. Later, a bench headed by justice Muralidhar slammed police for inefficiency. Hours later came orders of his “immediate” transfer to the Punjab and Haryana High Court—under consideration of the Centre for over a fortnight then. A day later, when a Delhi HC bench headed by chief justice D.N. Patel heard the riot-rel­ated cases, the urg­ency evaporated and the court adj­ourned the hearing till April 13. An SC bench headed by CJI Bobde later frowned upon the Delhi HC’s decision and directed for an early instruction.

Dushyant Dave, senior advocate and president of the Supreme Court Bar Association, described the Delhi HC’s decision as an “abdication of constitutional duty” and said the court, “as guardian of the Constitution, was bound to have acted with alacrity… enforcement of law does not wait for conducive timing”. The rationale of the court to not order immediate registration of FIRs was also not lost on former Supreme Court judge Madan B. Lokur. “FIR is the first information report; the very nom­enclature has a sense of urgency. What purpose will it serve to register an FIR four weeks after an alleged criminal act has been committed?” he wonders. He says the sudden transfer of Muralidhar “even if it had been recommended earlier by the collegium, has no plausible explanation…the CJI could have waited, at least for a few days if not more, to not­ify the transfer as there was no apparent urgency to send him away”.

The cases related to the CAA protests present a strange dichotomy too. The Allahabad HC’s strongly-worded direction to the Yogi Adityanath government in Uttar Pradesh to remove, with immediate effect, hoardings it had put up in Lucknow listing anti-CAA protestors with their images and addresses was hailed by many as upholding the rights and dignity of dissenters. Given the massive political polarisation across India over CAA, the state government’s move was one that could incite violence against the protestors—among them Congress workers Sadaf Jafar and former IPS officer S.R. Darapuri. The UP government, however, moved the SC to challenge the high court order. While a vacation bench refused to stay the high court’s order, it felt that the matter should be “decided by a larger bench”. The buffer provided by the SC was promptly used by the Adityanath government to effectively render the high court’s directive infructuous by way of an enabling legislation.

In the midst of this paradoxical theatre of the judicial system, two sta­tements were made—one each from the executive and the judiciary—which portend a worrisome flux. Responding to a debate in Parliament on the Delhi riots, BJP lawmaker Meenakshi Lekhi said she felt that “IB (Intelligence Bureau) reports about some people should be made public (the reference here was perhaps to Justice Muralidhar)…everyone will und­erstand who was transferred and for what reason”. Though it is routine affair for the SC collegium to seek IB’s reports while appointing, promoting or transferring judges, Lekhi’s statement is being seen as an intimidation of the judiciary and possible ind­ex-linking of transfers to how the government views certain judges.

The other statement of consequence was by justice Arun Mishra, the third seniormost SC judge. Mishra publicly hailed Prime Minister Narendra Modi as an “internationally acclaimed visionary” and a “versatile genius”. Such high praise for Modi by a sitting apex court judge is unusual, to say the least, particularly since the Centre and the Prime Minister’s Office—or even Modi, the ind­ividual—can be, and have been, a petitioner or defendant before the courts.

While former Delhi HC chief justice A.P Shah described Mishra’s comments as “astonishing and atrocious”, lawyer Prashant Bhushan said, “The Modi government’s record of giving short shrift to the Constitution and civil liberties is a matter of public record…with such statements coming from a SC judge, you still wonder why the Supreme Court is not protecting your rights”.