It's not just in India, women in politics across the world face nightmares on the ground and are easily victimsed on social media. From communal digs to morphed images, women leaders like Sushma Swaraj and NT Rama Rao's wife have not been spared 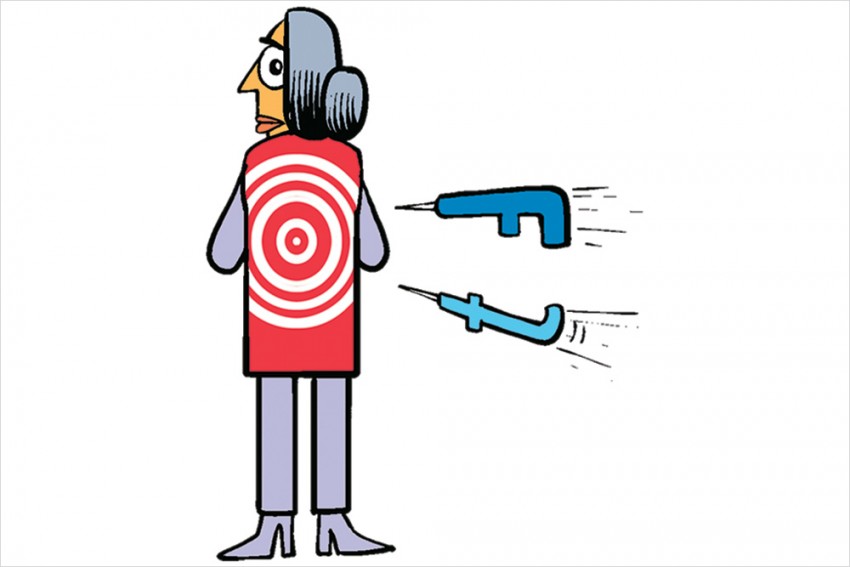 Siddhartha Mishra April 25, 2019 00:00 IST Women In Politics: From UK MPs To Sushma Swaraj, Sexist Trolls Are A Way Of Life 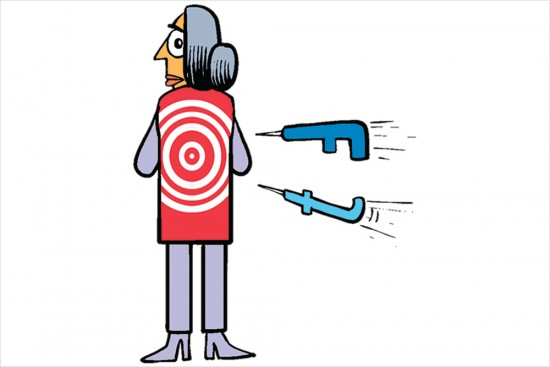 There are no two ways about this. Society’s normalised sexism found a hyper outlet after the smartphone internet boom. Trolling of prominent women on social media, esp­ecially politicians, uncomfortably stares at us as a new normal now.

It is a worldwide phenomenon. In the UK, women MPs across party lines rec­ently banded together to come down hard on such behaviour. In our neck of the woods too, no political hue has been spared if you’re a woman, and we might as well take it from the top.

The extent of how pervious trolling culture has become rev­ealed itself in June 2018 when external affairs mini­ster Sushma Swaraj, an act­ive Twitter user, was called ‘Sushma Begum’ and ‘Visa-Mata’ for helping exp­edite the passport of a Hindu woman married to a Muslim man. Swaraj put up a poll onl­ine asking whe­ther users approved of such tweets: 43 per cent said yes.

Election season is upon us. Fake news and rum­ours have tagged along too. “There’s a picture of mine meeting an old, ailing maulana sahab. They put an arrow from his eyes pointing to my breast,” says Sushmita Dev, MP from Silchar and the president of the All India Mahila Congress. On February 2, Latehar police arrested a man claiming to be a ‘Modi bhakt’ for tweeting a morphed image of Priyanka Gandhi. Morphed pictures of Gandhi with a cross around her neck have circulated on social media. “During my own election, someone posted something very communal against me on Facebook. I went to the EC office and was told that there is no magistrate available since they’re all preparing for elections. We don’t have the legal mechanism to act fast against digital slander. By the time social media platforms int­ervene, the damage is done,” Dev says.

To reiterate, candidates across the board deal with vile notifications on smartphones. Actress-turned-politicians Mimi Chakraborty and Nusrat Jahan have been trolled since their candidatures were announced in Bengal. A fake image of the latter, the TMC candidate from Basirhat, in lingerie started doing the rounds on social media. A man was arrested for the posts on March 16 for this. A month later, YSCRP’s Lakshmi Parvathi, wife of TDP founder N.T. Rama Rao, filed a complaint in Hyd­erabad over def­amatory posts online.

The Keonjhar police in Odisha have arr­ested four men for floating a morphed video of the BJD’s Chandrani Murmu, 26, last week. “Two arrests were made on the night the case was filed and two others were arrested within three days of the matter coming to our notice,” says Keonjhar SP Jai Narayan Pankaj.

All the same, former IRS officer Preeta Harit, contesting on a Congress ticket from Agra, adv­ises women contestants to be tougher. “They should be strong to face it and be aggressive while handling it. A contestant is a leader. They shouldn’t be a ‘victim’,” she says.

But it does take a toll on some. Activist-turned politician Shehla Rashid, part of the Shah Faesal-led Jammu and Kashmir People’s Movement which will contest Assembly polls in the state, says that the party will be the first to have an anti-sexual harassment cell. She says social media platforms have a majoritarian bias and what she calls “digital lynchings” do have an effect. Often, the trolling is co-ordinated by an online troll army. “People are also scared of supporting us. If you interact with me publicly onl­ine, you’ll have 200 hate comments on your profile,” says Rashid adding that she took a break from social media to ‘detox’ since it “affects you mentally and gives you a skewed version of reality where you feel everyone is out to attack you.”

Last year, Amnesty International came out with a study attempting to gauge the level of ab3use women journalists and politicians rec­eive on Twitter. The survey included 778 women from the US and the UK and found that 1.1 million abusive posts came their way in over a year at an average of every 30 seconds. Imagine being abused twice a minute through the day. Not pretty, is it?

Elections In India: From Ridicule To Sexual Innuendos, Why It's A Nightmare For Women Candidates