Opinion | India Has Acted In Legitimate Defence Against Terrorists

The IAF’s surprise strikes were thoroughly planned, leaving nothing to chance 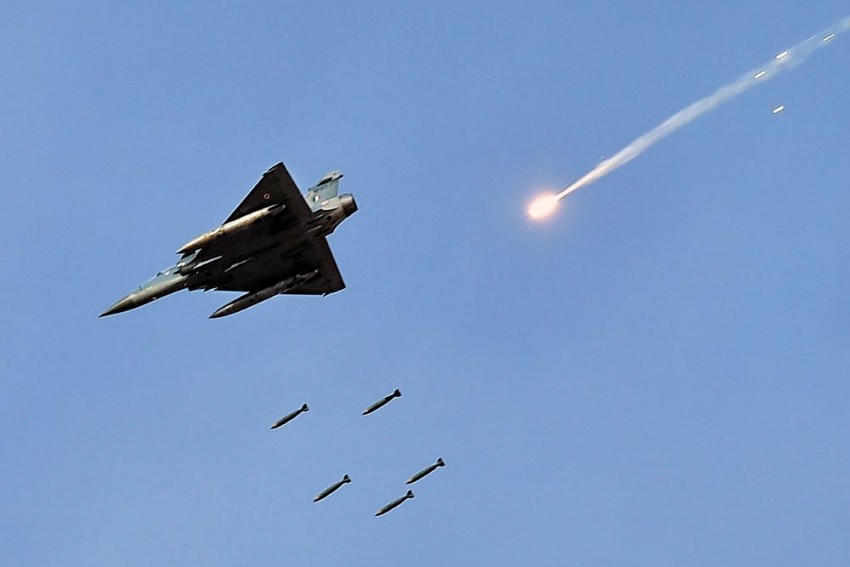 As the air war seems to escalate, northern airbases on both sides are on high alert. Civil flights in these bases were suspended. This came about after the Indian Air Force (IAF) crossed the Line of Control in peacetime for the first time ever since independence. Twelve multi-role Mirage 2000s, escorted by SU 30 air-superiority fighters and supported by combat enablers like the Airborne Warning and Control System (AWACS) and Flight Refuelling Aircraft (FRA), carried out strikes into northern Pakistan, including at targets beyond Pakistan-occupied Kashmir (PoK) in the early hours of February 26, 2019. It was a signal to the world and Pakistan in particular that enough is enough. We would not let Pakistan continue to bleed India through direct infiltration and support to terrorists in J&K.

The political resolve was clear. After more than 40 Indian soldiers lost their lives in the Pulwama terror attack, Prime Minister Modi had publicly said that their martyrdom would be avenged. The armed forces were given a free hand to choose the place and time of reprisal.

The Pakistani security establishment was conscious of a possible Indian retribution and was on alert. However, they did not expect an air strike because it is generally accepted as an escalation. India timed the strike beautifully 12 days after Pulwama. The Indian military establishment was publicly seen to be busy inaugurating the National War Memorial. No one would have imagined that in the backrooms of the IAF, a massive air strike was under preparation.

Before any air strike of this nature, special reconnaissance missions are launched to gather intelligence on the enemy. The targets are studied in great detail and the target location is ascertained to a high accuracy so that laser or GPS bombs can be used to target them without collateral damage. India was clear that it was not targeting the Pakistani people, not even the military. It was targeting terrorist training camps and legitimately so.

The Mirage 2000 was chosen for the strike bec­ause it can carry bombs with the Israeli ‘SPICE’ electro-optical cum GPS precision guidance kit. It is a derivative of the Popeye air-to-surface missile. These 1,000 kg bombs can glide to long ranges of up to 100 km. The aircraft reportedly got airborne from their home base in Gwalior. The AWACS and FRA were in the air to support. The aircraft would have done tactical routing in order to avoid Pakistani radar detection and also not raise an alarm. The whole strike was well-choreographed. IAF chose the ‘graveyard shift’ timing on the target—3:27 hours—when the enemy radar and weapon systems operators would be least alert. Beyond the main strike package and support aircraft, there were many standby aircraft in the air. The IAF aircraft attacked terror comps at three ­locations: Muzzaffarabad and Chakoti in PoK and Balakot in Khyber-Pakhtunkhwa, nearly 60 km deep across the LoC. The GPS bombs have a precision accuracy of around three meters. With 12 such bombs ­released, most would have had dir­ect hits. The buildings housing the terrorists would have been flattened as 1000 lb bombs can cause significant damage. While the world awaited official evidence from both sides just after the strike, the Pakistan government immediately got into a huddle. Initial responses from across the border were that no damage was caused. These statements are being seen as non-escalatory and best accepted as a means to not flare up the Pakistani public’s res­ponse for ­revenge. The international community, ­inclu­ding Pakistan’s time-tested friend China, have asked for restraint. The official statement by the Indian foreign secretary showed a high degree of maturity. It clarified that our ­attack was not against the Pakistani people but against the ­Jaish-e-Mohammed staging camps.

The Pakistani army exercises disproportionately high influence in the decision-making processes of its country. Egos in the Pakistani establishment are bound to be hurt and will be trying to up the ante. India has acted in legitimate defence against terrorists. The Pakistani air force is also launching pin-prick decoy strikes towards India, as it claimed to have done the next day. The situation is fluid and the last word has still to be spoken. Hereon, restraint would be the international buzzword.

(Air Marshal (retd.) Anil Chopra has been a Mirage 2000 fleet pioneer and the head of IAF in J&K)

'War Is The Continuation Of Politics By Other Means'