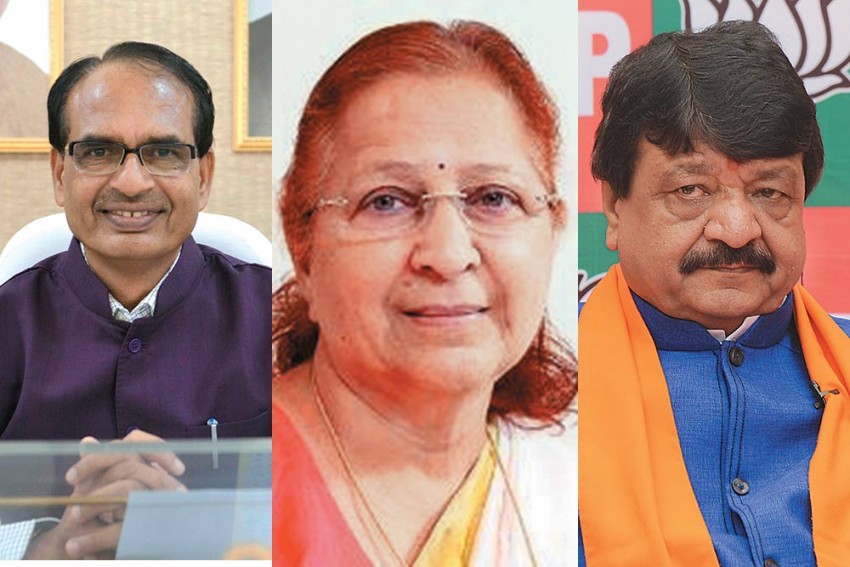 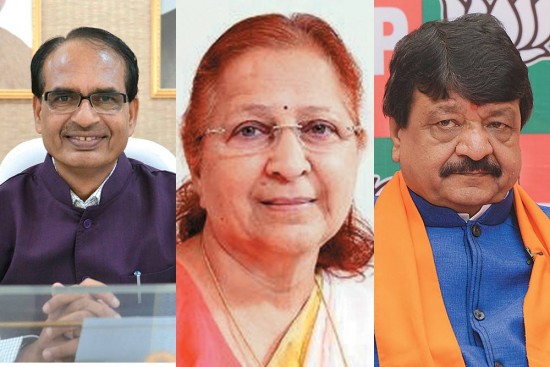 Much of the discourse over the BJP’s electoral strategy in Madhya Pradesh has, lately, revolved around its outrageous choice of candid­ate for the Bhopal Lok Sabha seat­—Malegaon blasts accu­sed Sadhvi Pragya Thakur. But, there’s something more bizarre about the nominees the saffron party has fielded from the state that has been dubbed the Sangh Parivar’s oldest political laboratory. For the first time in nearly three decades, the BJP’s list doesn’t feature a single high-profile leader, nor any warhorse with a proven record of winning.

Though Atal Behari Vajpa­yee’s electoral legacy is largely identified with the Lucknow seat he won five times, he was also elected to the Lok Sabha twice from MP. Jana Sangh leader and later BJP founding member Vijaya Raje Scindia served multiple Lok Sabha terms between 1971 and 1998. Sumitra Mahajan, the longest-serving woman MP in Parliament, was the BJP’s victor from Indore for eight terms in a row until 2014. Union external affairs minister Sushma Swaraj was elected MP from Vidisha in 2009 and 2014.

Vajpayee and Vijaya Raje Scindia are no more. The 76-year-old Mahajan had to bow out of the race as party leaders aged above 75 have been barred from contesting. In 2011, as a compromise to allow Shivraj Singh Chouhan to continue as CM, Uma Bharti was asked to shift to Uttar Pradesh. Swaraj too isn’t ­contesting ostensibly due to health issues.

Kailash Vijay­vargiya, who has risen in stature under the Modi-Shah regime, has the ominous task of managing the campaign in Bengal, abandoning his long-held ambition of replacing Mah­ajan as the Indore candidate.

The Congress, still buoyant over its December victory in ass­embly polls, is cautio­usly excited. “The BJP is nervous. It's banking on Modi’s image, but his popularity has plunged and their nominees have no individual standing. Most are outsiders in their constituencies,” says former Union minister Arun Yadav, Congress candidate from Khandwa. The BJP won 27 of MP’s 29 Lok Sabha seats in 2014. Its leaders admit that a repeat is alm­ost impossible. “I doubt we will get more than 16 seats,” says a BJP MP who was denied a ticket. “Had leaders like Chouhan been convinced to contest, they would have carried the candidates from adjoining seats, but the central leaders seem convinced that projecting Modi’s face is enough.”

Pointing out that he wasn’t contesting because, as the BJP's national vice-president, he has the “responsibility of campaigning across the country", Chouhan says, "The BJP will sweep MP. We have given tickets to a good mix of seniors and young leaders."

BJP sources claim the RSS was quite assertive in dem­anding certain tickets. “The RSS wanted to field Uma Bha­RTI from Bhopal, but she was unw­illing, so Pragya was brought in to send a strong message against the 'Hind­utva terror' hoax," says a key BJP leader. "Khajuraho candidate V.D. Sharma is also from the RSS quota." The Cong­r­ess, meanwhile, made a clear statement of its seriousness to win by fielding Digvijaya Singh from Bho­pal, a seat the party has not won since 1989. It also ren­ominated ­inc­umbent MPs Jyotiraditya Scindia and Kantilal Bhuria from Guna and Ratlam, ­respectively, and strong ­contenders like Meenakshi Natarajan (Mandsaur), Kavita Singh (Khajuraho) and CM Kamal Nath's son Nakul Nath (Chhindwara).

Absentee, But Still The Lord