Mehbooba Mufti's Daughter Iltija Cries For Freedom But How Long Will Her 'Anti-India' Stance Last?

Iltija Mufti is a political science graduate from Delhi University. She feels the Centre has not treated Kashmir as political and human problem 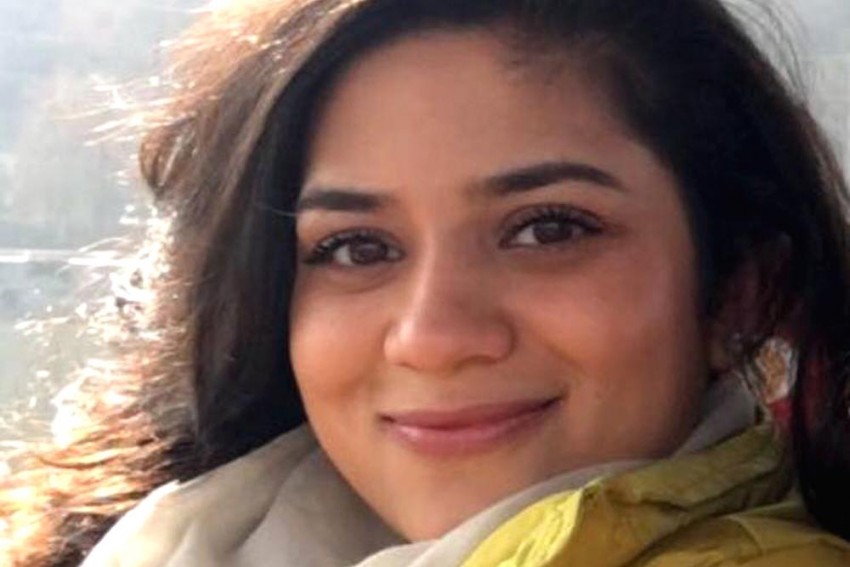 She Speaks
Iltija says she is not interested in politics
Naseer Ganai November 28, 2019 00:00 IST Mehbooba Mufti's Daughter Iltija Cries For Freedom But How Long Will Her 'Anti-India' Stance Last? 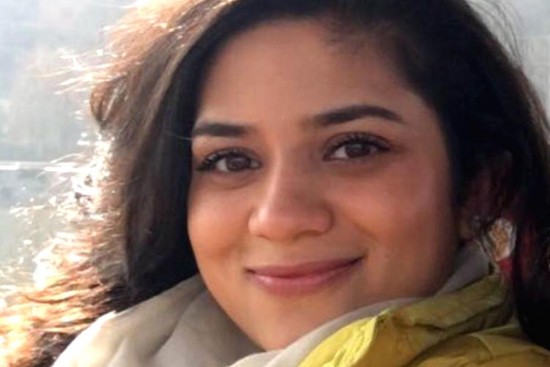 After the revocation of Article 370, Iltija Mufti, Mehbooba Mufti’s daughter, was one of the first among Kashmir’s political families to break the silence. A graduate in political science from Delhi University and postgraduate in international relations from Warwick University, Iltija, 33, declared in interviews and on Twitter that the average Kashmiri viewed India as an occupational force and termed statements of the Indian government vis-a-vis Kashmir a bald-faced lie. She also held forth on the “plight” of former MLAs and ministers who have been detained in the MLA hostel in Srinagar. In her tweets, she described the condition of the hostel as inhuman and claimed that Sajjad Lone, chairman of J&K People’s Conference, bureaucrat-turned-politician Shah Faesal, and PDP youth leader Waheed Parra were manhandled there.

“I don’t regret my statements. No, I don’t regret anything at all,” Iltija tells Outlook. “After the revocation of Article 370, I anticipated that they would arrest my mother. I even told her, but she claimed they wouldn’t. I thought they would place her under house arrest, but I didn’t think they would take her away. When I saw Farooq sahib breaking down on ­television during an interview, I ­became disturbed and angry. He is my grandfather’s age and a giant among all Kashmiri leaders. To treat him like this is terrible.”

In the week leading up to August 5, when Kashmir was flush with rumours, Iltija and her family had suspected that Article 370 would be revoked. She says Mehbooba panicked on August 2, when the government issued an order asking pilgrims and tourists to leave the state. “We realised the buildup was ­bigger and the siege was on a larger scale, but no one had imagined they would bifurcate the state” she adds.

After Mehbooba was taken away, Iltija remained in their Fairview residence on Gupkar road with her grandmother. “I was a prisoner in my own house, I wanted to leave, but they didn’t let me. On Eid, people tried to meet us, but they didn’t allow anyone inside. They were all turned away. One day, I went to the gate and just screamed. I thought people across the gate on the road could hear me. It was very traumatic,” she says.

“One day, I went to the gate of my house and just screamed. It was ­very traumatic.”

On August 15, she wrote an open letter to the Prime Minister and leaked it to the press through her sources. After the letter was published, she was ­allowed to move out of her house. Later, on the ­orders from the Supreme Court, she met her mother, who is ­detained at Cheshmashahi sub-jail on the banks of the Dal Lake. There she discussed the necessity of using Mehbooba’s Twitter account to send out messages. “I think it is an important platform. I can send out powerful messages through my mother’s account,” she explains.

With her Twitter foray and interviews, came threats. “I took a decision to speak out and these are the consequences. I got threats from verified ­accounts the prime minister and other ministers follow, but nothing will ­silence me,” she says.

While some regard the ­arrests of mainstream leaders as “Delhi betraying its own people in the Valley”, Iltija sees the situation differently: “My mother and others risked their lives so that democracy could take roots in Kashmir. Earlier, mainstream politicians would face people’s anger, but now Delhi’s face is visible to everyone.” She believes that Delhi has ­always looked at the Kashmir problem through a security and military prism. “They never wanted to ­acknowledge it is a political problem with multiple stakeholders—you need to engage everybody. The Centre keeps deploying the army and paramilitary. It creates an artificial sense of calm and then, all of sudden something happens that disrupts everything and we are back to square one. It’s a vicious cycle,” explains Iltija. “Blaming the mainstream for the Kashmir problem is a false narrative. Now they are building a narrative of religion, saying there is massive radicalisation and ­invoking migration of Kashmiri pandits. The issue is that the Centre has not recognised or treated Kashmir as political and human problem.”

Her vociferous comments notwithstanding, Iltija insists she is neither the spokesperson of her party, nor a dynast. “My mother had told me to ask two PDP Rajya Sabha MPs to resign. I messaged them, but they didn’t resign. But that was that—it’s not my job to interfere in party affairs. Whatever I say is my opinion; it is not necessary that my mother or her party endorses it.” She emphasises that the Muftis were in power for five-and-a-half years only after being in politics for decades. “Please look at my grandfather’s political trajectory. He never completed any tenure as a minister. I have no interest in politics, but ­nobody has the right to stop me from joining politics,” she declares.

Many, however, regard Iltija’s ­“anti-India” narrative as a temporary phase. “Delhi will rehabilitate ­mainstream leaders again and then, she too will make a U-turn. She ­already has started giving soft ­statements,” says a former academic on condition of anonymity.