NH44…London, Sydney, California. The farm protests of 2020 are far more inclusive, pan-India, even global—than those of the 1940s and ’80s. Only constant: the State’s betrayal. 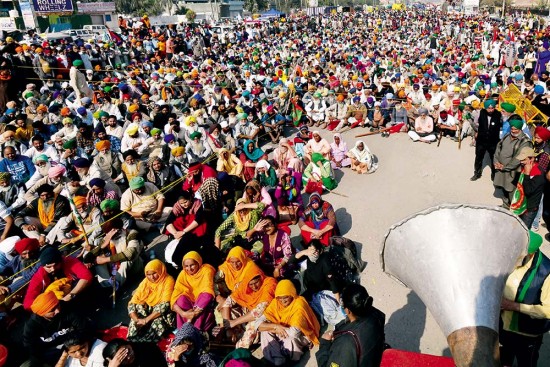 A small caravan of tractors trickling in towards Delhi on NH44, armed with nothing more than slogans and unbending intent. Under usual circumstances, they would have become just another sector of protest—no shortage in India of those. But as the days went by, they built up such gale force behind them as to recall a medieval army, the sort that could decide the balance of forces in history. The proud but care-worn faces of Punjab’s farmers—those who sired India’s Green Revolution—have by now sown a perfect political storm, confronting the NDA government head-on, becoming one of the very few who could compel it to blink.

Since December 1, the Centre has appeared on the backfoot—going through five rounds of negotiations with 40 farmer union leaders, saying it was open to amendments in the new farm laws, even considering a special session of Parliament to get statutory sanction for the changes. Ten days later, though, the script is stuck as the maximum offered does not match the minimum demanded. After all the labour, for both sides, often operating across a gulf of trust and belief systems, the harvest is delayed.