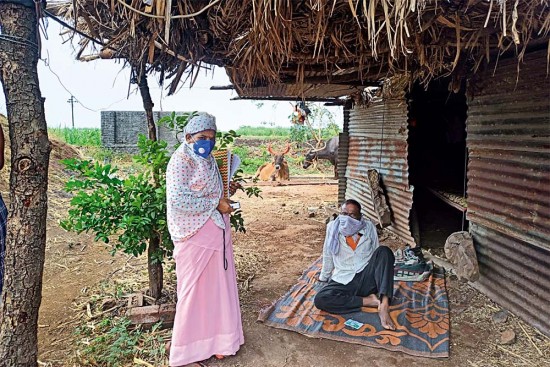 “I would say that if the village perishes, India will perish too. India will be no more India. Her own mission in the world will get lost.”

Through the second wave of the pandemic, as it washed over the Indian landscape, Marathwada was a microcosm of what was happening elsewhere. Like many other swathes of rural India, it saw the same cloudburst of morbid events—death stalking high and low, oxygen running out, scanty health infrastructure, inadequate ­vaccines and the viral inkblot spreading out into far-flung villages. But Osmanabad, in this poverty-ridden ­region of central/southeastern Maharashtra, has added a small note of optimism to that: it has got the first ­establishment in India to produce medical grade oxygen from an ethanol plant. It’s created a flutter of hope even as the district, like so many others in India, continues to reel under the by-now-familiar tsunami of horror.

The second, deadlier, wave of COVID-19 has even reached the ­remote villages, of that...