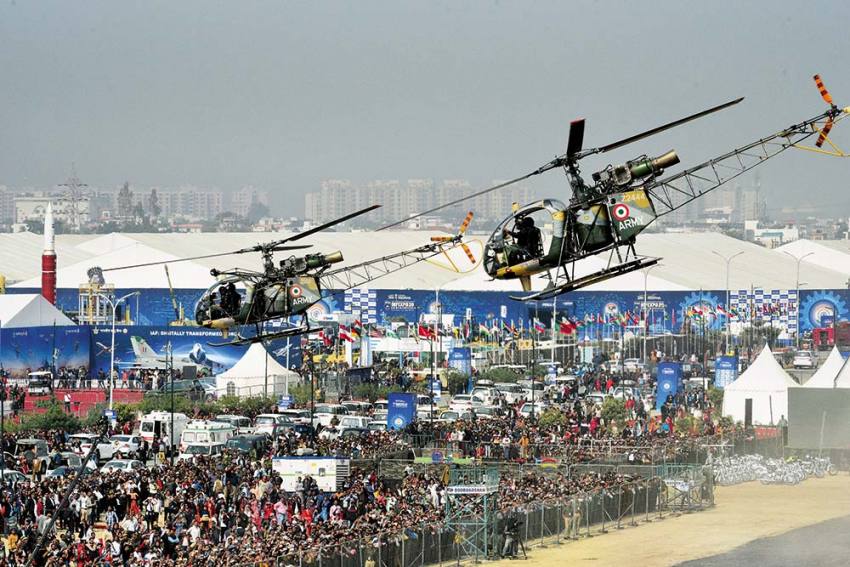 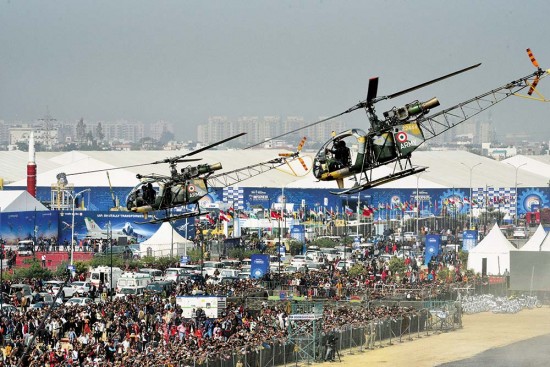 Last week, India’s biennial ­defence manufacturing ­exhibition, Defexpo 2020, was held in Lucknow, heart of the Uttar Pradesh defence-industrial corridor. UP CM Yogi Adityanath ­described it as the ‘Maha Kumbh’ of ­defence manufacturing. He was fascinated perhaps by the scale—unprecedented, with over 1,000 exhibitors, 15 lakh visitors, daily live demonstrations of military capability in mock operational setting, military cooperation-conference of defence ministers of 30 countries. The Ministry of Defence, Department of Defence Production and the UP government had done a commendable job. The growing array of ind­igenous military hardware on display indicates that Make in India is making a difference in the defence sector.

India was the highest defence ­imp­orter until 2018, when it climbed down a step from its long-held ­position. India’s defence sector has been open to direct private sector ­participation since 2001, but there wasn’t enough enthusiasm due to an indifferent policy and lack of access to users, among other reasons. Over the past five years, however, a plethora of policy reforms sowed the seeds for wider ­private ­sector participation, to bridge the gap ­between defence ­modernisation and indigenisation. Since 2001, of the 452 ­industrial ­licences issued, 109 were ­issued in the past three ­financial years. The ­proposed ­investments indicated in the licence ­applications from 2015 to 2019 are worth Rs 13,743.53 crore. In the same period, the government has ­accorded Acceptance of Necessity (AoN) to 204 proposals worth Rs 4,04,880 crore, under categories enabling indigenous capital ­procurement, in which Request for Proposal is issued only to Indian industries. The vast ­difference, ­however, ­between the AoN worth (Rs 4,04,880 crore) and the proposed investment (Rs 13,743.53 crore), clearly indicates scope for much more participation, particularly from micro, small and medium enterprises (MSME). Some 200 MoUs have been signed during Defexpo 2020. Going forward, while actualising these MoUs, it is imperative that more and more MSMEs are co-opted.

In June 2014, the FDI cap in defence was increased from 26 per cent to 49 per cent, with prospect for further increase, provided modern technology is brought into the country. In the past five years, FDI amounting to Rs 1,812 crore has been reported in the defence and aerospace sector, which pales in comparison to the annual average of Rs 31,000 crore worth of capital ­procurement being done from foreign vendors. India’s advantage is its scale, which makes it attractive for investment. The procurement strategy, therefore, must drive more FDI. Likewise, the strategic partnership ­programmes and offset provisions need quicker exploitation.

India was the highest defence importer until 2018, when it climbed down one step from that position.

During the last Defexpo, Chennai, April 2018, the Innovation for Defence Excellence (IDEX) programme was launched to foster innovation and ­technology, by providing grants/funding to industries, start-ups, innovators, R&D ­institutes and academia; 24 IDEX contracts have already been signed. Considering the potential visible in Defexpo 2020, there is scope to tap IDEX further by simplifying and quickening ­processes. Including ­challenges and funding of defence PSUs and ordnance ­factories would also enhance the scope.

DPP 2016 had redefined design and development by the private sector—by dividing the ‘make procedure’ into two: Make I with 90 per cent government funding and Make II with no government funding. Make I is meant for major platforms involving critical technologies, large infrastructure and high investment. Make II provides opportunity to private industry to design and develop minor platforms, ­systems and components. In January 2018, the Make II procedure was ­simplified, timelines tightened and provision introduced for suo moto ­submission of projects. In the past two years, 44 Make II proposals have been ‘Accepted in Principle’. Make II caters to the needs of the three ­services so far, but can be extended to the central armed police forces ­managed by the Ministry of Home Affairs. Component requirements of ­defence PSUs and ordnance factories should also be met by Make II.

Through 2016-17, Indian Army conducted an extensive outreach ­programme with 32 interactions at industrial-academic hubs across the country. Equipment demonstrations were organised for industry and ­academia at Ahmednagar, Coimbatore, Gopalpur, Devlali and Mhow. Field trips for scientists/engineers were organised to Kashmir, Sikkim, Rajasthan, Rann of Kutch and Ladakh. Some product-outcomes of the ­outreach were on display at Defexpo 2020, revealing that capability in the country needs to be tapped more vigorously, with an open and encouraging policy that “tests and trusts”.

India’s defence budget increased from Rs 3,40,921.78 crore in 2016-17, to Rs 4,31,010.79 crore in 2019-20. There are competing demands of modernisation and sustenance. India faces multiple military threats, with ongoing sub-conventional conflict, ­alongside continuous preparations for full-spectrum war. The government has recently appointed the chief of defence staff (CDS) and constituted the defence planning committee (DPC). While it is expected that the CDS will lay down priorities for modernisation with pragmatic timelines, the DPC should ensure budgetary support and accountability so that modernisation happens as per plans.

Its scale is what makes India ­attractive for investment. ­Procurement strategy must drive more FDI.

In his inaugural speech at Defexpo 2020, PM Narendra Modi announced the formulation of a long-term integrated perspective plan (LTIPP) for 15 years. It is essential to inform the industry well in advance about armed forces’ requirements, including numbers, specifications and timeline. This is currently done through an unclassified version of the LTIPP called ­technology perspective and capability roadmap (TPCR). The latest, TPCR 2018, is an improvement over earlier ones, as it quantifies some requirements of the armed forces. For the industry to be able to invest securely, the TPCR must be replaced by a “defence industrial planning’ document, which comes with a degree of assurance, that items required will be ­procured within the given timeframe.

Some of our defence industries prefer to deliver better technologies abroad as they find it difficult to be price-competitive and sustain the long procurement process in India. DPP 2016 had introduced enhanced ­performance parameters (EPP), to enable armed forces to procure ­equipment with specifications better than what is stipulated. Equipment qualifying EPP could be awarded credit score up to 10 per cent, for ­evaluation of lowest bid (L1). Effectively this provision tries to achieve ­intersection of best technology (T1) with lowest bid (L1). To utilise this ­effectively, ‘price indexing of technology’ must be undertaken by the ­services, with help of technology and costing experts, to get best value in EPP, strategic partnership and Make programmes.

In Defexpo 2020, some domestic exhibitors displayed AI/robotics for ­surveillance and targeting, and logistic functions, offering opportunities to even improve teeth to tail ratios. In 2019, MoD set up its AI implementation committee. It is essential now to put out specific requirements to enable ­industry to get on with production. Some handholding for the small and agile industries in AI/robotics and quicker procurement cycles can benefit everyone.

The draft defence production policy had identified 13 systems for self-­reliance by 2025. At Defexpo 2020, ­positive movement towards these goals was visible. In comparison, there wasn’t much that would indicate self-reliance for advanced materials or critical ­components like engines and chips. It would help to lay down objectives and a ‘self-reliance’ policy, for critical components and materials.

As Defence Minister Rajnath Singh said in the valedictory, “success of Defexpo is a declaration to the world that the coming years will signify India’s domination in defence ­manufacturing”. To be there, ­competency ­mapping of private sector must be the next step. To retain MSME in the game, faster procurement cycles and synchronising procurement cycles with ­technological cycles would be ­essential. Introduction of an end-to-end digitised procurement system with accountability and timelines strictly defined can be encouraging.

The acquisition branch must be ­managed by more specialists; services need to create their own cadre of ­technology leaders, who understand military requirements and technology, and can lead the drive. In the medium to long term, the strategic partnership programme must be pursued, while ­encouraging more IDDM and Make II with the help of private industry, ­particularly MSME. For true military prowess, money power must be complemented by technological strength.