Locked In A Stately Duel

Stalin and Palaniswami have contrasting personalities and skills. The battle lines are drawn clearly in Tamil Nadu. 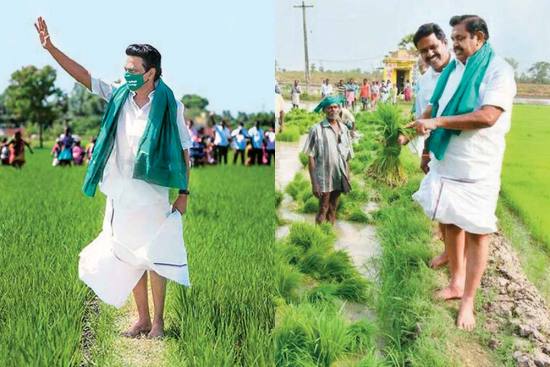 For a state used to cutthroat political rivalries between larger-than-life personas—MGR versus Karunanidhi, followed by Jayalalitha versus Karunanidhi—2021 was shaping into a half-hearted scrap devoid of a doughty duel. DMK’s M.K. Stalin sat pretty, relishing the disarray in the opposite camp, confident of grabbing power after ten years.

Everything, indeed, had fallen in place for 67-year-old Stalin—a planned succession, his elder brother’s challenge snuffed out, total control of the DMK established by ensconcing seniors in top positions, while promoting son Udhayanidhi unabashedly. The DMK’s chief ministerial candidate for the 2021 assembly elections was in a happy place.

Then, the unexpected happened. The AIADMK’s rival leaders—bitterly bickering till the other day—buried the hatchet. One of them, former CM O. Panneerselvam, announced the other, current CM Edappadi K. Palaniswami (EPS), as the CM candidate. Rather than being split down the middle, the AIADMK is rallying behind one man—EPS. A steeper climb awaits Stalin.

EPS, the ‘accidental’ chief minister, had handily survived two splits—one by OPS and the other by Sasikala’s nephew T.T.V. Dhinakaran. The first he repaired by patching up with OPS, the second he tamed by reducing TTV into a bit player in the Lok Sabha election and bypolls. EPS not merely established the primacy of the AIADMK in Tamil Nadu politics, but resisted various attempts by the DMK to topple his government.

“His main success has been providing continuity in governance after Jayalalitha’s demise. EPS did this in his unobtrusive manner, without confrontation with the Centre or neighbouring states, which used to be hallmarks of Jayalalitha. Also, there are no major complaints against his government, a big plus for a...