Lessons, At School And In Life

A day in the life of a quiet 11-year-old state school student, who loves nothing more than drawing life in colour on paper 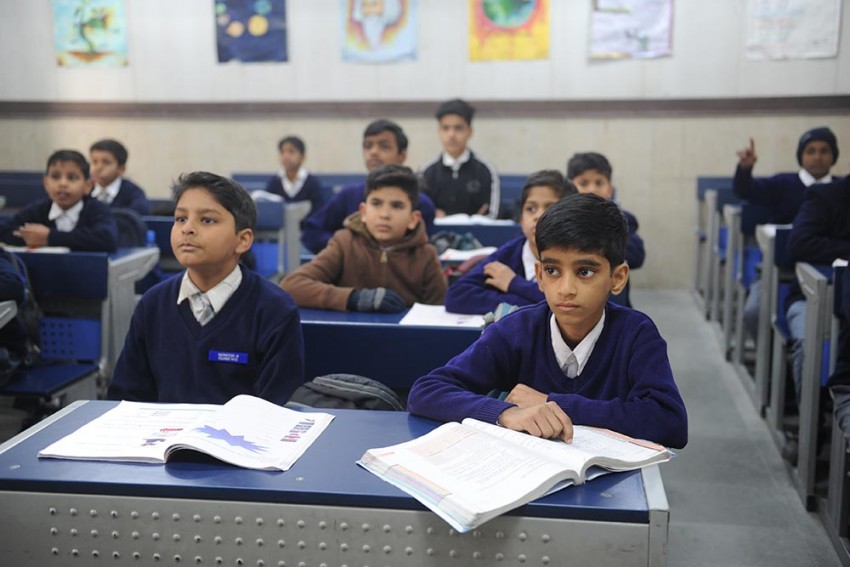 Point Of Departure
Deepanshu in his classroom at Sarvodaya Bal Vidyalaya
Photograph by Tribhuvan Tiwari
Tanya Ranjan March 14, 2019 00:00 IST Lessons, At School And In Life 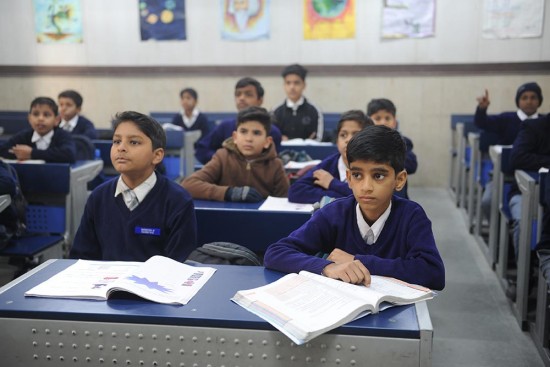 Deepanshu, a class 6 student of the state government-run Sarvodaya Bal Vidyalaya on Delhi’s Deen Dayal Upa­dhyaya Marg, starts his day at 6.30 am. “He doesn’t like waking up for school,” says his mother Suloch­ana, who is on a month-long leave from ­another school where she works as a guard. Deepanshu’s class of 30 boys, all around 11 years of age, is full of energy in the ­morning, with most kids running around and ­cracking jokes. But this child from a one-room tenement on Asaf Ali Road, which he shares with his mother and his six-year-old sister, Bhoomika, quietly takes his place on a bench and starts colouring on a piece of ­paper.

Impervious to the din around him, Deep­anshu’s eyes stay foc­used on the paper and his brush moves constantly. Even the tea­cher fails to get his attention as he carries on with his painting. Dee­panshu says he loves drawing animals the most.

You get to know soon that he isn’t big on talking. And when he chooses to speak, you have to pay attention or you might miss what he says. It’s as if he’s letting you in on a secret. “I love to draw. Any­thing and everything,” he says, with a timid, blink-and-miss smile. He also loves cricket. And despite his quietness, he has made friends with whom he plays the game. 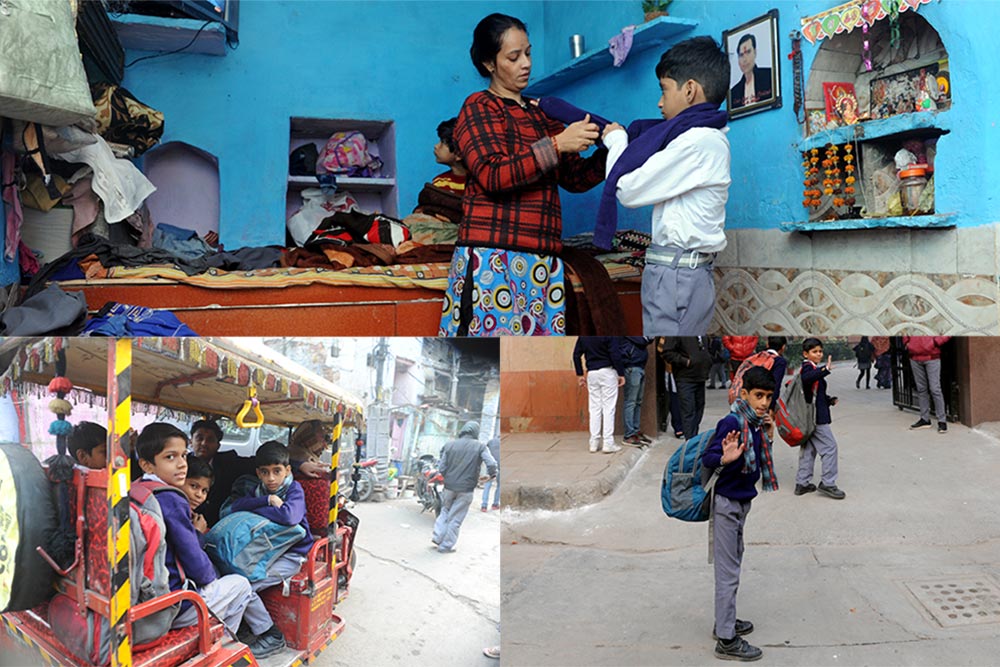 (Clockwise from above) Deepanshu’s mother gets him ready for school; Deepanshu at the gate of his school on Delhi’s Deen Dayal Upadhyaya Marg; on the way home with classmates.

Soon a teacher announces it would be a half-day as a parent-teacher meeting was happening in the main hall. The children are overjoyed. After a couple of classes, Deepanshu is in the usual e-rickshaw that takes him home, along with a few classmates. One teases Deepanshu, saying, “You are a hero now.” Deepanshu replies: “I really can’t believe my name and photos will be published in a magazine.”

Impervious to the din in class, Deepanshu’s eyes stay ­focused on the paper and his brush moves constantly.

Deepanshu’s house is small and the kitchen is just outside the only room. As soon as he enters, Sulochna asks about his day. Deep­anshu brings her a glass of water without being asked and then settles himself in front of the television as he has his lunch. “Doraemon is my favourite cartoon show,” he says. Kartik, his friend who lives next door, comes over with a lunch box with him. The two eat parathas together and Bhoomika joins in.

“He doesn’t make friends easily, but loves watching television,” Sulochana says about her son. Kartik leaves right after lunch, while Deepanshu lies down and continues to watch TV. Sulochna shows his drawing book. The pages are full of animals, flowers and mythical gods. Some drawings are hung on the walls of the room along with family photos.

So what does he do besides dra­wing? “I go out to play sometimes. But today, I don’t feel like. I watch TV and, if there’s homework, I do that and then go to sleep.” Living in such a small house, Deepanshu knows the value of having his own space.

“He is an observant child, who notices things easily,” says his mother. “He’s active and lazy at the same time. Also very naughty.” Deepanshu seems satisfied as he gets ready to sleep.

Indeed, the family has turned the single room into a home. It is a life full of adjustments with adverse or constraining circumstances. So Deepanshu, who is so focussed on his drawing and painting, and is mostly watching television otherwise, if he isn’t at school, actually prefers that routine as best in his situation. That we have to make the most of what we have rings true for Deepanshu. He is happy staying home. He doesn’t need much and his day revolves around a television set, homework and, on some days, going out to play cricket with his friends.