Home  »  Magazine  »  National  » Policy/Ladakh »  Left Out Of Centre: Why Ladakh Has Not Seen A Flurry Of Central Notifications

Left Out Of Centre: Why Ladakh Has Not Seen A Flurry Of Central Notifications 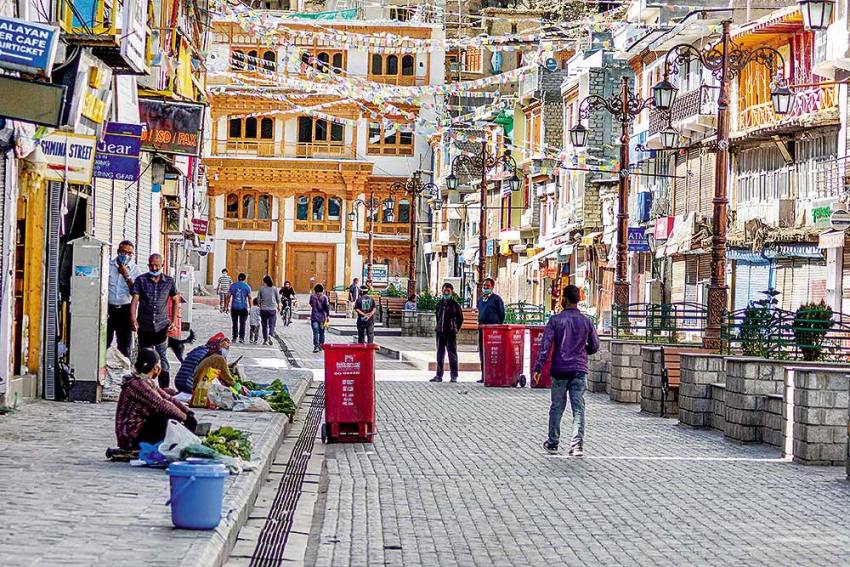 Leh market
Covid and China, twin anxieties, are hurting businesses in Ladakh
Photograph by PTI
Naseer Ganai July 09, 2020 00:00 IST Left Out Of Centre: Why Ladakh Has Not Seen A Flurry Of Central Notifications 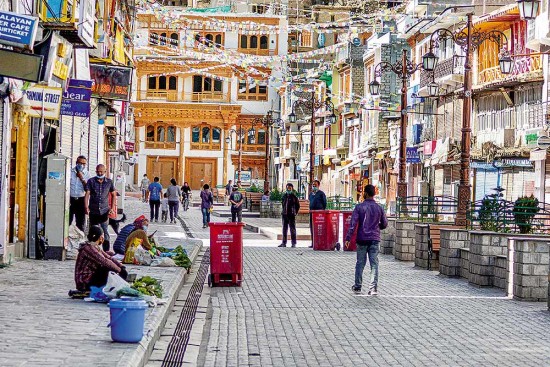 Since the abrogation of Article 370 and 35A on August 5 last year and the bifurcation of Jammu and Kashmir into two Union territories, the government has been extending central laws and adapting other laws in the case of J&K, but treading cautiously in Ladakh. “When Ladakh was declared a Union territory, China reacted sharply. This seems to be the sole reason for treating J&K and Ladakh differently in this way,” says Riyaz Ahmad, a Kashmir-based political analyst. The Chinese foreign ministry spokesperson had said in a statement on August 6 last year: “China always opposes India’s inclusion of Chinese territory in the western section of the China-India boundary under its administrative jurisdiction…. The unilateral revision of domestic laws by the Indian side continues to undermine China’s territorial sovereignty, which is unacceptable.”

In Muslim-majority J&K, the domicile law was brought in despite allegations of being part of an attempt to change the demography. Domicile certificates are being issued to former soldiers and others who lived in J&K for 15 years, or studied for seven years and appeared in the Class X and XII examinations in an educational institution there. A Bihar-cadre IAS officer posted in J&K became the first ‘outsider’ to get the certificate.

This March, the Union home ministry issued a gazette notification for adaptation of 37 central laws in the concurrent list for J&K. In April, the ministry ordered adaptation of J&K’s state laws, now called Jammu and Kashmir Reorganisation (Adaptation of State Laws) Order, 2020. Out of 138 state laws, 25 have been repealed, while others have been adopted with substitutes. A domicile clause was inc­luded in the Jammu and Kashmir Civil Services (Decentralisation and Recruitment) Act. “In the case of Ladakh, no such notifications have been issued,” says a law department official. Senior counsel Z.A. Shah says this means all central laws are applicable to Ladakh at present.

“We are governed by old land laws and employment laws, and seek constitutional safeguards such as inclusion of Ladakh in the Sixth or Seventh Schedule,” says Ladakh Buddhist Association president P.T. Kunzang. Former Ladakh Hill Development Council (LHDC) chairman and Congress leader Rigzin Sapalbar agrees this is a popular demand. “The government has done nothing on this and BJP leaders have been asked not to voice such a demand.”

LHDC chairman P. Wangyal says Ladakh needs safeguards regarding their land, culture and environment. “If we get safeguards on these three things, then it would be great. For now, we are still at the initial stage,” he says. Rigzin Jora, a former Congress leader who has been a minister in several governments in J&K, says there is no clarity about land laws and domicile laws since Ladakh became a Union territory. “The LHDCs of Leh and Kargil can have jurisdiction over allotment of government land to people, but what about private land and employment? Land and domicile are burning issues here. Once the Sixth Schedule demand is granted, people won’t be deprived of their land,” he adds. The Sixth Schedule guarantees protection of land and other rights.

In a video last November, Magsaysay winner Sonam Wangchuk appealed to the Centre to include Ladakh in the Sixth Schedule. “People here have now started asking whether the status of UT was granted for others to exploit the resources of Ladakh…whether India will do what China did in Tibet,” he said. Local MP Jamyang Tsering Namgyal has been arguing there is nothing to fear as land use is vested with the LHDCs. But Sapalbar and other regional leaders say the LHDCs are there only to create an impression of autonomy. The real power is elsewhere. “The hill councils have no powers now. You have the lieutenant governor and a divisional commissioner here. The LHDC had to protest recently to press for its demands,” says the former LHDC chairman.