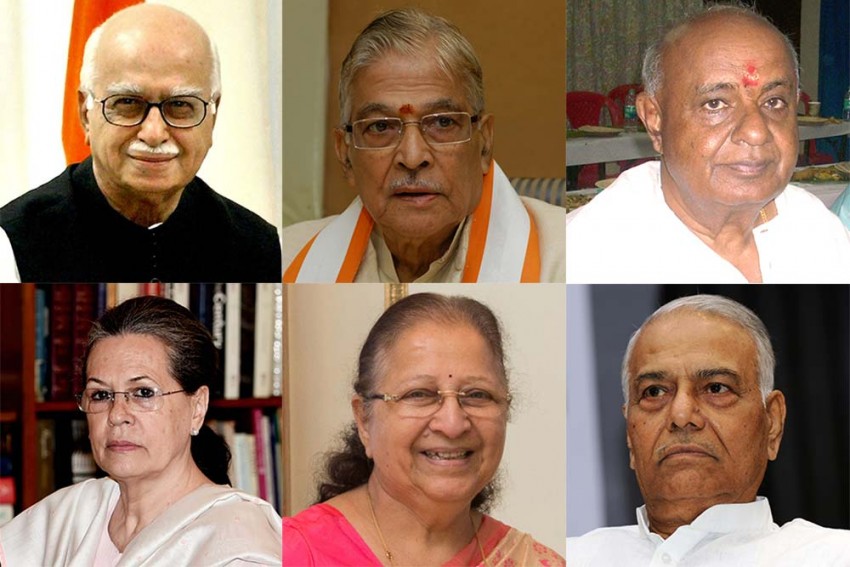 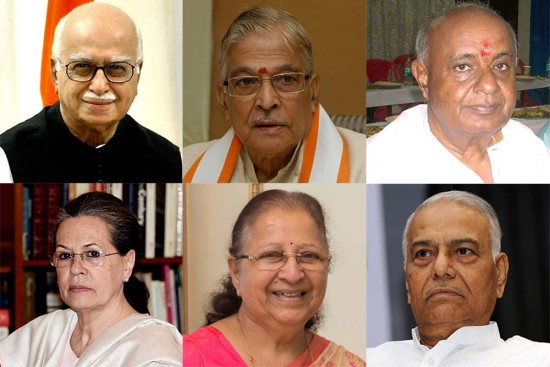 Some got a chance and some were cast away, some saw the writing on the wall and bowed out before the tide turned while others defied the tide and managed to stay afloat. They are dynasts and they are common folk who defeated the odds to climb up the political ladder and carve out their own fiefs. And then, there are those who defined a new brand of politics only to be ruthlessly elbowed out by protégés.

The Lok Sabha polls 2019 mark a watershed in Indian politics for the sheer number of veterans who shaped India’s political landscape and have now either fallen by the wayside or are in the final lap of their eventful careers.

The BJP, under Modi, has been the most brutal in benching aging leaders. Soon after its victory in the 2014 general elections, it had signalled that the original Rath Yatri, Lal Krishna Advani, will never have the reins of the chariot again. The co-founder of the BJP who saw his prime ministerial ambitions usurped by protégé Modi was swiftly relegated to the party’s ‘margdarshak mandal’ along with Murli Manohar Joshi and Yashwant Sinha. Sinha’s protestations at being benched went unheeded and eventually saw him exit the party. It was clear that the 92-year-old Advani and 85-year-old Joshi will be out of the electoral fray in 2019.

Reduced to a corroded statue often seen with hands folded in deriding deference to Modi at public events, Advani, once the BJP’s Iron Man who whipped up communal hysteria that led to the demolition of the Babri Masjid and set his party on electoral ascension, walked quietly into the sunset just as the heat of the Lok Sabha polls began. Joshi, the former Physics professor at Allahabad University, who as Union HRD minister in the Vajpayee government had made ‘saffronisation of education’ his mission, wasn’t as timid as Advani. Aware that an unceremonious exit awaited him, he spent the last two years of his tenure in Parliament embarrassing the Modi government on various fronts through reports of a parliamentary panel he headed. When finally told that he was being denied a ticket to contest the LS polls, Joshi released a two-line note to his constituents in Kanpur, making it clear that it was the party that did not want him to contest.

Advani and Murli Manohar Joshi have been sidelined, JD(S) chief Deve Gowda and SP patriarch Mulayam Singh Yadav may have had their last run.

Once a contender for the prime minister’s chair, Sushma Swaraj, spent the last five years battling rumours about her frosty terms with Modi and the impr­ession that though she was the External Affairs minister in the Union cabinet, all that the PM left her to do was to settle passport and visa grievances. Hav­ing undergone a kidney transplant in 2016, Swaraj cited her health as the reason for bowing out of the electoral race. The pol­i­tical grapevine has it that the four-term Lok Sabha MP will now be seen in the Rajya Sabha and hold a key responsibility in the new government.

Swaraj’s colleague Uma Bharati may not be as lucky. The six-term Lok Sabha member and former MP chief minister, Bharati did not contest the recent polls owing to her poor health. The Sadhvi who doesn’t share an easy rapport with Modi, may now find herself without any role in the new government too.

While the transition is nearly definitive, even forced, within the BJP, other political parties too are likely to witness an obvious generational shift. Take, for instance, Janata Dal (Secular) chief H.D. Deve Gowda. The 86-year-old former ‘accidental’ prime minister has already effected a transition of reins to his son, Karnataka CM H.D. Kumaraswamy, and even brought his third-generation into the electoral fray. Ahead of the 2014 elections, Deve Gowda had declared that he was contesting his last elections. He broke that vow in 2019, to “keep the BJP out of power”. That clearly did not happen and the Vokkalliga satrap lost his last electoral battle to the BJP in Tumkur this time round.

Samajwadi Party supremo Mulayam Singh Yadav seems to have control of his party too. The 79-year-old former wrestler may still be going strong in the electoral ring, winning his seventh Lok Sabha term this time, but party members maintain that this is his last electoral outing.

And then, there is Sonia Gandhi. It was in early 1998 that Sonia summoned her trusted aide Tom Vadakkan—who quit the party in March this year to join the BJP—and asked him to convey to then Congress president Sitaram Kesri that she was finally willing to campaign for the party in the upco­ming Lok Sabha polls. After the 1998 election defeat, Sonia replaced Kesri the following year, also took the electoral plunge sim­u­ltaneou­sly from Ame­thi and Bellary. Though the Congress failed to form government, Sonia won from both seats and has since returned to the Lok Sabha five times, winning again from Rae Bareli this time.

It was anticipated that the ailing mat­riarch of the Nehru-Gandhi family may not contest the Lok Sabha polls this time. Her decision to return to the electoral fray surprised many who thought she might leave her Rae Bareli seat for daughter Priyanka Gandhi Vadra. With her party in much worse a crisis than the turbulent years between 1991 and 1998, and the political ground she had recovered between 1998 and 2009 lost again under her son’s ­stewardship, Sonia is working behind the scenes to make amends. She is still the UPA chairperson. It is expected that the present Lok Sabha victory from Rae Bareli is Sonia’s swansong as far as electoral politics is concerned. She is set to stay on as her party’s ­patron, guiding the Congress in its worst-ever crisis period.