‘Laab’ In The Mountains

He would take his colour, brushes and canvas outside to paint and talk with his love. He would stand close to the window and paint, keeping an eye on his muse.

More from Maitreyee Boruah
View All

Nobody in Anini exactly knew where the couple came from. The tall man and his petite wife, they say, arrived in a helicopter on a summer day a long, long time ago. The weather was pleasant and the sky blue and unc­l­o­uded. As the chopper hovered for a while before making a grand landing on the lone helipad in Anini, the grass below danced from right to left. As soon as the door opened, he felt a gust of wind that smelled of mountains and hopes. He smiled to himself and then to the strange new world he was stepping into for the first time. He then lifted his wife in his arms with utmost care and deboarded, one glance at her face, the next on the ladder steps. “What love!” a few onlookers sighed. It didn’t take long for them to know the reason.

The fact that his wife was petite made his task look effortless. He too looked frail but his smiling eyes somehow covered his frailty. Both their faces looked somewhat similar despite their physical differences—he was tall with swift, long strides. She was small and couldn’t even stand up on her legs. A kind stranger behind them carried a wheelchair and helped her sit. Another one handed her husband his easel. To get ahead with the day, she stroked her silk saree in an attempt to remove the creases left behind by the long journey. She smiled at the men—her husband and the two strangers. Her red bindi illuminated in gratitude to love and a new life that awaited the couple in Anini. Standing behind the wheelchair and looking at the blue mountains faraway, the man knew he had found his home in this small town with a helipad. The small town where he would later find out, gossip travelled faster than the mountain breeze.

Every ‘helicopter day’ was special in Anini. Every time the humming of the big bird ripped through the sky, the residents of Anini would drop everything and run towards the helipad. It was like the descent of God to the mountains. Initially, the ‘sorties’ used to come just once a month—loaded with humans and ration. Then the frequency increased to two, three and more. But it all depended on the weather. Often, the chopper’s arrival, operated by the Indian Air Force, got cancelled because of “non-stop rains or the menacing clouds”. Surrounded by mountains in all corners and with no road link, Anini was closer to China than India. It was the IAF chopper that brought people in and out of Anini. Like the man and his wife on a wheelchair, all non-Mishmis in the town of barely 1,000 people were airdropped by a helicopter.

People from all over India came to work in Anini, mostly in government jobs. There were teachers, doctors, labourers and cooks. Some of the non-Mishmi women were simply ‘memsahibs’, others were wives of working men who, in turn, worked harder to add to their husbands’ inc­ome. There were few avenues to earn, yet people from outside never stopped coming to the town—an ancient human tendency to explore far-off lands to work, earn and breed. But the man and the wife had come for a different purpose. “To live, love and make a home,” he would often say whenever anyone asked him.

Everyone in the town was deeply intrigued why a man with an easel and a wife on a wheelchair came to Anini. But no one dared to ask the couple most people referred to as ‘Laab and Laber’…Love and Lover. Laber remained courteous but distant from the rest like the bamboo hut he built over the hill from where the whole town was visible. The distance created a gap, bubbling with a mix of fear, respect and disdain. As time passed, unasked questions turned into theories and theories into rumours. Like most small towns, there was no dearth of tittle-tattle in Anini. From corrupt officials to young love affairs and Chinese spies, everyone had a story, a real story, to share under the flickering light of kerosene lamps during the long power cuts of dark nights.

But the story that came up every now and then was that of Laab and Laber. The couple intrigued Anini with their silence. But more with their dev­otion and love for each other. It was a rumour about their past life that gave them their present names—Laab and Laber. The man was the ‘Laber’ because “no one could love a wife like him”. “What devotion, how lucky she is,” women in Anini would often let out their regret. For the adults, they were the lovers—unt­ouched by all worldly desires. For the children, they were uncle Laber and aunty Laab, prefixes we added as education demanded from us. No one knew or cared to know if they were the Singhs, Yadavs, Pillais, or maybe shared a name with the lone Rahmans. 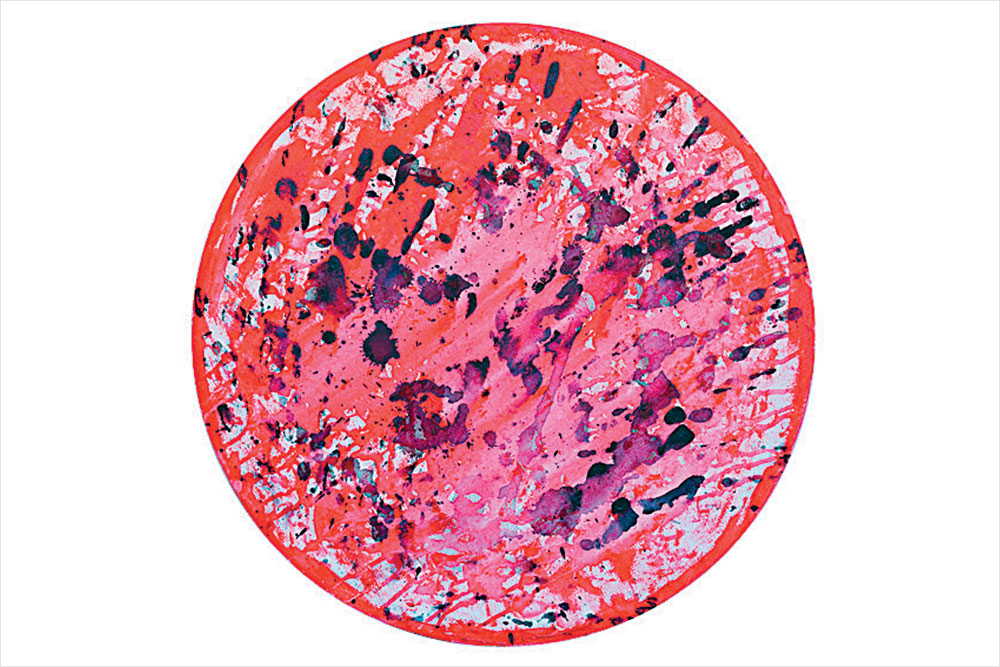 I don’t remember what uncle Laber told everyone. Actually, nob­ody remembered much except that uncle Laber was a painter and aunty Laab was a singer. That is what he told everyone. While uncle painted every day, aunty would sit and watch him silently. She would look at her man painting mountains, paddy fields, the trees and meadows that later adorned the bamboo walls of their hut.

Every day before starting work, he would make breakfast, feed aunty and push her wheelchair to the verandah to check if the sun was visible. She would then sit there for some time, ruminating over the mountains. Sometimes, he would take his colour, brushes and canvas outside to paint and talk with his love. Mostly, the small window of the hut was kept open. He would stand close to the window and paint, keeping an eye on his muse. “Do you need anything, my love?” he would ask. She would just blush and keep quiet.

ALSO READ: You Are Making My Grey Glow

Around afternoon, uncle would give her a bath and cook a simple meal of khisuri or rice, dal and aloo fry. He would then feed her, wash the vessels and clothes, humming a song to himself all the while. On some days, before evening tea, he would visit the only market in the town with three shops. A fourth one was added to it when uncle Laber opened a small stall. It was attached to a woollen garment shop owned by Neelima, a Nepali woman. In his stall, uncle sold his paintings. He had stacked some books and audio cassettes to att­ract customers. But even then, it would be weeks, sometimes months before anyone would buy anything from him. Neelima was the one who mostly took care of uncle’s shop. In return, he gave a small share of his earnings to her.

Aunty, the rumour went, was a popular singer and was about to get married when she suffered a massive stroke. It numbed most of her senses, including her voice and legs. Uncle was her neighbour and a few years younger than her. One day, he decided to marry her. His family opposed the union, her’s did not express its view. That is, again, what uncle had told someone. Or not. Whatever be their truth, I saw love emanating from the hut whenever I looked towards the hill.

Some thought uncle was an Oxomiya from neighbouring Assam. Some said he was from Bihar or Uttar Pradesh. But almost nobody thought he was English. I did, and always wondered whenever I saw him on the roads with a vegetable bag hanging from his right shoulder—“Why not English?” Uncle spoke Hindi, Assamese and English with equal ease. His hair was all grey and his skin white as a blank piece of paper. The old man—around six feet tall and perhaps in his early 60s—had an aura of sophistication, much like an English gentry from those European films. Aunty was fair with a hint of pink on her cheeks.

For years, everybody lived alongside the couple, never missing a chance to talk about them. “Who are they, after all!” “What are they doing here for so long?” But most of these people, on transferable jobs, would leave Anini before getting an answer.

Years after my father was transferred to ano­ther place, we got a phone call from one of our neighbours in Anini. He told us that aunty died one breezy summer afternoon, just like the one when she first arrived in Anini. There was no helicopter scheduled on that day. So, she couldn’t be taken to the hospital in Roing. She died before uncle could take her to the nearby dispensary. Soon, he left the town after burying his wife in the courtyard of their hut. They say he boarded the helicopter and disappeared into the mountains. “Just like he came from nowhere!”

Play Us A Memory, Violin Man

I, Me, Myself: Indian Women Pushing Back Against Social Narratives To Be Single

Friends Without Benefits: Decoupling Is A 21st Century Ddea Whose Time Has Come

Her Palace Of Dreams

Diary | Love In College: Jab We Met, And It Was Magic