Killing Hope! Why Dr Payal Tadvi's Suicide Is No Less Than A Murder

Dr Payal Tadvi was allegedly harassed by her seniors at Topiwala National Medical College in Mumbai. From Jalgaon district, she would have been the first specialist, a post-graduate doctor from the Tadvi Muslim Bhil community 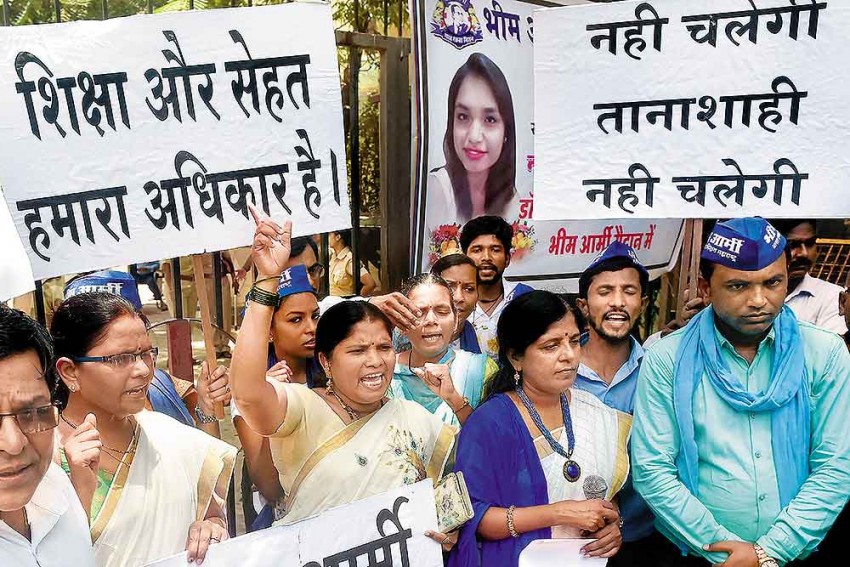 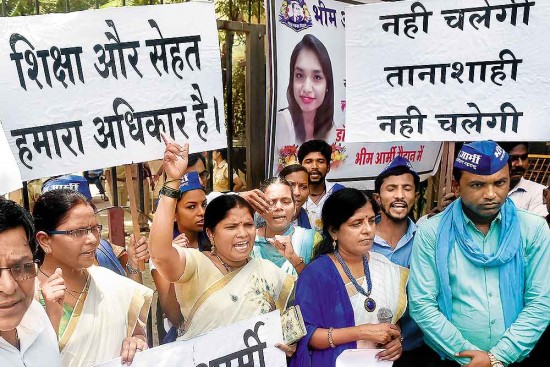 Dr Payal Tadvi’s Facebook cover photo is a portrait of hope—five girls facing the ocean, hands stre­tched skywards. Her last event update on the site is that of joining the gynaecology department at the Topiwala National Medical College in Mumbai last year. She was found  han­ging from the ceiling fan in her hostel room on May 22 after allegedly facing caste harassment from her seniors. Dr Tadvi was from the Tadvi Muslim Bhil scheduled tribe community.

Hema Ahuja, Bhakti Mehare and Ankita Khandelwal, all of Dr Tadvi’s seniors who allegedly harassed her for months, have been charged with abetment to suicide. The case has been handed over to Mumbai Police’s Crime Branch. Many are calling this an instance of institutional murder and there has been outrage on social media. Reports say that the hospital autho­rities were informed about Dr Tadvi’s harassment but they didn’t act on it. Salman Tadvi, Payal’s husband, had filed a verbal complaint with her department head on May 13, nine days before her death. Dr Tadvi’s family was quoted as saying that her harassment got worse after the aforementioned seniors came to know of this complaint.

Hospital’s ­anti-ragging ­committee has said that Dr Tadvi was subjected to “extreme ­harassment” before her suicide.

Now, the anti-ragging committee of the hospital has said in a report that Dr Tadvi was subjected to “extreme harassment” for several days before her alleged suicide. After her postmortem report came out, a possibility of her death being a murder was also raised, but the court has rejected this claim and remanded the three doctors in judicial custody.

Dr Tadvi came from Jalgaon district, Maharashtra, and would have been the first specialist, a postgraduate doctor, from her community. She was known to be a motivated and enthusiastic person. Her Twitter feed is full of posts tagging international organisations and famous personalities about issues such as hunger, nutrition, famine, etc.

Most doctors admit to an atmosphere of rampant bullying and ragging in medical colleges, but caste discrimination goes largely unacknowledged. Dr Sagar Mundada, a psychiatrist and former MARD (Mah­arashtra Association of Resident Doctors) president says unb­earable workload and harassment by seniors is common. “The atmosphere is full of pressure and the workload is unmanageable sometimes. We have come across many cases of seniors picking on juniors. It’s about power and showing ‘who’s-the-boss’ but it clearly amounts to ragging. We haven’t come across too many cases related to casteism, but it must be addressed.”

Dr Rewat Kaninde, former president of Dr Ambedkar Medico’s Association, who is currently working at JJ Hospital in Mumbai, says, “To say she was mentally depressed or weak is like telling a rape victim that she should have worn better clothes. Or calling a farmer’s suicide a case of alcoholism! The attitude is clearly discriminatory and it creeps in the smallest of conversations and actions. To equate reservations with murder of merit itself makes their attitude very clear. We follow UGC guidelines, then why don’t we have a redressal mechanism as advised in each medical college? I know of people who have been discriminated on caste lines but there is no mechanism to take it forward.”

The Tadvi family’s counsel, advocate Nitin Satpute is planning to file a public interest litigation at Bombay High Court to raise the issue of caste disc­rimina­tion and ensure the impleme­ntation of the redressal mechanism. “There have been cases in the past and we will put it together in the petition,” he says, adding that Dr Tadvi’s parents will not become petitioners as they cannot travel frequently.

Even as various protests are being orga­nised in villages around Jalgaon, messages of solidarity flood Dr Tadvi and her husband’s Facebook pages. Her death brings back memories of the death of University of Hyderabad Phd student Rohit Vemula in 2016 and is yet another reminder of how far institutions—and society at large—are from ensuring an equal space for students.