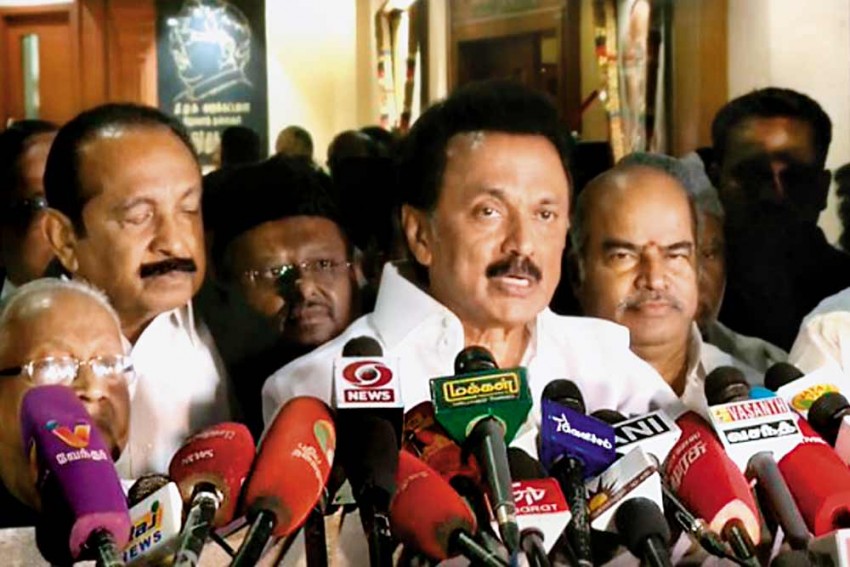 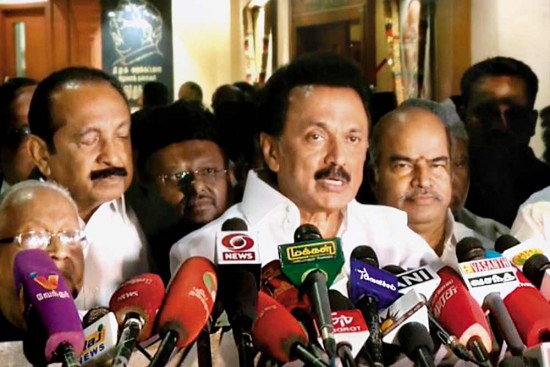 Tamil Nadu has had occasional dallian­ces with separatism. After the 1962 Sino-Ind­ian war, at the height of the anti-Hindi agitation, the DMK wat­e­red down its demand for a separate Tamil nation only after being threa­tened with sedition. But even after the ’60s crisis died down, separatist voices kept resu­rfacing. Indeed, at times it is even fashionable to air such sentiments while snatching at an unf­olding event.

The scrapping of Article 370 has inaugurated ano­ther such season for separatism. This time, mainstream parties, not just fringe gro­ups, have jumped into the fray. DMK spokesperson and advocate A. Saravanan waded into a controversy when he declared on TV that “Jammu and Kashmir was never an integral part of India”. When the NIA started making enquiries if his observation amounted to treason, Saravanan released a statement that “he never uttered anything against the integrity of the country” and that J&K’s integration had happened after Raja Hari Singh signed the Instrument of Accession in October 1947.

Political commentator M.R. Ven­ka­tesh points out how the DMK had alw­ays rubbed shoulders with separatism under the garb of defending federalism. “The party would not openly advocate secession but would extend support to groups and leaders who are brazenly secessionist. It would couch such support as upholding ‘democratic rights’.”

The abrogation of Article 370 has given the DMK a chance to even assume a leadership pos­ition at the national level by organising a protest at Delhi’s Jantar Mantar on August 22 to demand the release of Kashmiri leaders under house arrest. “It is wrong to project our protest as supporting separatism in Kashmir or elsewhere. We only demand that detained leaders should be released so that normality can be restored in the Valley. You cannot imprison an entire people by pointing the gun,” explains R.S. Bharathi, DMK Rajya Sabha MP.

The DMK often flirts with separatism under the garb of defending federalism, says a commentator.

Another leader who ratcheted up his rhetoric was MDMK chief Vaiko. After initially blaming the Congress for Kashmir’s problems, Vaiko prophesied that after revocation of the special status “Kashmir will not be a part of the country when India celebrates its centenary of independence”. Scathing criticism from the BJP arrived soon after. “Till a few years ago he was predicting an independent Tamil Eelam in Sri Lanka…. He wants to sow the seeds of separation within India. Vaiko’s words…only dent his political credibility. He has been sentenced to one-year RI in a sedition case. And yet he wants to rub the law on the wrong side with his hotheaded pronouncements,” BJP spokesperson Narayanan Thirupathi said.

Director Seeman, who heads the Naam Thami­zhar Katchi and openly adv­ocates a Tamil Nadu only for Tamils, also used Kashmir to peddle the idea that the Centre, if left unchallenged, might even split Tamil Nadu and make Chennai a Union territory. Strangely, even senior Congress lea­der P. Chi­­dambaram spoke on sim­ilar lines. “This is nothing but scare-mongering. The BJP had spoken about Article 370 in its manifesto and implemented it. The division of any other state has not been mentioned anywh­ere,” points out state fisheries minister D. Jayakumar.

Since such a debate in Tamil Nadu can hardly be deemed complete without film personalities, they too threw in their lot. Actor Siddharth reprised his role of a rebel in Rang De Basanti and challenged the Centre to clamp a curfew and cut off internet in Tamil Nadu after it imposed those restrictions in Kashmir. Actor Vijay Sethupathy, while on a tour of Australia, termed the abrogation of Article 370 as undemocratic. “It is doubtful if someone sitting in Australia would even be aware of the full import of the move. After the Jallikattu agitation of 2017 it has become fashionable for every actor to air his views on every subject. The more controversial the subject, the better for them to pitch in with their views,” quips lawyer A. Kumaraguru.

The urgency with which these leaders have attempted to exploit the Kashmir issue is also aimed at neutralising any positives the BJP might have scored in Tamil Nadu by a decision that is seen as bold and was even publicly endorsed by Rajinikanth in Amit Shah’s presence. “The undoing of Article 370 has shown Modi to be a decisive leader which is not relished by the likes of Stalin and Chidam­baram. Hence their attempt to undermine its impact,” argues BJP leader K.T. Raghavan. Thus, rumblings in India’s northernmost territory have animated the politics of its southernmost state.