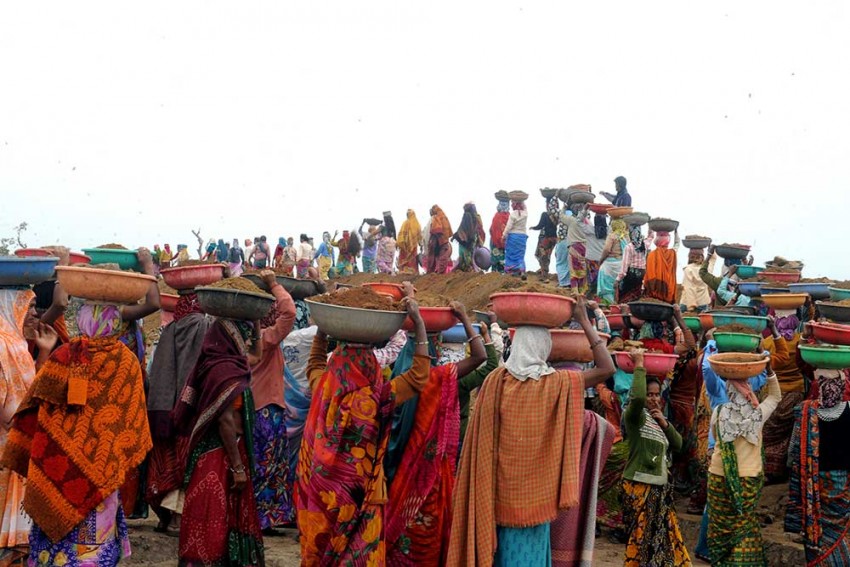 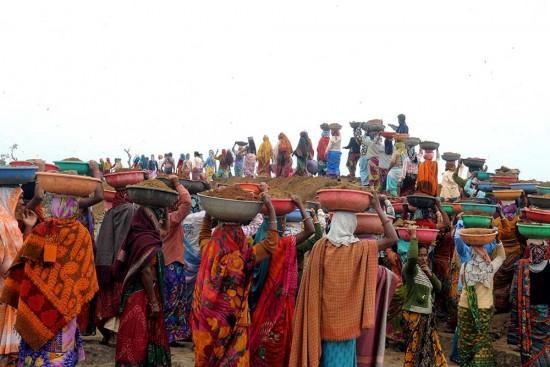 The trajectory of development was redefined at the global level with the adoption of Agenda 2030 (popularly known as sustainable development goals, or SDGs) on September 25, 2015, by the UN General Assembly, which changed the focus from ‘growth-centric’ to ‘sustainable, inclusive, equ­itable and just’ development. PM Narendra Modi reiterated India’s commitment to SDGs at the UN and other international fora.  But has it cut ice at the operational levels? NITI Aayog, the nodal body envisioning and overseeing implementation, has tried to identify existing policies and relate them to the targets. There has been some visible involvement of states like Assam, Chhattisgarh and Himachal Pradesh—for insta­nce, Chhattis­garh’s Naya Raipur Declaration. Andhra Pradesh has an online dashboard for real-time monitoring of outcomes. The Union cabinet recently approved a high-level steering committee for periodic review of the national indicator framework for monitoring the SDGs. Government sources suggest framework has been finalised and will be in the public domain after a go-ahead from this committee. This would make the achievement of SDGs measurable and fix accountability.

A big shortcoming is that SDGs have not been aligned with budgetary allocations, the most crucial factor for their exe­cution. So, while the National Health Prot­ection Scheme covering 10 million families is well in line with Agenda 2030’s goal no. 3 (“ensuring healthy lives and promoting well-being”), there has been “a strong policy shift...in the int­erim budget 2019 towards insurance-based healthcare model at the cost of weakening public health system”, acc­ording to the Centre for Budget and Governance Accountability. This is a cause of worry. And, though the highest allocation of Rs 61,000 crore for the rural employment scheme, MGNREGA, has been made in the revised estimates for 2018-19,  the figure is not enc­ouraging when adjusted to inflation. Moreover, the direct income support of Rs 6,000 a year for farmers is abysmal, given the scale of distress. Allocations to and spending on flagship social schemes such as food security and Beti Bachao in previous budgets have also drawn flak from experts and activists.

SDGs have not been aligned with budgetary allocations, the most crucial factor for their execution.

In the March 2018 Asia Pacific Forum on Sustainable Development (APFSD) in Bangkok, NITI Aayog  vice-president Rajiv Kumar claimed that Aadhaar has potential for successful delivery of welfare with minimal leakage. In sharp contrast to the claim, hunger deaths due to making Aadhaar mandatory for accessing the public distribution system were reported from Jharkhand and Uttar Pradesh recently.  And there has been no serious attempt to popularise Aadhaar with mass awareness drives and capacity-building measures among the key actors.

There have been some stand-alone initiatives for fulfilment of SDGs, but they have not been thought through and the int­erconnectedness among the goals is not understood. Some goals related to education, health and climate change have been cherry-­picked, leaving behind important ones such as red­ucing inequality and building a pea­ceful soc­iety. This means the spirit of SDGs has not been comprehended and its transformative aspects are ­absent in the government’s actions. It is being seen perhaps as just another framework to get international attention.

The government claims India can achieve the Paris agreement targets on renewable ene­rgy generation before 2030, but we have been ranked 177 among 180 nations on the 2018 env­ironment performance index in a report by Yale University and the World Economic Forum. This is despite launching the international solar alliance with France, installation of solar parks, creation of green energy corridors. Regarding inequality, the recent OXFAM India report suggests India’s wealthiest got wealthier by 39 per cent even as wealth of the bottom half of the population grew by a mere 3 per cent over last year.  All these call for urgent act­ions tow­ards realising SDGs, but the government ought to understand that it cannot do it alone. This needs to be taken into a campaign mode, just like the successful one for polio eradication. Partnership with civil society and other stakeholders should be formalised along the lines of the APFSD, High Level Political Forum and the South Asia Forum on Sustainable Development. At the national level, something like a ‘National Forum on Sustainable Development’ could be conceived for a multi-stakeholder engagement and discussions involving civil society should go all the way down to at the local bodies.

The time for rhetoric on sustainable development is over; it’s time for concrete, visible and accountable actions.

(Baisakh is Asia coordinator of Global Call to Action Against Poverty and Behar is CEO of Oxfam India.)

The Job Boom On Paper