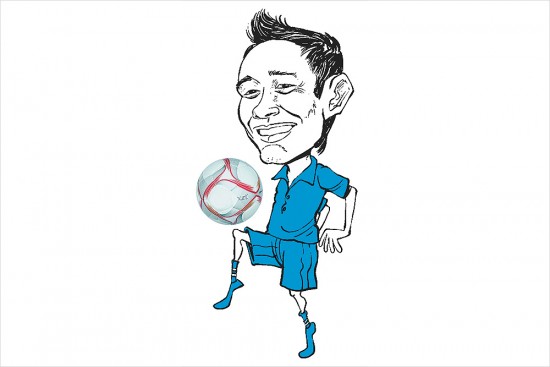 Hamro Sikkim Party, floated by football icon-turned-politician Baichung Bhutia in February 2018, will make its electoral debut on April 11. Sikkim has simultaneous polling—HSP will cont­est all 32 assembly seats. Baichung himself, brimful with talk of change, will contest the sole Lok Sabha seat in the state. Excerpts from an interview with Jeevan Prakash Sharma:

Are you looking for a tie-up with any national party?

A: No. We are a young new party, we need to build it strong. So we want to go it alone for both assembly as well as the Lok Sabha.

After retirement, you’d joined Trinamool in 2013 and contested twice on its ticket—from Darjeeling (LS 2014) and Siliguri (2016 assembly polls). You lost both. Didn’t that deter you from politics?

I lost because I was an outsider in West Bengal. That’s not the case now. I was born in Sikkim. I have my roots here.

You are challenging Pawan Kumar Chamling, India’s longest-serving CM, in off­ice since 1994. Isn’t that quite a mountain to climb?

Not at all. In politics, there is always something bey­ond what you see. He’s been there so long because there was no strong opposition. That’s not the case this time. HSP will give him a tough fight and make a very good impact…it’s a clean party with credible people. Our major issues are corruption, jobs, lack of education and infrastructure. They’re a highly corrupt political class. Sikkim is looking for an alternative and I’m very confident we’ll be the first choice.

You think BJP is trying to take political advantage out of Pulwama?

Yes, it should not happen. To be honest, any other party...