It's An ­Int­olerant Gang That Says Don't Vote For A Party: Anupam Kher

More than 500 films old, actor Anupam Kher has been one of the staunchest supporters of PM Narendra Modi in recent times. He was among the first to take on a group of film and theatre artistes when they issued a joint appeal to ­voters to oust the NDA government in the polls. 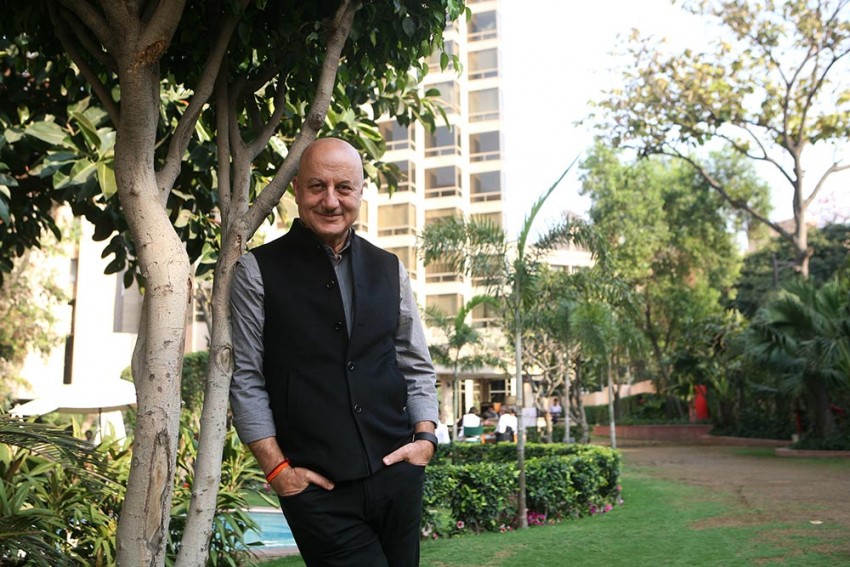 Photograph by Sanjay Rawat
Giridhar Jha May 02, 2019 00:00 IST It's An ­Int­olerant Gang That Says Don't Vote For A Party: Anupam Kher 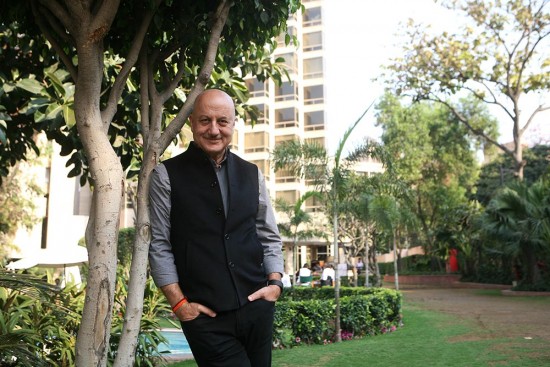 More than 500 films old, actor Anupam Kher has been one of the staunchest supporters of PM Narendra Modi in recent times. He was among the first to take on a group of film and theatre artistes when they issued a joint appeal to ­voters to oust the NDA government in the polls. Kher tells Giridhar Jha why he is so vocal in his support of the prime minister.

More than 600 film and theatre ­art­istes recently issued an appeal to the electorate to not vote for the BJP. How do you look at it?

It is not the first time such a thing has happened. Some of the same people had done this before the 2014 general elections; so it is not surprising. They can use their democratic right and so can others. Basically, by telling the voters to not vote for the BJP, they are calling upon them to vote for the Congress or the SP-BSP.

Such campaigns have coincided with the rise of Modi. Even though many film personalities were associated with different parties in the past, no such appeal to voters was made before 2014. Has Bollywood divi­ded into pro- and anti-Modi camps over the past five years?

I don’t think the industry has been divided as such. Everyone has an opinion, which they express freely today. Are journalists not divided? The 2014 campaign was started by some persons who made 60-70 people from the industry sign a petition. It had nothing against any particular person. Everybody has their own ideology. So after 600 people called for voting out the NDA government, more than 900 people wrote why you should vote for Modi. Finally, the voters will dec­ide. The NDA did not come to power undemocratically. It is an ­int­olerant gang telling others not to vote for those who have been ­democratically elected.

Mr Modi is not a dynast. He has risen from the ranks of a party ­karyakarta. I think the divide has to do with people considering ­themselves sup­erior to others by telling them who to vote for.

But Modi has had a large following in the film industry.

Nobody is a bigger star than Lata Mangeshkar and she wants Modi to move forward. Stars like Hema Malini, Dharmendra and Kirron Kher have not merely been from cinema, they have won elections on BJP tickets. Look at Sunny Deol’s body of work or, for that matter, cricketer Gautam Gambhir’s. Are they nob­odies? It is not as if a bunch of illiterate people is supporting Modi or the BJP.

But no group from the industry had ever run a campaign against a PM or a PM ­candidate until 2014.

Maybe they were okay with dynastic rule.

Many of your film world colleagues retaliate to your tweets. How do you see that?

Everyone has a right to say whatever they want. It doesn’t affect me. Koi mujhe yahaan khana thode hi deta hai (They aren’t feeding me here). I’ve done 515 films over the past 35 years. Mine is a classic story of a struggling actor who comes from nowhere and works his way up. Had I been a different person, I would not have stuck my neck out.

Has your political stance affected your personal relations with people?

You can be together even if you do not agree with each other all the time. Differences of opinion exist even among family and friends. You cannot be popular among everybody in the world. It is not as though I have changed my stance in the past 10 years. I am the same person who stuck his neck out for the India Against Corruption movement, a platform that saw the rise of Arvind Kejriwal. Today, I see how Kejriwal has turned out to be a disappointment. The movement was launched against the Congress regime. Today, the same person is begging the Congress for a coalition. Relationships keep getting made and unm­ade; ultimately, you just have to res­pect yourself and your conviction.

Are actors discriminated against because of their political affiliations when it comes to getting roles in films?

You don’t get roles in the film industry because you are or are not associated with any alliance. You get roles because of your work. As far as I am concerned, somebody needs to have guts to make me feel smaller or knock me down. I have faced ups and downs over the years, but self-respect is the only weapon one has. I think somebody who rises on his own has to have some ­arrogance, but in a good way.

Is Bollywood Fida On PM Narendra Modi? It's Dangal Break In B-Town!