Rajat Sharma, senior journalist and president of the News Broadcasters Association (NBA), talks about sensationalising the Sushant Singh Rajput death coverage and the trial by media. 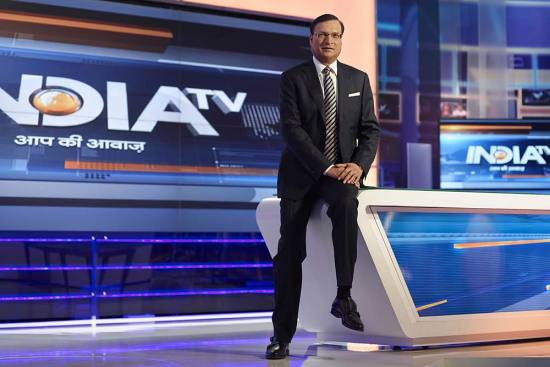 Senior journalist Rajat Sharma wears two hats. He is the president of the News Broadcasters Association (NBA), entrusted with  policing TV content. He is also the  editor-in-chief of India TV, which like many others is being accused of sensationalising the death of Sushant Singh Rajput. Amid suggestions that powers of the NBA be increased to tackle over-the-top reporting, Sharma speaks to Prashant Srivastava on the raging issue. Excerpts—

How do you see the way TV media is doing coverage on the Sushant Singh Rajput death case?

It seems that the work that should have been done by the police or investigating agency is done by media.

If you look at the extent of curiosity on people’s minds over the circumstances surrounding his death, you will surely find that the reporting has not been too much. Sushant’s death is still wrapped in mystery. He was a successful actor, he had money, fame, family and home, and there was hardly any reason for him to commit suicide. That’s why this story became so big. Had Mumbai police handled the case properly, media would not have gone to this extent in investigating the case. Mumbai police command prestige; they have a glorious history and people exp­ected them to go deeper...